Filmmaker Mojidra speaks about the hurdles he faced while exposing the condition of lions in Gir, alleges that people and groups close to the forest department tried to get him to shelve the documentary.

Gujarat's Gir forest has been known for a long time now as the last abode of the Asiatic lion. While conservation efforts by the government have borne fruit and the lion population has grown over the years, topping the 500 mark, experts have warned that the localized population and in-breeding pose a threat to the survival of the species. And this year alone, 23 lions have died so far of disease and fighting.

Director Narendra Mojidra’s Gujarati documentary, Khamma Gir Ne, aims to explore the condition of the lions of Gir, which are now moving out of the designated national park into the surrounding villages on account of overpopulation.

During a chat with Cinestaan.com, Mojidra spoke about his choice of subject for a documentary and how he went about the task.

The filmmaker believes lions in India are not as lucky as tigers. “As the tiger is our national animal, it gets more importance and attention in terms of funds and policies," he explained. "The tiger is always in the limelight. People come together and march to save the tiger, but there is hardly any support for the lion. There are many noted tiger experts and conservationists in our country, while there is not a single face or name that can be connected with lions.” 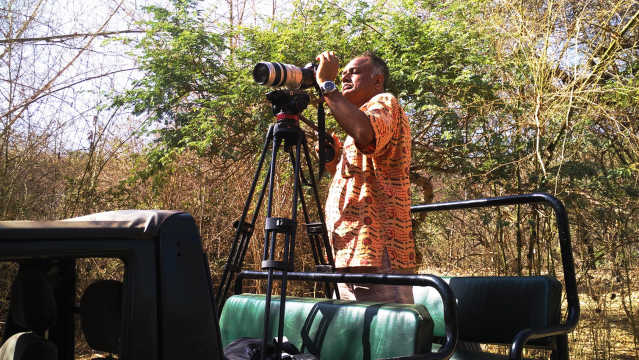 Mojidra had actually planned to make a feature film involving lions. “I went there to do some research for a feature film," he said. "What I saw there was very different from what we perceive or have been told. That’s when I decided that making a feature film won’t serve any purpose because it is, at the end of the day, fiction. I started shooting in 2015. It went on for three years.”

Interestingly, Mojidra and his colleagues did not face any hurdles during their shooting expeditions from the locals in and around Gir. “The native people who have been living in Gir all their lives have seen the changes happening there," he said. "They were very nice, transparent and open about all these things.”

According to Mojidra, these people have created an illusion that "Gir is this and that" and that "nothing can go wrong in Gir. They say all is well and the lions are safe. These people created a lot of problems for me when they came to know I was making a documentary based on reality.” 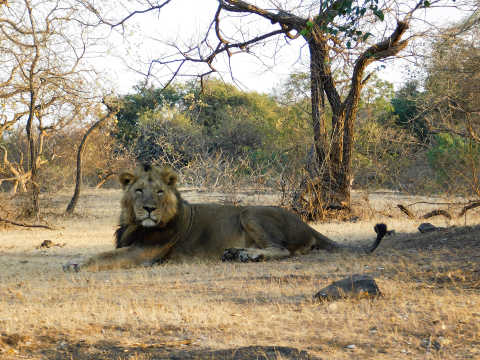 The filmmaker said those opposed to his work even used social media to create hurdles. “They even called up the forest department, told my producer and music director not to work with me. They started criticizing me on social media and spreading lies that I was doing this to make money,” he said.

Elaborating, Mojidra said, “They believe they are the saviours of Gir and nobody from outside should come and take their place. They call themselves NGOs, but they are the mouthpiece of the forest department. If something goes wrong in Gir, they keep telling everyone the department is doing its best and working hard and that’s why we have lions left. They are like a shield. The department has created them by giving them certificates at events and letting them enter the jungle whenever they want.”

When Mojidra was not deterred by their opposition to his filming, he began to receive threats. “They had shot videos of lions and leaked them on the internet," he said. "They used to tell me they are staying here and doing a lot of work for the welfare of lions and that I have no right to do anything there. They said if I came to Gir they would 'see' me. These were local threats, not from a higher level.”

Thankfully, the filmmaker and his team did not face any physical threats. “Because I was doing everything silently all the time," he explained. "When I was going from one village to another, I realized the department had its own khabaris [informers] in every village. They would sometimes record my calls and send them to the department. But nobody knew exactly what I was doing and what kind of people I was getting because I had kept everything under wraps."

But he was aware of the dangers. “Sometimes we would go into the deep areas where illegal activities like lion shows and mining were going on," he said. "If we were caught shooting those, anything could have happened.”

Mojidra also came face-to-face with a lion once. “Mostly wild animals do not harm you until you attack or do something wrong," he said. "Even when they know you are around, they won’t do anything. Once a lion passed just three or four feet away from me. It was accidental. We were not aware of each other’s presence. The lion looked at me and I looked at him and then he went away.” 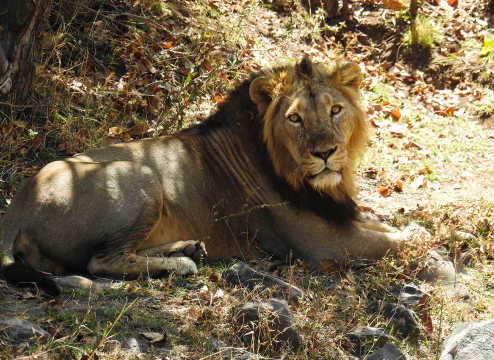 Even while shooting the film, Mojidra's team was able to make an impact by stopping one particular practice. “I came to know that shooting lions at night is against the law. Because of that, too, some people did not like me. They said, ‘Who are you to tell us?’

"But now putting up night photographs of lions [on social media] has stopped. Even the number of daytime photographs posted has gone down. The department stops people from venturing too close or clicking pictures. So, in a way, the awareness we were running has made an impact.”

Mojidra, however, has a more serious appeal for the authorities. “I think this [the large number of deaths] should be taken as a warning," he said. "The Gujarat government, the Indian government, the forest department have to take this very seriously and do something on a big scale. [But] it has become a political matter and they are brushing it under the carpet. Things are not going in the right direction.”

Echoing the Supreme Court, which had ordered the transfer of some lions to a different wildlife sanctuary in neighbouring Madhya Pradesh, he said, “There is a chance we may lose our lions in the near future. It will be too late then. Now is our last chance. We should create new homes for them in India or even outside. The lion belongs to the planet, not just to India.”