Only micro percentage of women are speaking up: Lipstick Under My Burkha actress Plabita Borthakur


The young actress will be seen next in Waah Zindagi, which also stars Sanjai Mishra, Vijay Raaz and Manoj Joshi.

Director Alankrita Shrivastava’s Lipstick Under My Burkha (2017) succeeded in making a strong statement in favour of women's empowerment and showing a mirror to the society when it comes to living life on your own terms. Plabita Borthakur, who played the youngest of the four characters, also managed to create an impact without speaking much through dialogue.

She is glad that women are raising their voice even in real life through the #MeToo movement in the country. In fact, Borthakur, feels there is a lot more speaking up to be done. “It is great. I would still say that probably some micro percentage of women are speaking out. They have been facing harassment everywhere since ages,” she said during a conversation with Cinestaan.com.

Elaborating on it, she added, “Nobody talks about it because sometimes even women pull each other down saying, ‘It’s okay. Let’s not talk about it.’ Finally, it’s really good that people are speaking out. Nobody should go through harassment; be it women, men, animals or birds. If somebody is causing it to you, you must speak up.”

Borthakur feels that, as far as content is concerned, the current era is promising not just for female actors but for anyone from the creative sphere. “I feel most actors and filmmakers are luckier nowadays. There is a lot of space for you to put out content. Earlier it needed bigger producers. And somebody new who is really talented couldn’t just come in and suddenly say, ‘I want to make this film.’ For women too finally good content is coming up nowadays. They are not just pretty ladies standing next to the hero,” she said. 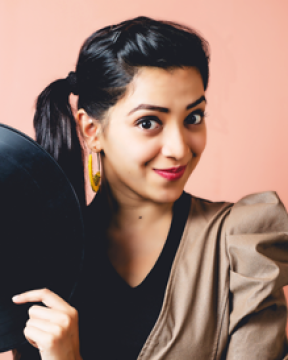 Borthakur will now be seen in Dinesh S Yadav’s Waah Zindagi, which, apart from her, stars some talented names like Sanjai Mishra, Vijay Raaz and Manoj Joshi. “Even though we say Waah Zindagi, the film is about a lot of things. It’s a coming-of-age drama where there are a lot of realizations, longing for love and about doing something for yourself and standing on your feet. The film also deals with the situation of drought in areas like Rajasthan,” she said while speaking about the film.

When asked about her character, she said, “I am playing a simple girl in love with her childhood lover. She tries really hard to reunite with her lover.”

She had a good time working with Raaz, but didn’t get to work much with Joshi. “It was really nice working with Vijay Raaz. He always makes sure that everything is worked around in the scene. Sadly, I didn’t get to work with Sanjai Mishra a lot because we have different tracks. I actually met him and we did a couple of press conferences and one day we shot together. It was very nice,” she said.

Unlike Lipstick Under My Burkha, this time she had to shoot in the heat. “We shot in Morbi in Gujarat and Rajasthan. It was the first long shoot I did in the heat. Ever since that I have just been shooting in the heat. It was difficult because you have your make-up. But once you are in the scene, you don’t have any looking back,” said Borthakur. “Overall it was a fun shoot because the script was fun. You always have so much to learn from people who are more experienced than you. Even if I am not shooting with them and just watching them shoot, that also helps a lot.”

Looking back, she believes Lipstick Under My Burkha was a landmark in her life and not just her career. “I really don’t know how to say what the film means to me. It not only means a lot professionally but also personally. This is one film that will always remain very very personal to me because of the struggles it went through and how it came out. I grew and learnt so much because of this film. A lot of things have changed [after that],” she said.

Although Borthakur graduated in Philosophy and Psychology, she was clear about getting into performing arts. “I was always in this [arts] thing because my parents were completely into arts. Although my dad was working as an engineer in an oil company, he used to be a musician at heart. My mom is a writer and poet,” she said. “They always made sure we participated in singing, dancing and acting, even when exams were going on and other students were studying. So, I kind of knew that this is all I know.”

The young actress also has Kumud Chaudhary’s Chhote Nawab, which is due to be released next year. The film has Akshay Oberoi in the lead. “That is also a coming-of-age drama. It’s about a lot of revelations in a family,” signed off Borthakur
saying.