The company put out an official announcement of Blah's resignation in the evening, after an anonymous letter alleged that the company was attempting to shield him.

After the accusations of sexual harassment by four different women against Kwan Entertainment co-founder Anirban Das Blah, the company has officially announced Blah's resignation from his position in the organisation. The announcment came through in the evening, with Kwan Entertainment stating that Blah's stakes in the company will be taken over by the existing partners.

Founder of one of India's biggest talent management company, Blah has been accused of sexual harassment and misbehaviour by four different women in the wake of the rising #MeToo campaign across industries. 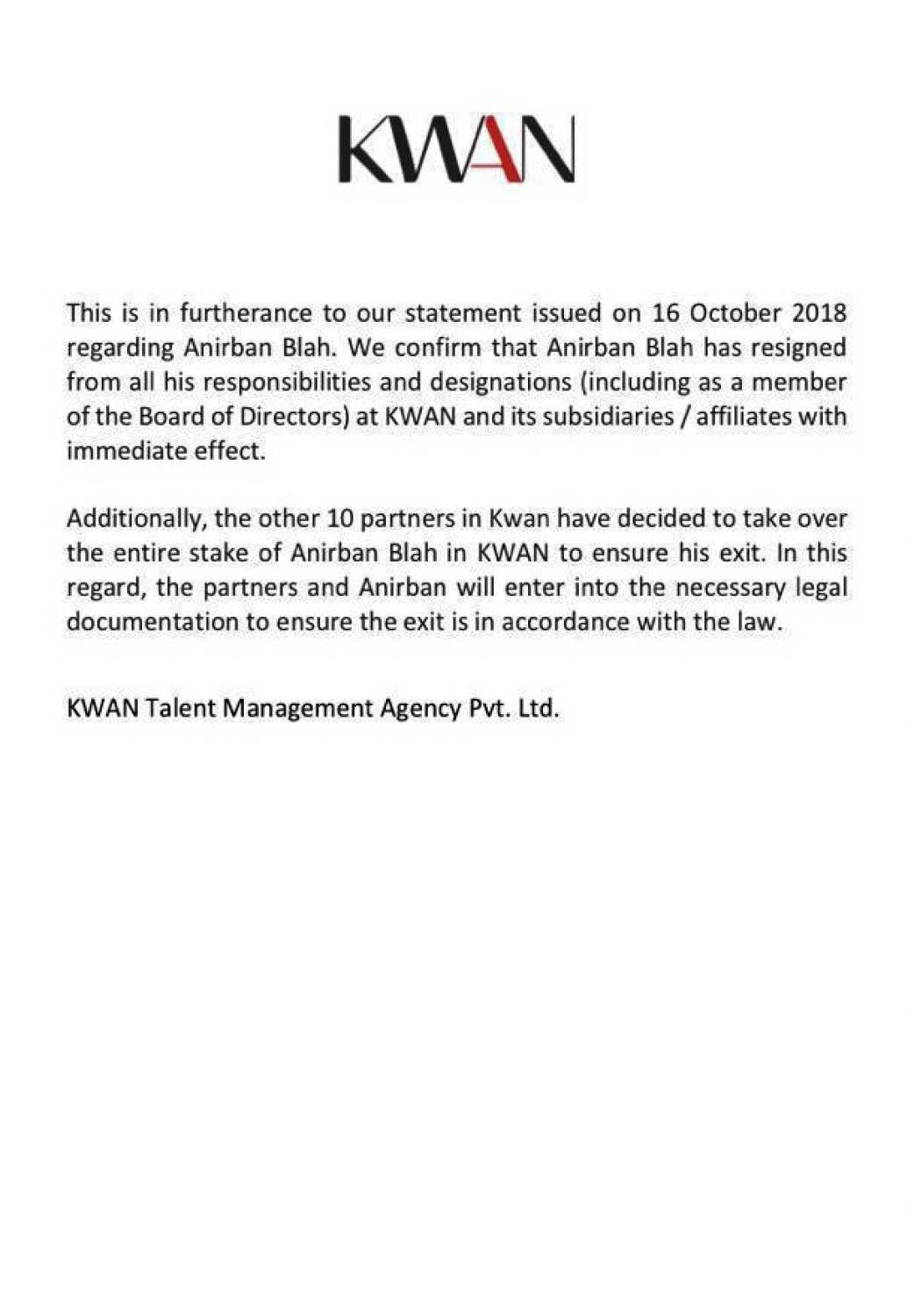 The company manages the account of some of the Hindi film industry's top actors including Sonam Kapoor, Deepika Padukone, Hrithik Roshan and Ranbir Kapoor.

Immediately after newspaper Mid-Day published an account of the four survivors speaking out against Blah, the company asked him to 'step aside from his duties, activities and responsibilities at Kwan, its subsidiaries and affiliates from immediate effect.'

However, on 17 October, an anonymous letter made its way into media circles suggesting that Blah continued to hold a position in the company. It also alleged that employees 'had been warned to stay quiet about it.'

The message read: 'To start good talks about Kwan we are asked to say he is out of services with Kwan and that's not the truth.' 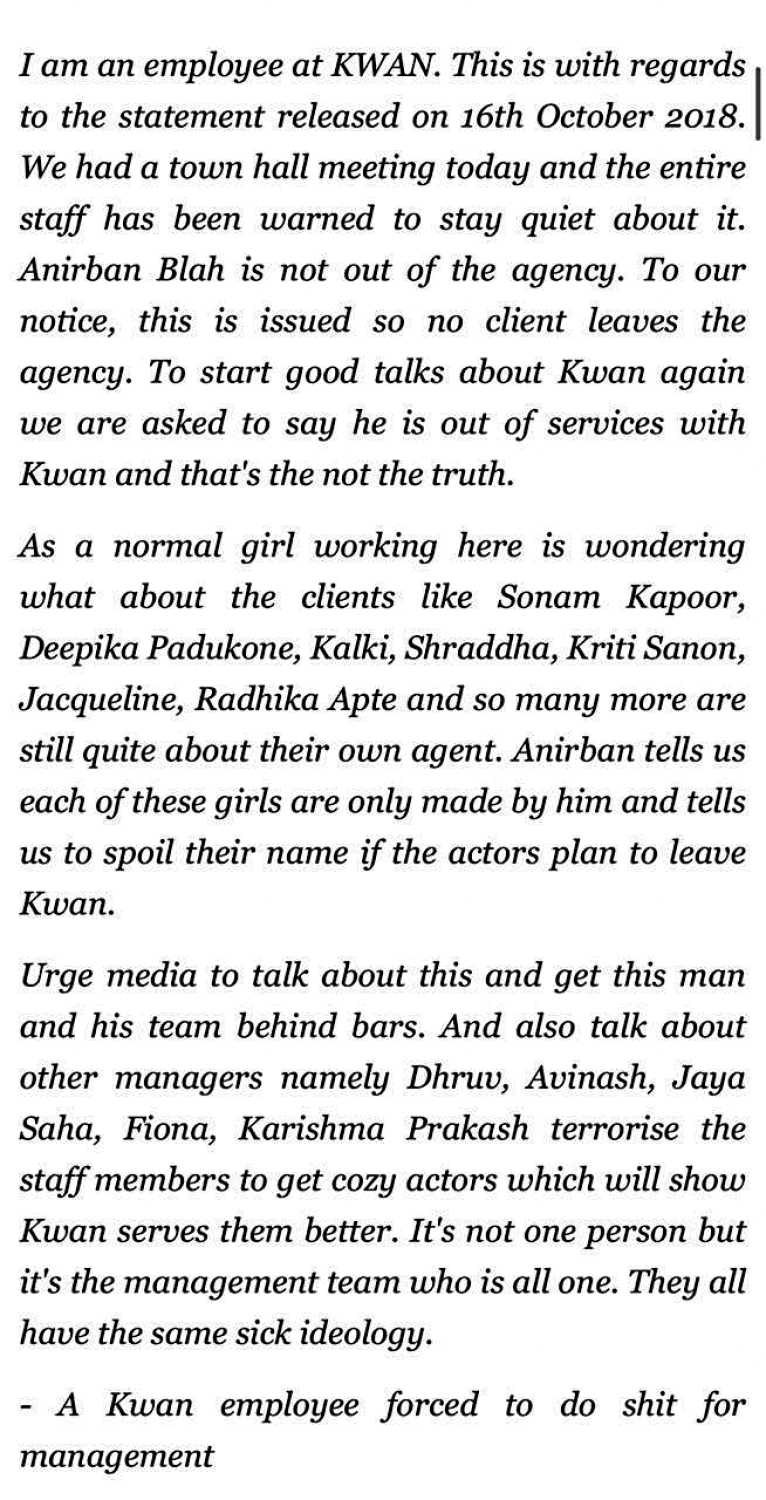 Blah is the latest casualty in the list of prominent names in the film industry accused of sexual harrasment. These include directors Sajid Khan, Subhash Kapoor, Vikas Bahl, as well as actor Nana Patekar.