The director of the upcoming film, Hamid, speaks before its world premiere at the 20th Mumbai Film Festival.

Filmmaker Aijaz Khan began his third film Hamid (2018) after being captivated by one line. Next week, the film will finally be unveiled to audiences at the 20th edition of the Mumbai Film Festival in the India story section. The drama is one of nine films nominated for the Oxfam Best Film on Gender Equality award.

“I got hooked on to this one line which was narrated to me on the phone by one of my friends from Kashmir," said Khan. "I was completely in. That’s how this one line got onto me. How this little boy whose father is missing and he keeps asking questions, ‘What is 786? Whose number is this?’ and they all tell him it’s god’s number.”

Hamid, produced by Yoodlee Films, has been inspired by the play by Mohd Amin Bhat. Khan said the play is very different; the film has been expanded from the one line he first heard a year and a half ago. It stars Rasika Dugal, Vikas Kumar and newcomer Talha Arshad Reshi as Hamid. 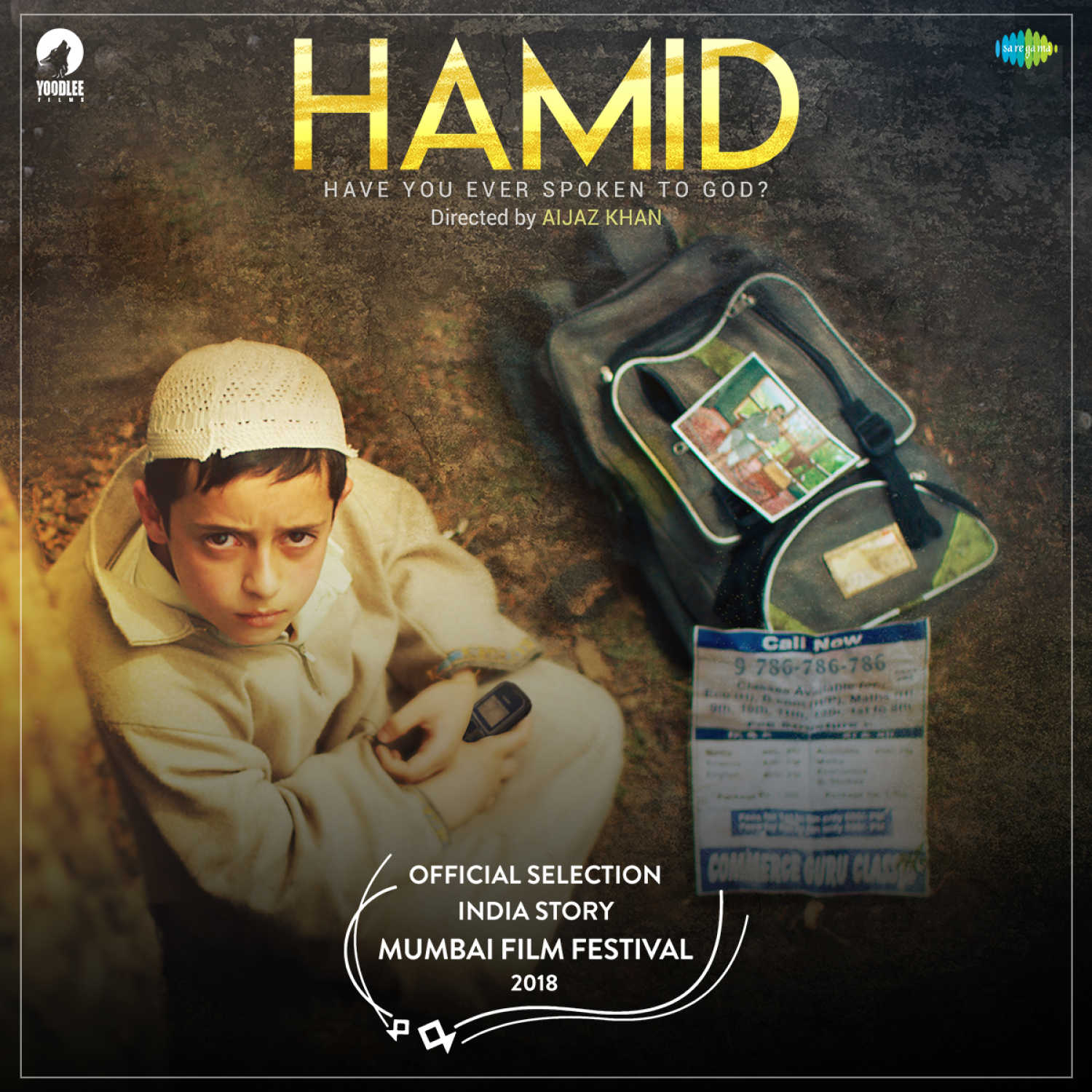 Khan admitted to feeling a bit of anxiety before the film’s world premiere at the 20th Mumbai Film Festival. “It is very exciting," he said. "Of course, I’m feeling great, at the same time, [there is] anxiety. It’s like you have given your exam and you are waiting for the results. It will always be there.”

Khan’s film arrives with a few other films, like Praveen Morchhale’s Widow Of Silence and Ashwin Kumar’s No Fathers In Kashmir that have been exploring the issue of the missing men of Kashmir and its effects on an entire generation of children. All these films are addressing this pertinent concern.

“It’s going on for a couple of years. Whatever time it is, yes, it is the right time, one should talk about this. These are the atrocities which happen in Srinagar and Kashmir, so it’s time it should be addressed. Families are really devastated by how things are over there. One should speak. I hope it is the right time,” the director said of the timing of all these films.

Hamid was shot in Kashmir and Khan reminisced about the picturesque location. “Kashmir was, I think, by far one of the best locations in the world,” he said “Wherever you would place the camera, it was a perfect frame. It was a beautiful experience. We went there earlier for the recce, so we were there for almost 20 days initially. We did a very extensive search for the character Hamid.”

Working with a young boy, Talha Arshad Reshi, who had never seen a film camera before, let alone acted in front of one, was a challenge, so Khan made a few adjustments for his film.

“What I thought was, I’m going to first know this child, see how his character is and then make my Hamid like him, rather than him acting like Hamid. What you see is the way he is. I said, let Hamid become Talha instead of Talha becoming Hamid.”

Khan wanted to keep alive the credibility of the film by keeping true to the language and casting people from Kashmir.

The film has a small cast featuring Dugal and Vikas Kumar and Aijaz Khan appreciated how intense both artistes got about their characters for the film.

“They get into the skin of the character, which you, as the director, have not seen. Or you don’t even think in that manner. Once, when actors are on board, as far I was concerned, I was completely relieved because they question you, ‘How do you go about it?’ That is the brilliance of working with good actors and these guys are amazing.”

Khan, who previously worked in advertising, said telling stories came naturally to him since childhood. He called filmmaking a beautiful craft which requires one to have technical know-how as well.

“It’s a fiction that you tell the world in your way," he explained. "Yes, storytelling is beautiful. It depends on how convincing that is, how you get [audiences] attracted towards the way you say it. So filmmaking is like that. You can do it in several ways, but every director has its own type or style to tell a story.” 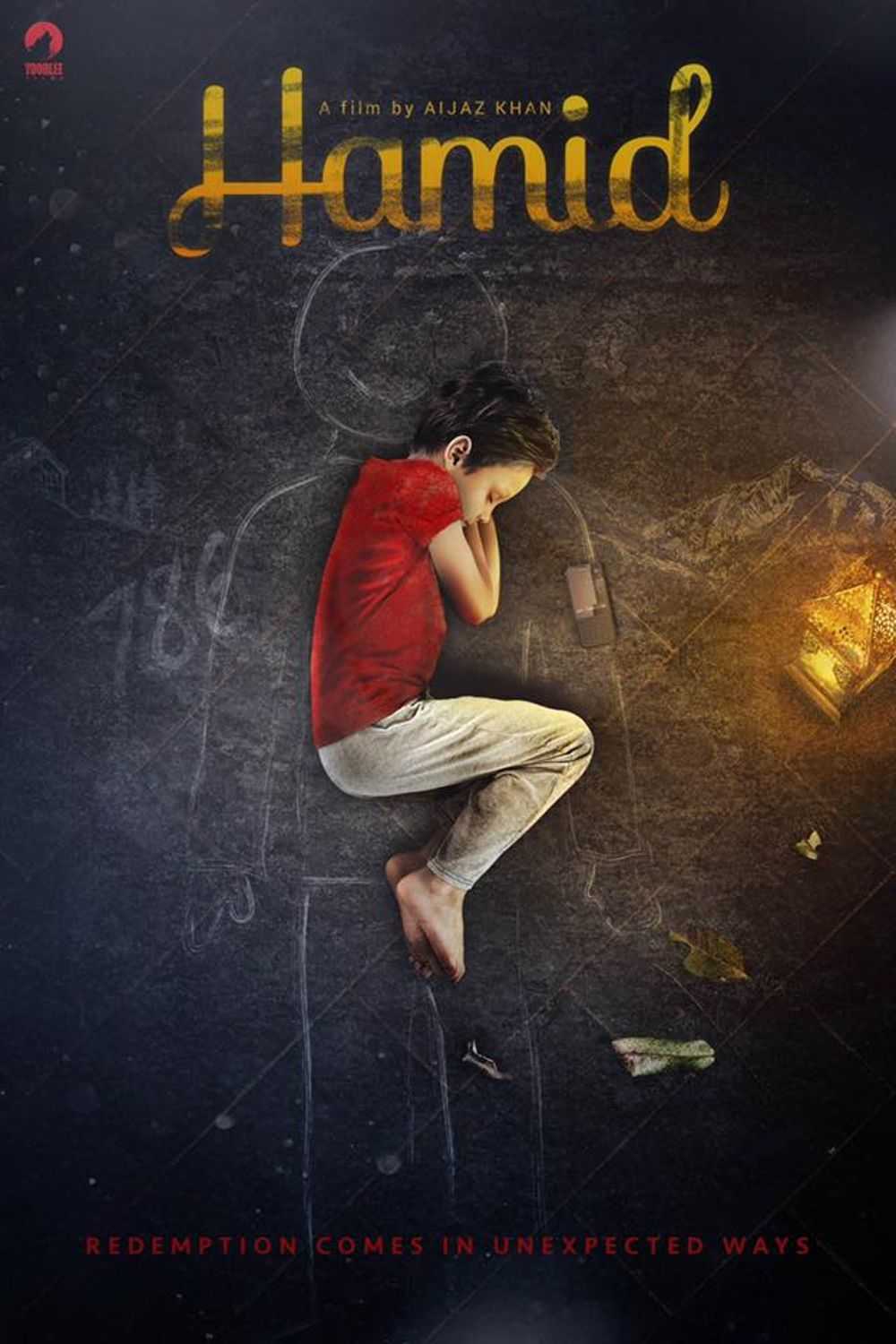 The filmmaker is the grand-nephew of the writer Ismat Chughtai and said he drew from her style of storytelling in his work from time to time.

“I have read her stories and I love the whole feeling and style that she went about, how she used to tell stories," he said. "I am quite a bit influenced by the style of her storytelling. Especially it’s that Urdu, the language which is very attractive, that is something that becomes a part of your narration. It becomes a style of the way you attract people to listen to what your thing is.”

In his career, Aijaz Khan has tried to tell different stories from around India. His debut film, White Elephant (2009), was based in Kerala, while his second, Baankey Ki Crazy Baraat (2015), was based in Himachal Pradesh. With each film, he has tried to stay authentic to the region he has set his films in.

Hamid trailer: Sensitive look at a child's grief in political climate of Kashmir

Hamid’s producers, Yoodlee Films, plan to screen the film in Kashmir and Khan believes even a small film as his should be seen by the locals.

“There are no theatres there," he said. "They have auditoriums. It’s a very good effort and the thought by Saregama [Yoodlee Films] to do this and we haven’t done it as yet but whenever before it comes out, they have plans to do that. I realized that films like these, the people out there, the locals, they never get to see. I think it is important for Kashmiris. A few of them especially were sceptical how we would treat Kashmir. It’s very difficult, and not being aware of a certain factor can ruin the whole atmosphere of the film.”