At a media interaction, the director spoke about Ayushmann Khurrana's preparation, Neena Gupta's fearlessness, and the challenge of working on a story about middle-aged pregnancy.

Director Amit Sharma's idea of a film set is one filled with fun and laughter. Speaking to reporters about his upcoming film Badhaai Ho, Sharma said, "I don’t like serious working conditions. I have sent out people who look very serious on the sets."

The trailer to Sharma's upcoming film certainly captures this essence of fun. Featuring Neena Gupta as a 51-year-old pregnant woman, Gajraj Rao as her husband, Ayushmann Khurrana as their embarrassed son and Sanya Malhotra as his bride-to-be, the trailer is a laugh riot that captures the quirky slice-of-life theme of Sharma's film.

At the interaction, the director revealed that he came across the script online and fell in love with it immediately. However, he and writers Akshat and Shantanu spent almost a year working on the details before the film went on the floors.

"Even when we were working on the script, I was clear that it had to be a comedy. We can’t make a serious film out of this," he said.

The film also marks the rebirth of actress Neena Gupta, who is on a roll after films like Mulk (2018) and Veere Di Wedding (2018). Praising her professional approach to a quirky yet awkward role, Sharma said, "I offered to buy her a whole body cover so as to make her feel comfortable when she is on set. But she asked, 'Why? Why are you so worried?' There was no hesitation."

The film has been produced by Sharma's own Chrome Pictures, in association with Junglee Pictures, and will be released in theatres on 19 October. Following are excerpts from the interaction:

How did the concept come about and how did you decide to make a film on it?

The concept was fun by itself. When I read the online concept, it was about a 51-year-old woman getting pregnant. So, I thought of getting on to it quick. Shantanu-Akshat, who were my writers, narrated the idea to me, and I wanted them to write a whole 95-page script on it.

Once the trailer was released, we started getting a lot of calls from people saying this has happened in our family as well. This happens even today, but we just hear less of it. The modernization of society has made it [pregnancy in middle age] almost taboo. But it was common back in the day.

Ayushmann Khurrana is known for picking scripts and projects  like these. Was he the first choice?

I did not choose Ayushmann because he is known to pick quirky scripts, or that he will turn this into something good. I needed someone who was relatable, understood the milieu, and would love the script. When I spoke to Ayushmann, Shubh Mangal Saavdhan (2017) had not even been released. 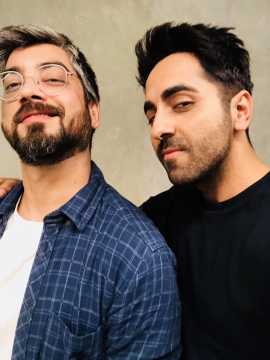 He has a knack of picking good scripts, and I give him credit for that. He is a hardworking actor. He prepares a lot. There was no point where he or I were not convinced. The same goes for the rest of the cast, who are all superb actors.

What about Neena Gupta? What was her reaction?

She heard the narration and said, 'I am ready, but I am not sure if you will take me.' I told her she was the only one for the role. The story belongs to the entire family. When it comes to such a story, all characters are equally important.

The trouble was making her look pregnant with an additional prosthetic stomach. It is a little awkward for an actor of that age to walk around looking pregnant. I offered to buy her a whole body cover so as to make her feel comfortable when on set. But she asked, 'Why? Why are you so worried?'

There was no hesitation. She understood the milieu of the film and the language immediately. All of them, in fact.

The trailer depicts a strange contradiction with the younger generation (Ayushmann) being surprised while the older generation is more accepting of the situtation. How did you approach that through the story? 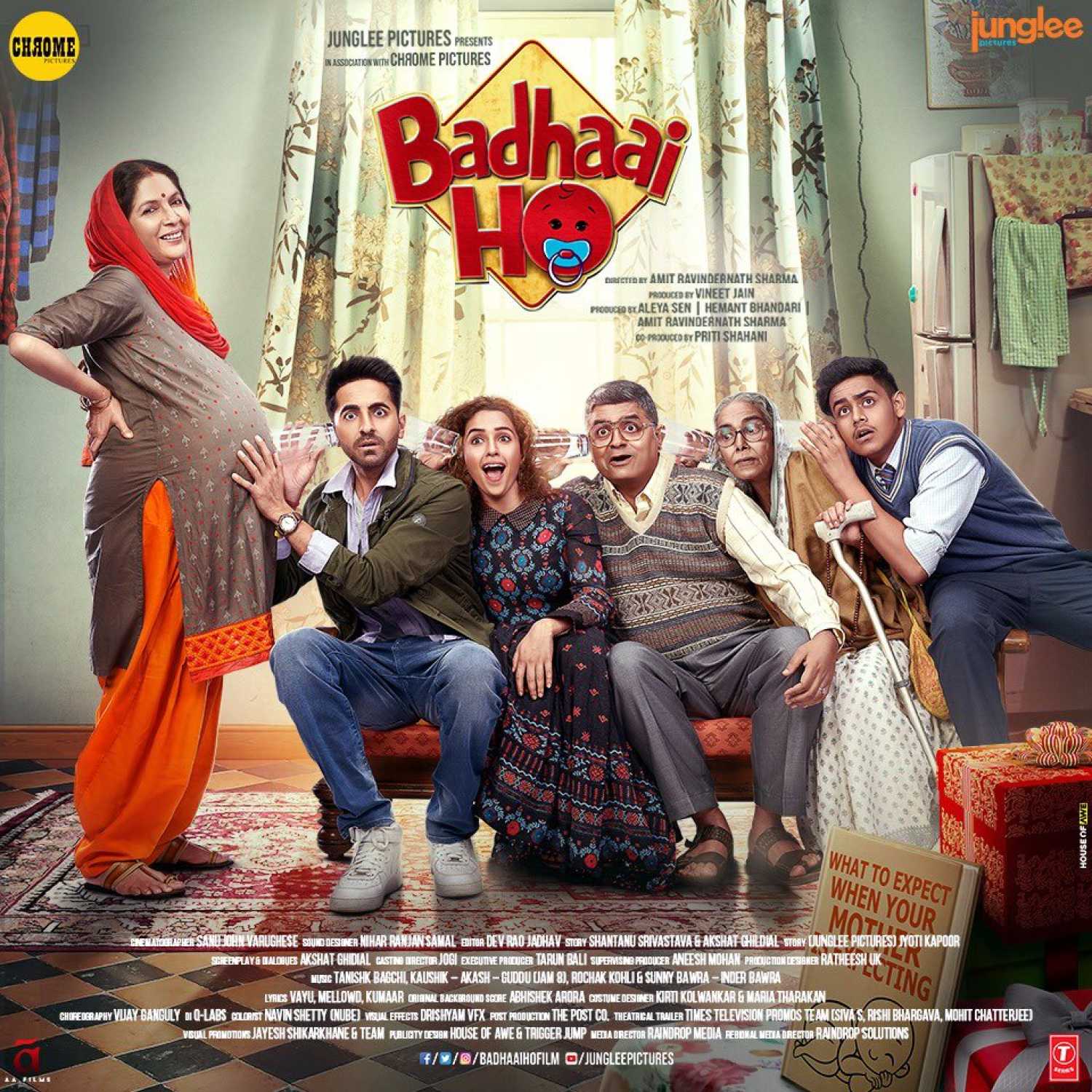 Well, how would you react if this happened in your house? There would be some awkwardness. Why is it so? This film talks about that specifically. Sanya’s character is exactly that. She questions Ayushmann’s hesitancy over the fact that his parents have sex.

As kids, we place our parents on a pedestal. That’s the thing. We laugh when it is happening in our neighbourhood but not in our homes. Even when we were working on the script, I was clear that it had to be a comedy. We can’t make a serious film out of this.

When we had spent almost a year working on the script, I remember, I was at a party and I heard someone say Priti Sahni from Junglee is working on an interesting script. So, I asked them what the subject was, and it was the same. No one has a copyright on the idea, the key is the story which is different.

So I met Priti and told her 'I heard we are working on the same idea’. We decided to narrate to each other our scripts to hear which is better. Once I narrated Badhaai Ho, she said this script is better. Since both of us wanted to produce a film on the subject, we decided to pitch in together and make the film.

Shooting a comedy is a lot more difficult than the end result makes us believe. How was the atmosphere on set? As fun as the trailer is?

I generally like working on a fun set. I don’t like serious working conditions. I have sent out people who look very serious on the sets. Shooting the film was quite a fun process. We were actually sad when the shoot came to an end, because we were having so much fun.

It is very important to take out the inhibitions of people. In the last sequence in the trailer, the actor is actually our production designer. He is a Malayali. We had some other actor for the shot, but on the spur of the moment, I asked him to step in. For his wife, we used the assistant of our make-up artist Rita. Their interactions were almost spontaneous. That’s how we work on the sets.

Whether the public likes it or not, I spent a year on the film. The least I deserve is some fun for the time I spend on sets.