Kwan Entertainment relieved Das Blah of his duties after four survivours shared anonymous accounts of sexual harassment by him.

After multiple allegations of sexual harassment and misconduct from former clients and aspiring actresses against him surfaced, Anirban Das Blah, co-founder of Kwan Entertainment, was asked to "step aside" from his duties at the company.

Kwan Entertainment is one of the best known celebrity management companies in India with Deepika Padukone, Hrithik Roshan, Ranbir Kapoor and Sonam Kapoor Ahuja among its clients.

Four survivors spoke to the Mid-Day newspaper about their ordeal in a report published on 16 October.

Following the report that came out this morning, Kwan Entertainment quickly released a statement saying Anirban Das Blah had been asked to step down from his position immediately. 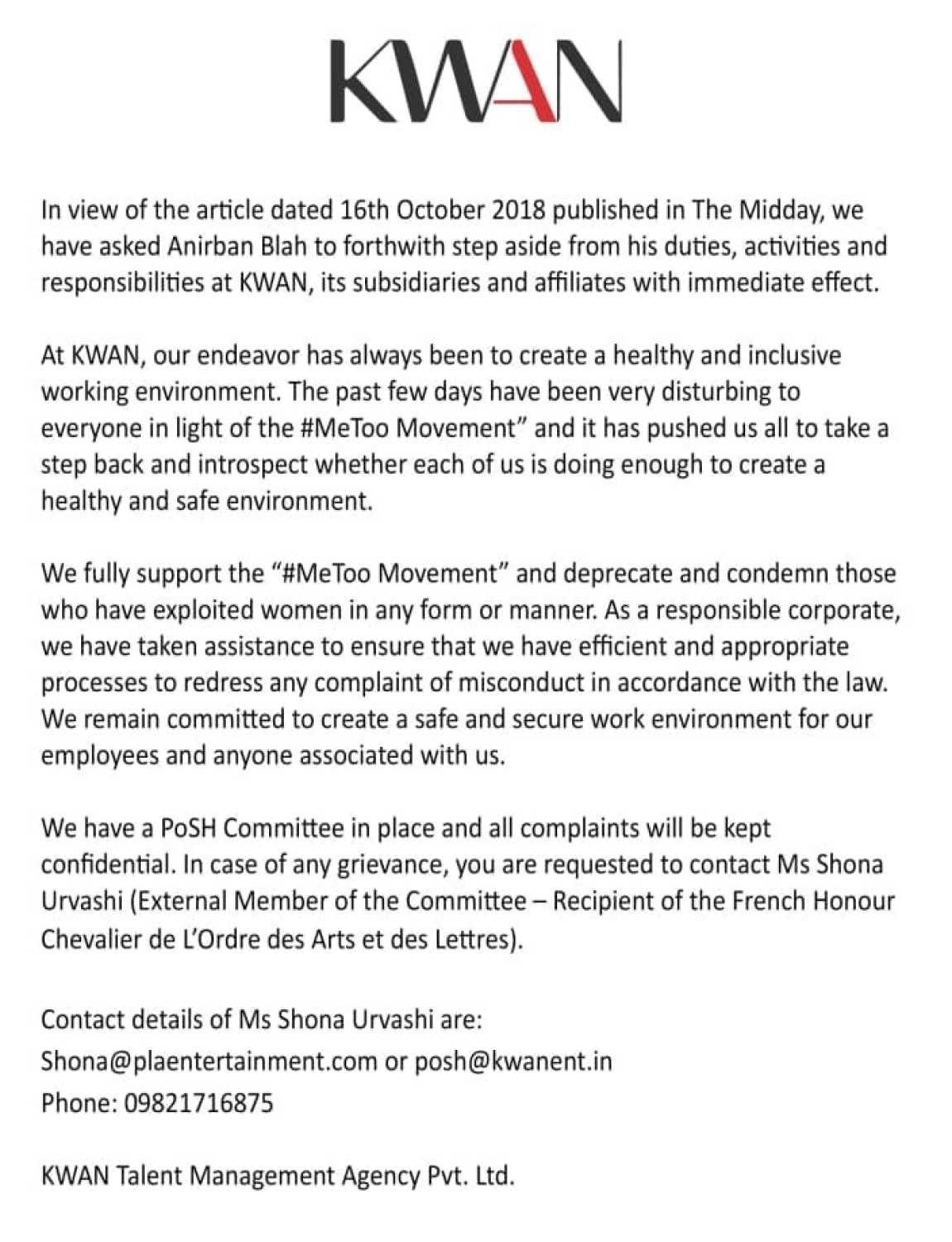 "We have asked Anirban Blah to forthwith step aside from his duties, activities and responsibilities at Kwan, its subsidiaries and affiliates from immediate effect," the statement read.

"Blah's name has come up several times in hushed tones ever since the #MeToo movement hit India and it was going to only be a matter of time before multiple stories of harassment from him came out," a source told us, explaining why the company took swift action.

Earlier this week, a blind item on entertainment website Bollywoodlife.com had also pointed towards Blah and his wayward ways.