20 years of Kuch Kuch Hota Hai: How I became a cinema buff thanks to Shah Rukh, Kajol and Karan Johar

Aditya Chopra’s directorial debut Dilwale Dulhania Le Jayenge (1995), starring Shah Rukh Khan and Kajol, is the film I have seen the most number of times in a theatre. In fact, the film is still running at Mumbai’s Maratha Mandir, 23 years after it was released. Although I loved the film, it wasn't instrumental in making me a movie buff.

That happened three years later with a film having the same main cast. Kuch Kuch Hota Hai (1998) turned out to be memorable for Karan Johar and for me, obviously for different reasons. For him, it was his entry into film direction. For me, it awakened the filmi keeda within.

This was the first film I saw twice in a theatre of my own free will, as a grown-up. Earlier, like any other kid, I was forced to accompany my family, whether or not I found a film worth watching more than once.

The pre-release songs [there were hardly trailers then] got me interested in watching Kuch Kuch Hota Hai. The presence of my favourite artistes Shah Rukh and Kajol also played a part. So, it was an easy decision to book tickets at Mumbai’s Citylight theatre [which was not air-conditioned then]. But, frankly, I wasn’t expecting the experience to be a life-changing one. 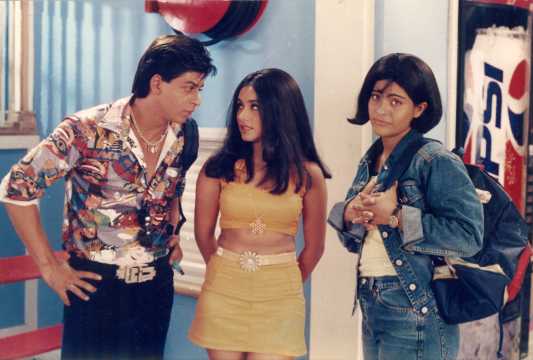 The film took me by surprise when one of the actresses (Rani Mukerji) was shown dying right at the start. I was expecting a light-hearted affair. By the time the film went into the light-hearted zone in the flashback, I was hooked, and how!

I don’t remember coming across the word ‘cool’ to describe a person or his/her attitude before watching this film. As a college student, Khan’s character flaunted a pendant with that word. I remember buying a replica and it becoming my prized possession.

The coolness of Khan’s character gave me college-life goals. I imagined myself going around campus with my followers who would copy my actions and gestures. It was only after a few years that I realized how wrong my prediction was, but that’s a story for another day.

The film brought out completely different emotions when the flashback ended at the interval, as Khan's daughter Anjali (Sana Saeed) sheds tears on reading her late mother’s last letter. I was amazed how it brought out varied emotions, that too so naturally. This was the first time I was moved so much by a film. And it was just the interval. It was also the only occasion when I saw a boy much younger than myself with tears in his eyes as I was moving out in the interval. 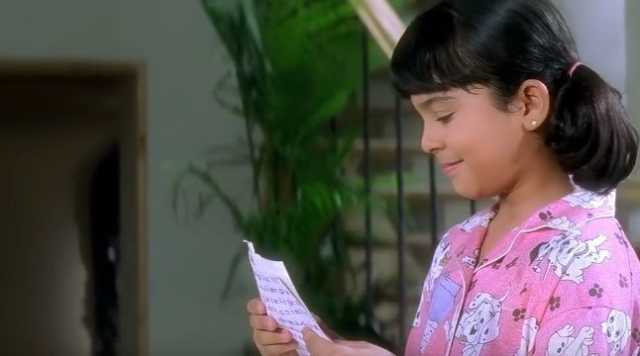 Until that day, actress Juhi Chawla was my only crush. Now, she had serious competition from Rani Mukerji. Before the start of the film, I had only heard Mukerji's name.

The post-interval portion got me rooting for a reunion of Rahul and Anjali [Kajol]. The situations in the summer camp were fun, but at the back of my mind I was worried about the final result.

I was a die-hard cricket fanatic then. So, I had those anxious moments before the climax. I wasn’t mature enough to know that such films always end on a happy note.

When Rahul and Anjali do get united in the end, I felt the same sense of joy as when India had won the Titan Cup in 1996.

Kuch Kuch Hota Hai also, unexpectedly, played peacemaker between me and a neighbourhood friend. I was a die-hard Shah Rukh fan and she a Salman fan. We often debated who was better. But Salman Khan starring in a memorable Shah Rukh Khan film and, more importantly, sacrificing his love for Shah Rukh was enough for me to start liking him as well.

The 1990s was a time when films had more than a single impressive song. Needless to say, I bought the audio cassette of KKHH and used to listen to it religiously. This was also the first film that got me hooked to a devotional song — ‘Raghupati Raghav Raja Ram’. From urban ‘coolness’ to devotion, it all happened in one film for me.

Those three-odd hours inside the Citylight theatre in Matunga were life-changing. It was great enough for me to watch the same film again and in the same theatre.

Movies suddenly became my new-found passion. I started taking keen interest in every new Hindi film and started frequenting theatres regularly. Cinema halls became places of worship for me and continue to be so today. Slowly, as the years progressed, films took over cricket as my biggest passion.

But the downside of the experience was that I used to watch only light-hearted films. A film with any kind of serious violence was a strict no-no for me, until three years later when Gadar: Ek Prem Katha (2001) was released. Now that's also a story for another day.