There is always a risk in doing literature based films: Abir Chatterjee on Byomkesh Gowtro


In a candid chat, the actor discusses his upcoming film and shares bits and pieces from his journey as the famous sleuth.

Bengali heartthrob Abir Chatterjee commenced his acting career with Bengali serials. Born to theatre artistes Phalguni Chatterjee and Rumki Chatterjee, Abir made his debut on big screen as a lead in Cross Connection (2009). He soon caught the attention of leading filmmakers of Bengal and was offered the much coveted role of Satyanweshi Byomkesh Bakshi by Anjan Dutt in 2010.

Abir has worked with all the important directors from Bengal and has been appreciated for his performances in both commercially and critically successful films. After working in three Byomkesh films directed by Dutt, Abir became Arindam Sil's choice to play the lead in his Byomkesh series, that included Byomkesh Parbo (2016) and Byomkesh Gowtro (2018).

The upcoming film Byomkesh Gowtro is based on Sharadindu Bandopadhyay’s Rokter Daag and features a stellar ensemble cast. In a candid chat with Cinestaan.com, the actor discusses the film and shares bits and pieces from his journey as Satyanweshi. Excerpts.

How excited are you for Byomkesh Gowtro?

Quite excited actually! Especially, Byomkesh is releasing after two years in this [Durga] puja, therefore, I believe the audience will have more expectations.

Also, I feel Sharadindu’s Rokter Daag is one of the most intriguing, popular and important stories from the Byomkesh series and the readers have a lot of anticipations regarding it. We have tried to make the film, keeping these factors in mind. Normally, Byomkesh films used to be released during Christmas, but this time we are hoping that the Byomkesh will add to the puja celebrations.

How different is Byomkesh Gowtro from the previous Byomkesh films?

We have always attempted to present the Byomkesh stories also as travelogues. Abar Byomkesh was set in Banaras and Byomkesh Pawrbo in North Bengal. This time the crime takes place in Mussoorie.

First of all, the hills, forests and the mists of Mussoorie have lent the film a different flavour. Also, the place still carries a Colonial touch. Though, Rokter Daag is set in 1956, the film depicts the year 1952 as the British hangover was much more prominent and visible then. In the film, Satyakam and his entire family live under a strong colonial influence and Mussoorie fits perfectly to the pulse of the story.

In Abar Byomkesh (2010), Byomkesh was enjoying the trip with his wife Satyabati and friend Ajit in a honeymoon mood when he got caught up in a case. He was quite laid back in the story. He ignored all the insults hurled at him and confidently solved the case. On the contrary, in Byomkesh Parbo (2016), he was entitled to solve a case of national interest. He was quite serious and was not ready for any kind of compromise.

In Byomkesh Gowtro, he is much more relaxed and has acquired stability in his marital life. Satyakam comes to him with a queer proposal of enquiring into his murder, which he believes to be inevitable. Byomkesh is way too thrilled by such an offer and we can see that he allows all the incidents to take place. He might seem to be a little withdrawn initially, but gradually the audience will see that he has control over the entire episode.

I see myself as a guardian of this industry: Prosenjit Chatterjee

Also, the film has an ensemble cast and the stories of each of the characters have been well delineated. The mounting of the script of this film is different as well.

What are the elements that the puja audience can expect to have from the film?

Love, adultery, jealousy, colonial hangover coupled with Byomkesh’s intelligence, agility and breathtaking thrill of the plot. Also, towards the end of the story, the audience will also find Byomkesh to be introspecting about himself.

Normally, when Arindam da makes a film, he infuses a lot of cinematic elements and designs with a lot of care. We have kept the demand of pujo audience in mind and have made sure that the audience doesn’t get bored at any point of time and stays glued to the film throughout.

Did you do any preparation for this role?

I always kept the script in mind while doing the framework. For the preparations, though, I had read the story quite a few times.

Is a character from a literary work more challenging to play?

Generally, people have their own vision or imagination regarding a character from a story. They try to derive their interpretation of it based on their own cultural or temporal location. Therefore, there is always a risk in doing literature based films. However, Byomkesh and the story Rokter Daag are quite popular and we have tried to present the film, catering to the popular demand.

How did you feel when you first got the offer to play the iconic character?

I never really thought of playing Byomkesh. Thanks to Anjan da [Dutt], I got the first offer to play Byomkesh when I was dubbing for my first film. Not many Byomkesh films were being made during that time. The audience had a lot of expectations from me as a film on the iconic sleuth was being made after so many years.

I was a newcomer then and hence, I was quite anxious as well. However, I must say that over the years the love I have received for playing Byomkesh has been one of the most special gifts in my life.

You also played the aged Byomkesh in Debaloy Bhattacharya’s Bidaay Byomkesh (2018). How was the experience?

Bidaay Byomkesh was a completely experimental take by Debaloy da. It was not a part of the original franchise. Rather the familiar character of the Satyanweshi was seen from a hypothetical perspective in the backdrop of 2018. If he would have been alive today, how he would have look at the world, what could be his equation with his family and his perspective towards the present generation was the crux of the experimentation. 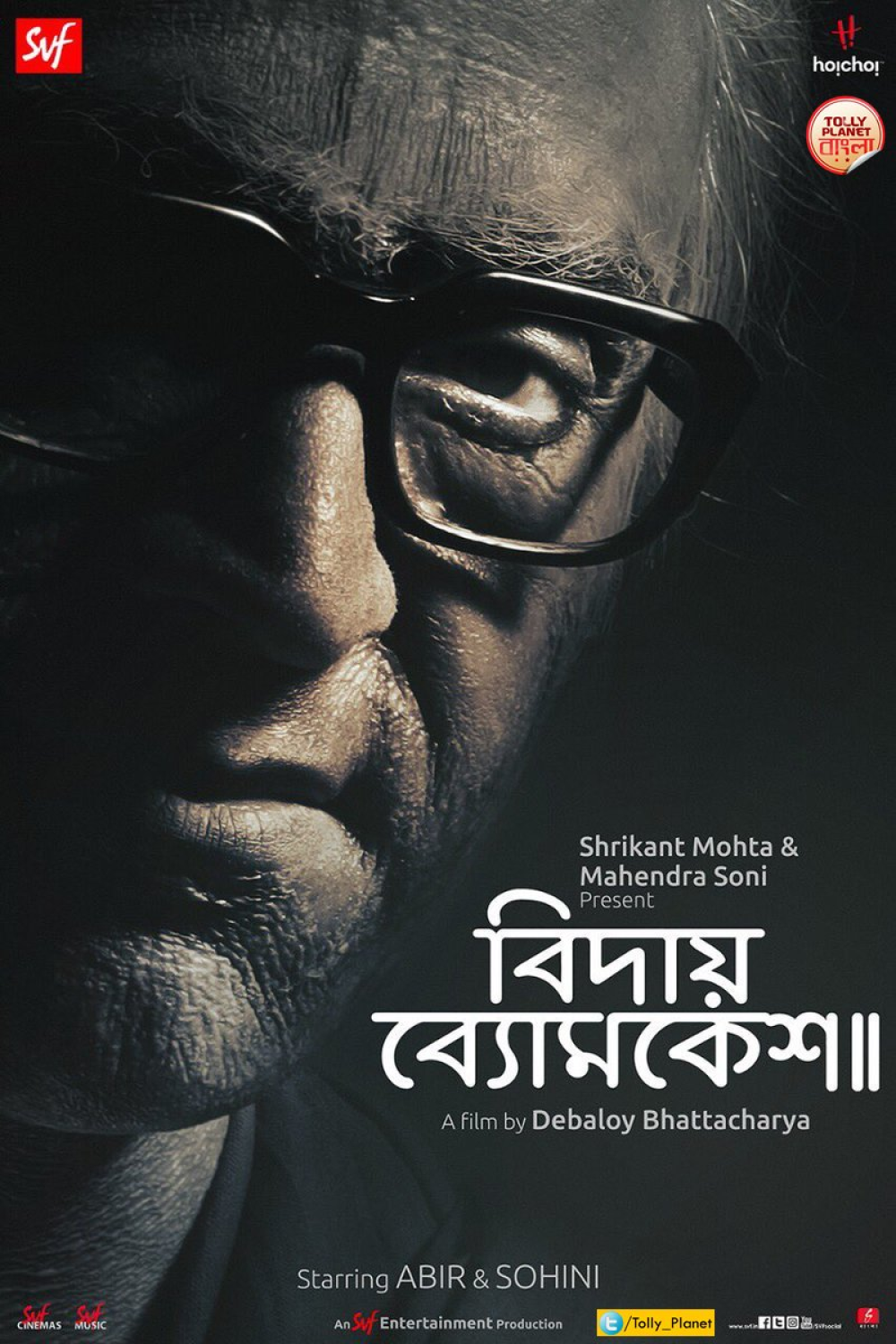 At same time, the perspective of the present generation i.e. his grandson Satyaki was also an interesting aspect of it. It was quite a challenge for me to play far away double roles. For one of them, I had done the framework from my own films and tried to bring out the aged version of Byomkesh’s behaviour, movements and expressions.

On the other hand, Satyaki is younger than me and I had to portray the restlessness, vulnerabilities of his character too. The challenge put forth by the contrast pushed me to do the film.

You have played a sleuth, a villain and a romantic hero as well. What kind of roles you are yet to play?

I think the audience will decide in which kind of roles they have not seen me enough. I am open to choices and ready to play any kind of character and explore.

Six films are releasing on the same day (12 October). How do you think Byomkesh Gowtro is going fare at the box office?

The audience will decide that because all of us have given our best. Byomkesh has his own popularity and thankfully, Bengalis have restored their habit of watching films during puja. I just expect them to feel good about their decision as they come out of the theatre after watching the film and they should look forward to more Byomkesh films in the future.