Buzz has it that a meeting, headed by Guild president Siddharth Roy Kapur, was held today at Khar in Mumbai, and actor-producer Aamir Khan also attended it.

As more victims come out sharing accounts of sexual harrasment at the workplace, the film and TV industry can no longer sweep the issue under the carpet. The Producers’ Guild of India has announced that it would set up a committee to look into harassment issues and women's safety in the entertainment industry.

The Guild issued a statement yesterday urging all artistes, technicians and crew to come out and report matters of sexual harassment.

“Producers' Guild of India extends its complete support to the movement to call out and report sexual harassment and abuse whenever and wherever it occurs in our industry. We believe that there is an urgent need to set up a robust process to ensure the highest standards of safety for employees and crew members at the workplace – whether in offices or on sets of production. We are instituting a committee within the Guild to lead this effort. And we are determined to stay the course till workplaces in the industry are safe spaces for women,” the Guild said in its statement. 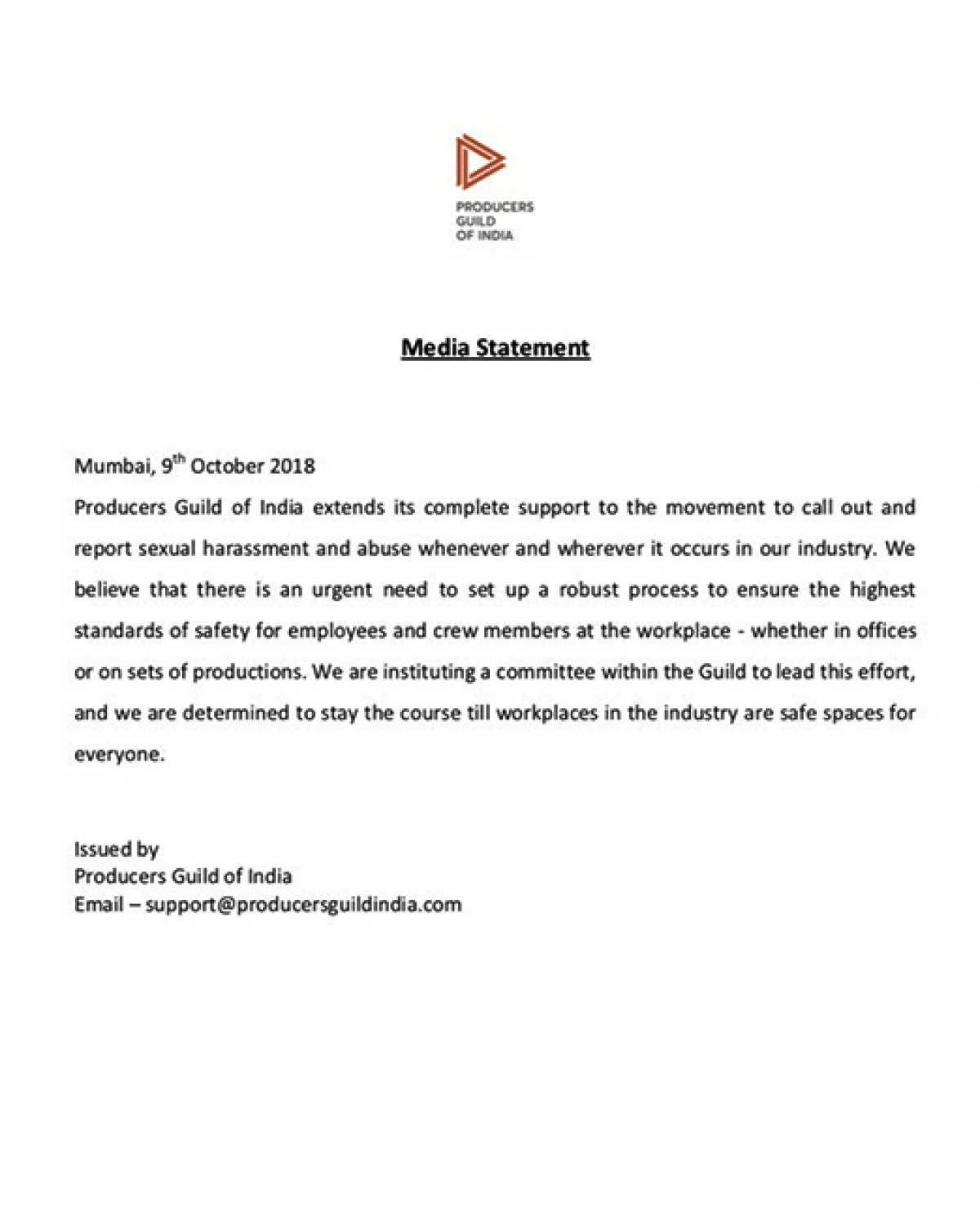 Buzz has it that a meeting, headed by Guild president Siddharth Roy Kapur, was held today at Khar in Mumbai, and actor-producer Aamir Khan also attended it.

It's not just the Producers' Guild, but also the FWICE (Federation of Western Indian Cine Employees) that is concerned by the various #MeToo stories coming out from the industry. They will be holding a press conference today to announce a few key decisions related to the current scenario with regards to sexual harassment allegations within the industry.

Cine and TV Artistes’ Association had earlier issued a statement condemning the various incidents of alleged sexual harassment that have come to light.