Released in mid-1975, Chupke Chupke was the Hindi remake of a famous Bengali film which was made twice — for the first, SD composed the music, while the second, which was ready in 1971, had exceptional music by Sudhin Dasgupta.

Incidentally, SD is probably the only composer to have scored the music for a Bengali film and its Hindi version, which was released three decades after the original. While Ajoy Bhattacharya’s Chhadmabeshi (1944) was seventy-two pages long, and stuck to the original story, except for the addition of a Socialist angle with Chhabi Biswas playing Mr Bose, Hrishikesh Mukherjee made a couple of changes to suit the taste of North Indian audiences. Truth be told, his interpretation was rather loud, almost like slapstick comedy.

One thing was, however, strikingly similar; both films began with a song with opening credit rolls running simultaneously. In the Hindi version, it was 'Chupke Chupke Chal Ri Purvaiyaa', which was also picturized on Jaya Bhaduri later in the film.The impish 'Abke Sajan Saawan Mein', featured on Sharmila Tagore, had the perfect lilt for it to qualify as a song for a party-like ambience in someone’s living room. Lata’s playful intonation, the sharp hai (by now this word had become SD’s trademark), the onomatopoeic ish (Bengali for shock or surprise), and the ‘tsk-tsk’ added brilliantly to highlight the frustration of a young, newly-wed couple who are barred from consummating their marriage. Somewhere amidst peals of laughter in Chupke Chupke, the two Lata gems were unforgettable.

The original Chhadmabeshi was scripted in a fashion so as to provide SD enough space to manoeuvre for music; in Hindi, there was very little scope to do that. It was probably the shortage of song situations which manifested itself in a couple of nondescript songs in the film. The Kishore-Rafi duet, 'Sa Re Ga Ma', and the Lata-Mukesh duet, 'Baagon Me Kaise Yeh Phool Khilte Hain' were nice songs but not befitting a man who was at his creative best in the last quadrant of his career. Moreover, they paled in comparison to the near ethereal score by Sudhin Dasgupta in the Bengali version.

Meanwhile, SD’s personal life was also in turmoil. His wife, Meera, was mentally ill and it was said that her illness was the result of a deep-seated feeling that her husband had deprived her of a career that she had so well deserved. The poor woman would be restless all day and, with advancing age, she was diagnosed with dementia. It wasn’t as if SD was getting any younger and in order to avoid any unpleasantness, he would stay with his son at Odena Apartments and play Patience in his free time.

His other and most favourite pastime was, of course, football. Jyotish Bhattacharya, who was the manager of the East Bengal team in Bombay, would often invite SD when the team came visiting and the crazy football fan would adjust his music sittings and recording dates accordingly, especially during the Rovers Cup. According to the legendary East Bengal player, Parimal Dey, whom SD addressed as Jongla babu, the man took care to enquire after the well-being of each player. Yet another football legend, Surajit Sengupta, recalled meeting SD in 1974 at Shelleys Hotel near the Radio Club in Colaba.

It was said that SD would reach the hotel by 10am on match days, take his seat in the coach’s room, and talk to players individually for he knew all of them by first name. He would then proceed to perform a quirky ritual — when the players would be on their way out for a match, he would stand at the hotel’s exit door and touch their shoulders. This was his way of wishing the team good luck. What was most peculiar was if he failed to touch any player, he would return and complete the good luck ritual all over again. There were times when the team coach, Pradeep Banerjee (the Indian football legend, popularly known as ‘PK’), would actually ask SD, ‘Dada, should we move?’ and wait for the final nod from him. As a football fan watching an East Bengal match, he ceased to be either the scion of Tripura or the legendary music composer. SD Burman was like any other ordinary fan — passionate, devoted and obsessed with his team’s victory. 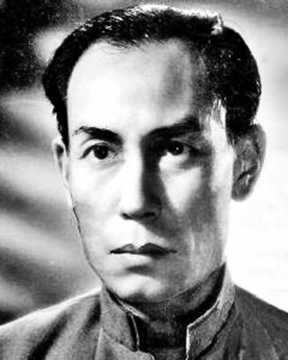 There were times when Pancham would also accompany his father to meet with the players. It was said that SD would keep a sharp eye on his son, fearing that the players may accept his son’s offer for a ride; RD was a rough driver and hence unsafe, felt his father! Surajit Sengupta recounted an incident when Sudhir Karmakar, Gautam Sarkar et al were riding with RD on their way to Cooperage stadium, when he negotiated a sharp turn within seconds of starting his car. Suddenly, SD screamed at the team coach, ‘Pradeep, who all are there in that idiot’s car? Make sure nobody gets into his car tomorrow.’

Alas, that was Surajit Sengupta’s last meeting with SD.

SD was perhaps the only man, and most likely the only film personality in Bombay, who had two seats allotted in his name at the VIP box at the Cooperage. He would sit in one, and use the other as a footrest. It was a funny sight — here was a tall, paan-chewing man, sitting in a VIP seat which had his name embossed on the back, with his legs perched firmly on the second seat which was turned 180 degrees to face him.

In 1974, SD Burman was engrossed in multiple assignments with several directors and producers. Pramod Chakravorty was working on a Hindi adaptation of the Spanish-English film, Summertime Killer (1972); Subodh Mukerji had already launched a film with Shashi Kapoor, even after the disastrous Mr Romeo (1974); and Tyaag, which was partially financed by Sharmila Tagore, was in the making. In continuation of his alliance with Hrishikesh Mukherjee, SD was working on two of his films at the same time. It wasn’t as if he was unused to hectic schedules, but it was the illness which came as a shock.