Delhi Sikh Gurudwara committee member Manjinder Singh Sirsa has filed a complaint against actor Khan and director Aanand L Rai for the use of gatra kirpan in the film's latest poster.

Soon after the trailer of the upcoming film Zero was released, the first controversy around it has emerged. Delhi MLA and member of the Delhi Sikh Gurudwara committee, Manjinder Singh Sirsa, has filed a complaint against director Aanand L Rai and actor Shah Rukh Khan for 'hurting Sikh sentiments' with their poster for the film.

Sirsa has written a writ complaint to the SHO (station head officer) of North Avenue police station, Delhi, citing that the film shows the actor wearing 'gatra kirpan' (a dagger) and that their 'movie promo has created outrage amongst Sikhs worldwide'.

Sirsa cites that 'as per the Sikh rehat maryada, only an Amritdhari Sikh can wear the gatra kirpan'.

Filed a complaint as well as this promotion hurts Sikh sentiments pic.twitter.com/yuTpVPLfij

The MLA from the Shiromani Akali Dal party has requested the police to file an FIR against the named actor and director.

He additionally threatened Khan and Rai to withdraw the poster or face protests from the Sikh community. 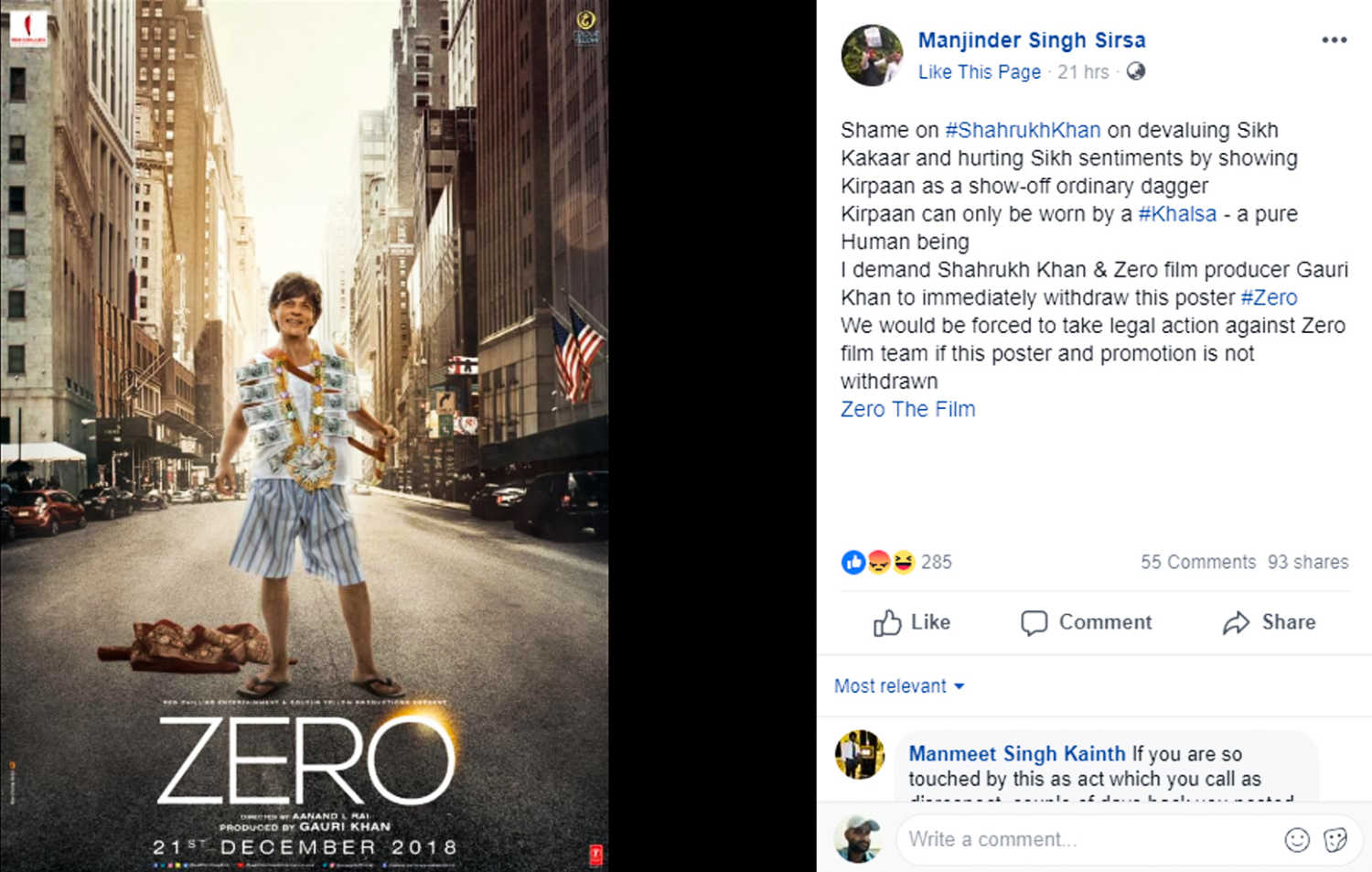 The complainant seems to have taken offence with Khan walking down the streets of New York, in his striped boxers, while carrying a kirpan. The poster was released on the same day as its trailer was launched.

Zero is scheduled to hit the screens on 21 December this year.