Creator, producer and director of the iconic teleserial Mahabharata, BR Chopra was also a filmmaker with a keen understanding of the balance between commerce and content. We look at 10 of the director's works on his 10th death anniversary (Chopra died on 5 November 2008).

Though he was upstaged by younger brother Yash Chopra in his later years, Baldev Raj Chopra remains an important filmmaker in the history of Indian cinema.

Starting his career in Lahore in undivided India, BR Chopra soon moved to Bombay after Partition. It was here that he created his template for the potboilers that would become a key element of commercial Hindi films.

Whether it was the social commentary in Naya Daur (1957) or Sadhna (1958), or the legal tussle in Kanoon (1960) or Insaf Ka Tarazu (1980), the filmmaker could balance social content with commercial entertainment with relative ease.

The Padma Bhushan awardee passed away on 5 November 2008. On his 10th death anniversary, we look at 10 of his directorials that have stood the test of time. 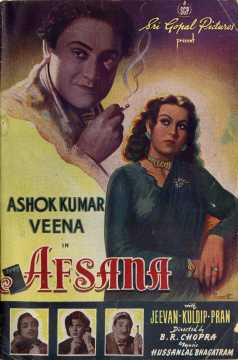 Not everyone makes a directorial debut that goes on to touch the 25-week mark in theatres, known as a silver jubilee. BR Chopra's debut saw him tackle IS Johar's simple story about twins separated at a young age. The film starred Ashok Kumar in what was his first double role, alongside Pran, Kuldip Kaur, Leela Chitnis and Jeevan.

BR Chopra began his career as a journalist, and the film's quest for justice and truth seem to reflect the young director's personality.

Undoubtedly one of Chopra's finest works as a director, Naya Daur brought together the charisma of Dilip Kumar's acting prowess with an entertaining social drama. The tale of the conflict between modernity and tradition, man and machine was backed up with a melodic score by OP Nayyar.

The film went on to win for Dilip Kumar his third successive Filmfare award for Best Actor in 1957. It was his fourth award overall, and a well-deserved one. 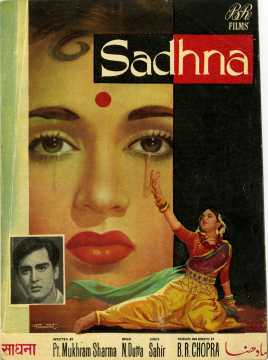 The film revolved around the love story of a doctor and a prostitute, played by Sunil Dutt and Vyjayantimala, respectively. The story was a symbol of the hypocrisy of the new, educated middle class making its way through India. The idealism of Sunil Dutt contrasted with the cynicism of the story's other characters. 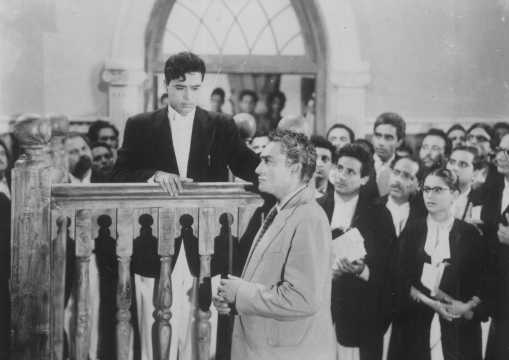 As an experiment, this Rajendra Kumar-Ashok Kumar thriller was the first songless thriller in Hindi cinema. The film told the story of a murder mystery, where a young prodigy (Rajendra Kumar) suspects his mentor and future father-in-law (Ashok Kumar). To boot, the veteran is also the presiding judge in the case.

Chopra's direction lent the film its thrills built on the sharp tête-à-tête between the protagonists in court. The sharp dialogues were a key recurring theme in several of BR Chopra's productions, including Waqt (1965) and Ittefaq (1969). In Kanoon, Chopra brought forth a cast of talented actors who could deilver the lines with style.

Another thriller built on a foundation of infidelity, this Sunil Dutt-Ashok Kumar-led film was ahead of its times. While it spoke of infidelity, Chopra did not allow the film to shift the blame on to the woman. Rather, he dealt with the subject maturely. This brought a certain realism to the subject that is unlike other films made in the melodramatic era.

The film also had a fantastic song of heartbreak, written by Sahir Ludhianvi and sung by Mahendra Kapoor, 'Chalo Ek Baar Phir Se'. The song was rumoured to have been written by Sahir in memory of the love he lost, the singer Sudha Malhotra.

The music for this film, like all BR Chopra productions, remains quite popular to this day. However, it was the story and the multi-star cast that really took the cake. The film, another thriller, featured three top stars of the 1960s — Balraj Sahni, Raaj Kumar and Sunil Dutt — as well as Vimi and Mumtaz.

The film's commercial success was also based on the effortless melody of composer Ravi's music. The song 'Neele Gagan Ke Tale' won for Mahendra Kapoor another Filmfare award for Best Playback Singer.

A remake of his directorial debut Afsana (1951), Dastaan starred Dilip Kumar and Sharmila Tagore. While it was not a box-office success, the film did manage to improve upon the original with the twist of a murder mystery. Again, it was Dilip Kumar's performance that truly stood out in the film.

Based on the Agatha Christie story, The Unexpected Guest, the film was an eerie suspense led by the fantastic Danny Denzongpa, Sanjay Khan and Zeenat Aman. Playing a wheelchair-bound killer, Danny Denzongpa was fantastic in the role. The film, while it did not attain commercial success, went on to become a cult classic among followers of the genre.

Of course, the film also had Navin Nischol in a supporting role that remains a highlight of his career. 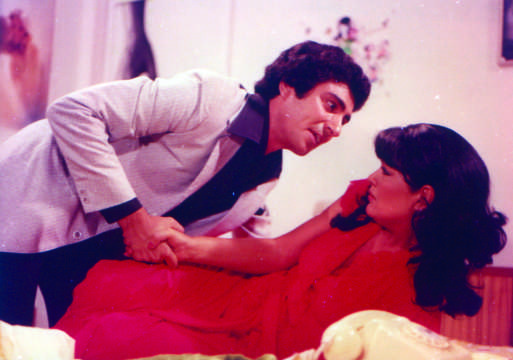 While the film courted controversy and is still remembered for its brutal rape scene, Insaf Ka Tarazu holds significance in the age of #MeToo. It told the story of a woman standing up and turning to the law to protect herself and her honour. The film captured Chopra's keen eye for the social stigma around women who had been raped, and sought to portray their courage.

The film won for Shabd Kumar the Filmfare award for Best Dialogue, and a Best Supporting Actress award for the young Padmini Kolhapure.

In the age where directors tiptoe around social issues, BR Chopra's Nikaah was a statement of his integrity. The film speaks about the often misunderstood marriage contract in Islam, and raised a pertinent question on the treatment of the wife as the husband's property.

Played by Salma Agha, the character of Nilofar is forthright, sensitive, and a courageous symbol of women trapped in a marriage.

Again, this social comment was made palatable through a beautiful melancholic soundtrack. The song 'Dil Ke Armaan' won for Salma Agha a Best Playback Singer award from Filmfare.