Aanand L Rai speaks about how the story originated, working with big stars, and the pressures of making a big-budget film, a first for him.

Producer-director Aanand L Rai has so far impressed audiences with smaller films like Tanu Weds Manu [2011], Raanjhanaa [2013] and Tanu Weds Manu Returns [2015]. His next project, however, is special as it brings Shah Rukh Khan, Anushka Sharma and Katrina Kaif together again on the big screen after Jab Tak Hai Jaan (2012).

To top it, the film will see Khan and Sharma play roles they have never done before. While Khan will be seen as a dwarf, Sharma plays a young woman suffering from cerebral palsy.

Almost a month before the film's release on 21 December, Aanand L Rai spoke candidly in a group media interaction about how the story originated, working with big stars, and the pressures of making a big-budget film, a first for him. Excerpts:

How did this unusual story of a dwarf originate?

The thought came to my mind during [the making of] Raanjhanaa. Superhero films were being made at that time. Krrish 3 [2013] was one of them. People had liked it, it did well and I had also liked it.

But I used to feel that though this is good, it doesn’t look like something belonging to us Indians. As a filmmaker, I felt this is like udhaar liya hua [borrowed tales]. It’s not that an Indian can’t fly from 250 floors. Of course he can. If their Spiderman or Superman can do it, ours can too.

[But] I feel we are still small in height as far as thoughts are concerned. This sowed the seed of the story of a man who is vertically challenged. This idea was there. Then Himanshu [Sharma] wrote it.

So, the dwarf is a metaphor in a way.

Yes, and it started from there.

What was Shah Rukh Khan’s reaction when you offered him this role?

On the word go, he liked the story. He said, ‘I want to do this.’ He never took a lot of time. It happened so quickly.

By the time Zero story was ready, I felt it belonged to Shah Rukh, not Salman: Aanand L Rai

What was the reason for casting Anushka Sharma?

There was a long search for an actress. This is a difficult character to play. You need someone very confident and talented; who believes in herself a lot. For that character, I wanted somebody to read herself in a very positive light. That character is a very happy character.

The best part about Anushka is that when she is playing this character, she looks a happy person on a wheelchair. That’s her thought process. That’s how a person she is. This is how she reacts to people. Again a difficult task, but I got my right actress.

When you cast a star like Shah Rukh Khan and make a big-budget film, it becomes necessary for the film to earn a certain amount to be successful. How much of the box office are you thinking of?

I would be lying if I said I am not thinking of it. But I can say that I don’t think only in terms of numbers. As a storyteller, you also have a responsibility to your story. And I have made an absolutely entertaining film. So I am hoping it would bring numbers as well.

When you have an actor like Shah Rukh Khan, I feel we have to think about the numbers. But so far for all my films all I have wished for is the audience’s love. Now that love is coming through numbers, but what I am asking for is love. Even right now I feel my story should be liked by the audience. If that happens, I will get numbers. 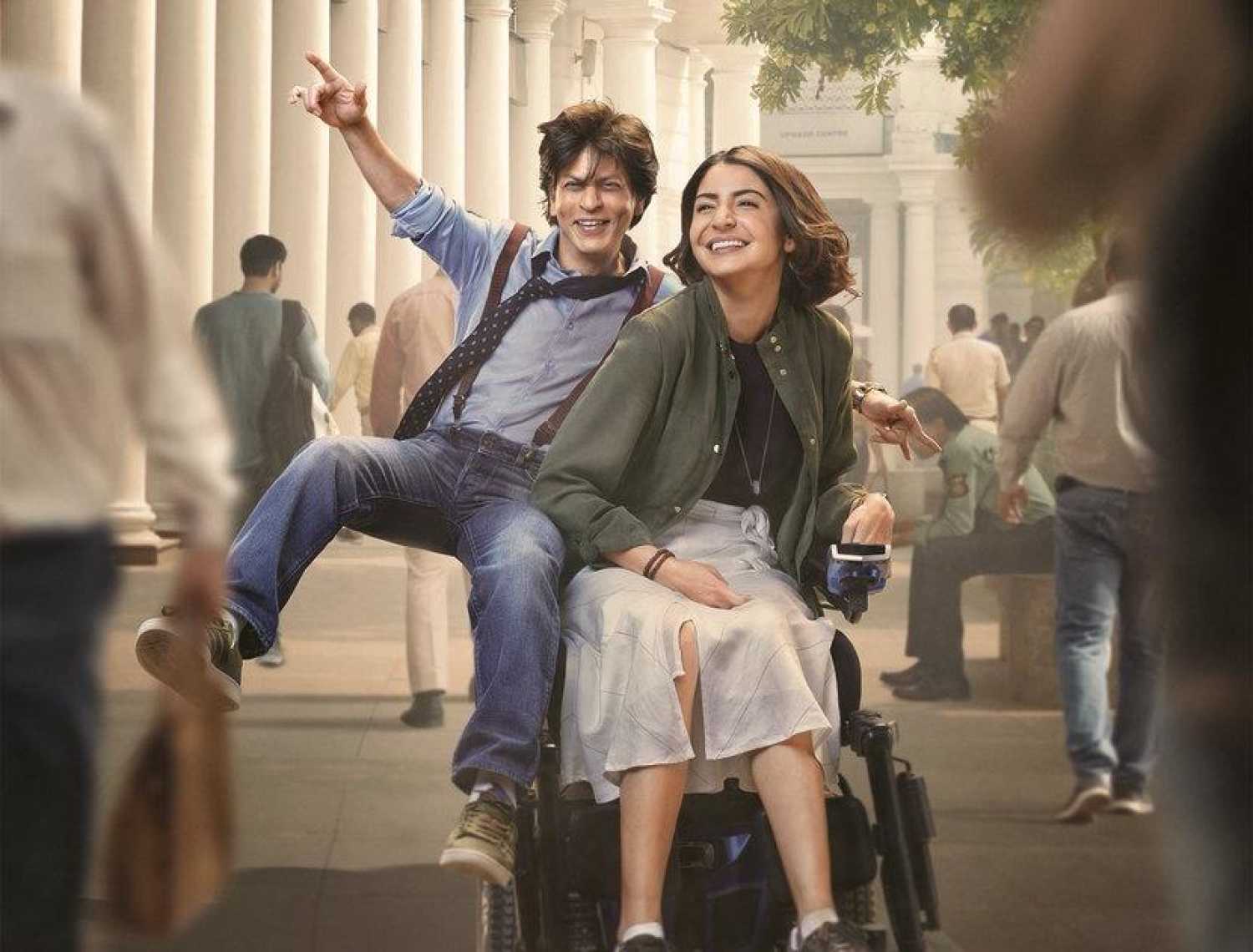 Khan's last few films haven’t done well at the box office. Do you think it will change with Zero?

Even if all his recent films had done well, still I would have expected this to happen. What else can I expect other than for the film to do well?

This is a much grander film than the rest you have made. How challenging was it?

It was a tough film. We had no other way but to enjoy the process. Otherwise it is such a heavy film. [It is] time consuming [and] needs a lot of patience. We enjoyed. If someone asks me how I made this film, I say while playing Ludo. It is a fact that we used to play a lot of Ludo on the sets. This is how we used to take away the stress. So we were a happy team, happy family.

The film's budget is much higher than those of the other films you have made so far.

My functioning for some time has been like where anything that is not affecting my audience will not affect me. You make a film in Rs10 crore or Rs500 crore, the audience is only interested in what it is seeing, [which is] the story. I belong to a middle-class family. I understand the value of money. So, I feel nobody should lose money. That’s the only thing I can say. I have managed to do it till now.

You have used technology to make Khan appear shorter. How does this technology work? It was different for Appu Raja (1989) back then.

That was tough. All credit to Mr Kamal Haasan to go ahead and make a film like that at that point of time. Now it is easier for us. I mean, easier than that time. Otherwise it is a tough process. Even for Khan saheb it was not easy because he had to perform the same thing around five times. I had to say okay for one shot five times. We had to repeat it again and again.

But then it’s a job. Trust me, this technique has nothing to do with my audience. What they will enjoy is the character. And it has to look real. The entire energy is going to make it real. It should not look gimmicky at all. That’s it.

This is the first time you are working with three big stars. Is it easier to work with stars or less popular actors?

It is easier to work with good human beings.