The actor was in conversation with his daughter, producer Rhea Kapoor, in a masterclass at the 49th International Film Festival of India on 27 November.

Actor Anil Kapoor took the stage at the 49th Interntional Film Festival of India amidst a thunderous applause from the Goa audience, to talk about his process as an actor and gave loads of tips to the youngsters in the crowd about how they can go about their careers in the film industry.

Daughter Rhea Kapoor, who was in conversation with Kapoor, asked him if studying acting was important and had him share his experiences during his struggling days.

"People like us have started where we had to look after our families. Because of that, certain decisions were taken. I just wanted a job. So I never chose a film. The characters and films chose me," he said.

"I constantly felt I was not good enough. So that insecurity made me work harder and harder," he added.

Anil emphasised that training was important and spoke about learning semi-classical singing which helped him lip-sync to songs because he would actually sing during the shooting.

"When I look at some of the great actors around the world who are from great institutes. They do theatre, they do musicals. They are trained dancers, singers, actors. Yes, we put in hard work. But I feel it's nothing compared to their foundation. If the foundation is great, especially for technicians, and writers and actors [it helps]. I believe it has to be a combination of the theoretical and instinct. Everything cannot be too studied, analyzed and planned," the veteran advised.

He also added, "You should be a trained actor in today's times because that makes it easy for the filmmaker to mould you. I think, today, a lot of attention and time is given to the physicality and external looks. It's slightly more tilted towards that than trying to be a better actor and learning the craft — doing scenes, training and workshops." 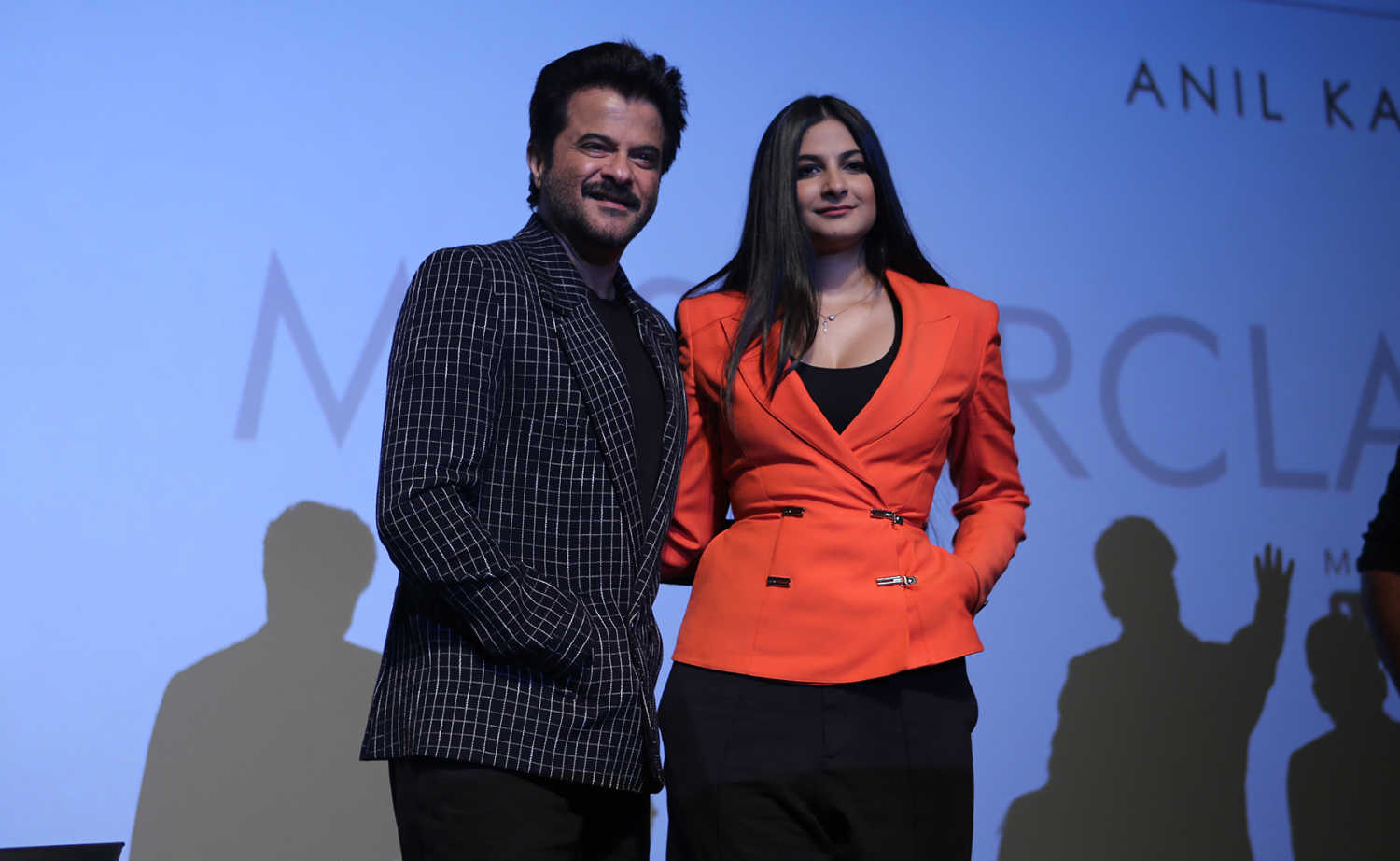 Anil is known today as not just a great actor, but an extremely fit and good-looking one for his age. Interestingly, earlier on in his career he faced rejection because of his looks.

"Everyone said I was a good actor but I didn't have the looks. There was Sanjay Dutt, there was Jackie Shroff, Sunny Deol, Dharmendra. They were all great looking with the physicality. They said he doesn't have looks, the presence and the personality. But now everything has changed. I worked on my physicality because I need that strength, energy and stamina to act," said the 62-year-old actor.

Towards the end of the session Anil pointed out that showing strength during your biggest failures is a key attribute to success.

Rhea pointed out that when their first home production, Aisha (2013), didn't do very well at the box office, people were harsh and made fun of Sonam and herself, but their dad Anil asked them to be patient. How does he know that the audience will change over time?

"I keep studying a lot of artistes, their careers and lives. I read their old interviews. I read old reviews. And I am totally surprised [that many didn't do well in their initial days]. A great Dilip Kumar also didn't get very favourable reviews in the initial days. Even with Madhuri Dixit [Nene], people used to say she is good to play only sister roles. And she went on to become a 'Dhak Dhak' girl. Even to me, people said 'Ye actor hai star kabhi ban nahi sakta [he is an actor but can never become a star]'. Even a Salman Khan or a Shah Rukh Khan have gone through a lot...

"Even Meryl Streep, it took a lot of time for her to become what is today. If you see her career, I think it was Kramer Vs Kramer (1979) that brought her out in that place. And till today she is known as the best actress in the world."

Addressing the film students in the crowd, Anil said, "So initially you go through it. It takes time for people to accept you. Some people make it big with the first film also. But I always believe slow and steady is the best way. So people will change. Same people who rejected you, will like you."