We will try to forget the border and continue telling stories: Kaushik Ganguly


Ganguly was speaking at the first look launch of his upcoming film Bijoya, that stars Abir Chatterjee and Jaya Ahsan.

The first look of Kaushik Ganguly’s upcoming film Bijoya, a sequel of Bisorjon (2017), was launched yesterday (26 November) in the presence of the director, actors Abir Chatterjee and actress Jaya Ahsan, who reportedly flew from Bangladesh for the event. National Award-winning director Goutam Ghose, who is known for his films on India-Bangladesh brotherhood, was the special guest at the event.

“It is a matter of honour and happiness for me to be present here. Bisorjan was loved by people and now Bijoya, the sequel or the second part of the story is going to be released soon. We are quite eager to see how the characters Padma, Nasir Ali and Ganesh Mondal of Bisorjan are placed in Bijoya,” Ghose said. According to the director, Bisorjon and Bijoya are both parts of a longer story. While previously the plot was set in Bangladesh, in Bijoya the story progresses in India. 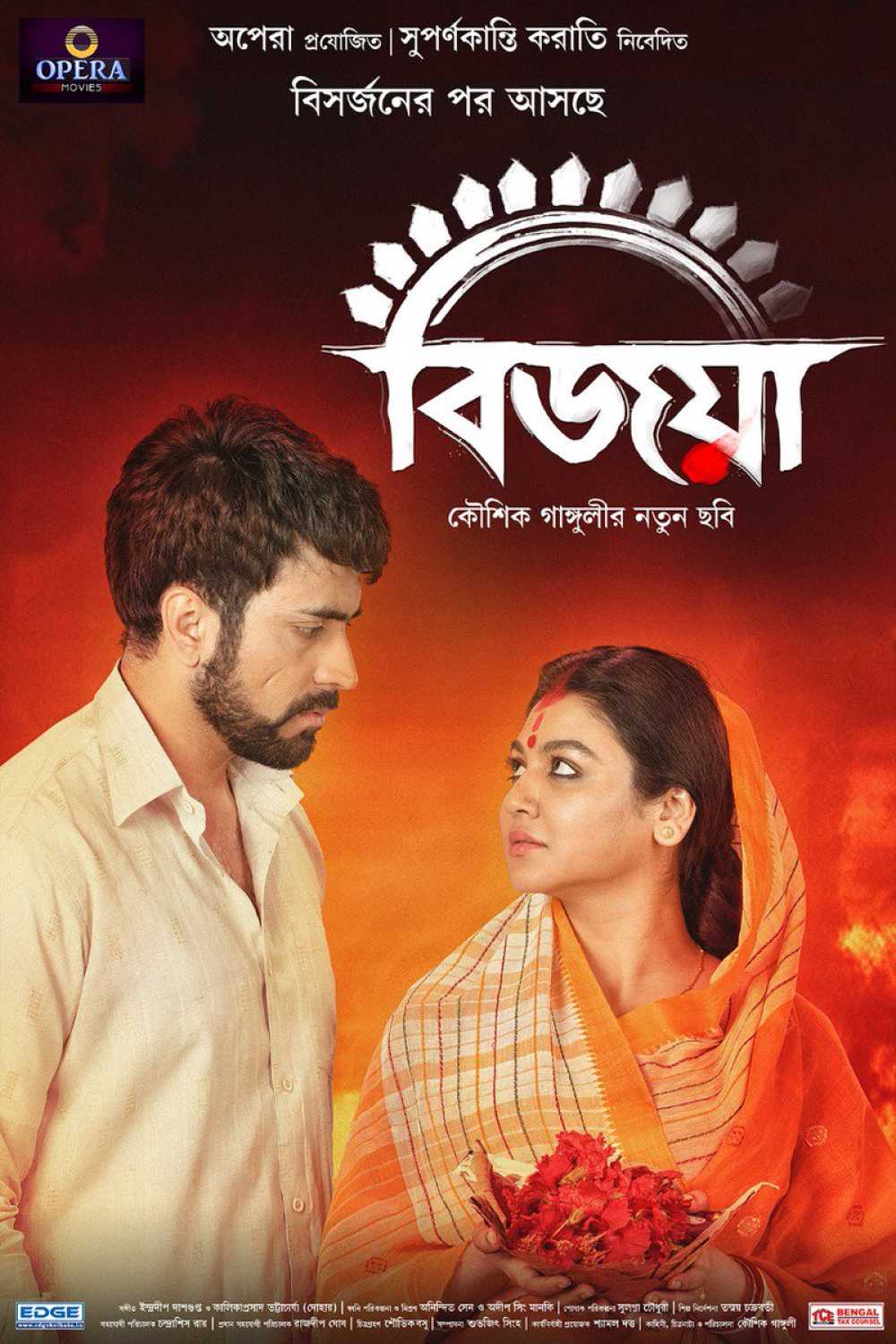 “I think we, the directors around the world, weave a garland of memories or testimonies through films and I feel Kaushik’s film will add to that garland. All of you, who have watched Bisorjon, know that the film tugs the strings in our hearts. We are all aware of the horrible past of our history of partition and we can never forget that chapter. There will continue to be films and literature on it,” said Ghose, while sending his best wishes to the entire team of Bijoya.

Adding to Ghose’s comment, Ganguly said, “No matter how hostile and tense the environment around us gets, we will continue to tell stories on friendship and love. We will try to forget the border again and again. Continuing with the tradition of Rabindra [Rabindranath Tagore], Nazrul [Nazrul Islam] and Lalan Fakir, we will be telling stories of love.”

Ahsan, who represents this bond of love through her works in both Bangladeshi and Bengali cinema, said, “Much like Bisorjon, Bijoya is also a very special film for me. It is true that a political boundary has been drawn between us but our hearts and emotions are united and Bijoya, the sequel of Bisorjon, carries on the emotions of both the lands.”

Chatterjee, who plays Nasir Ali will be reportedly seen in a new avatar in Bijoya. “We had seen how the audience was overwhelmed to watch Bisorjon in the theatres. I feel, above everything else, it is the story of love that touched people and no matter how negative the circumstances around us might turn, the message of love will never go out of date,” said the actor, who also stated that he was often asked whether the journey of Padma, Nasir Ali and Ganesh Mondal ended in Bisorjon or took a different turn. 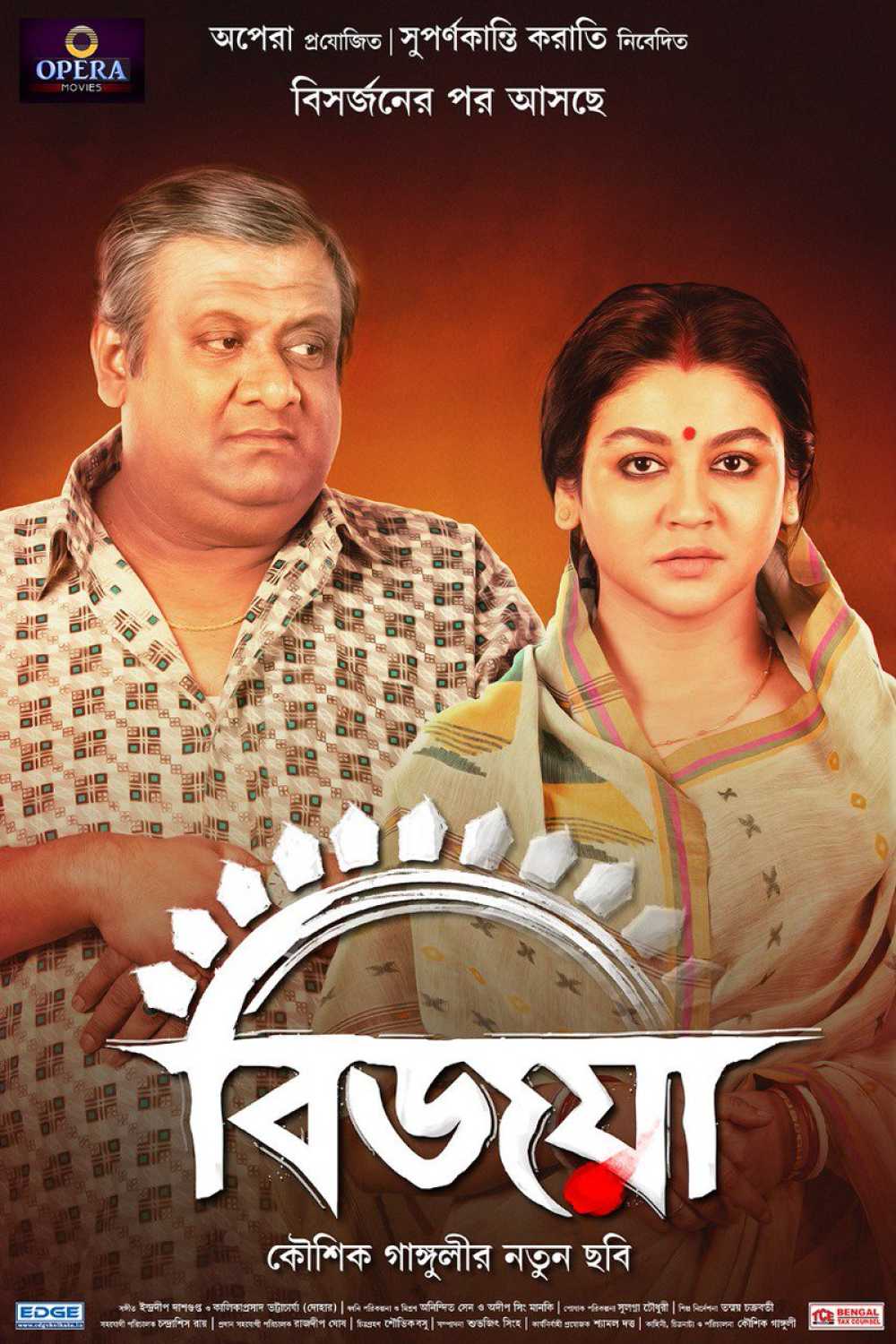 “We did not have the answers to their queries then, I am not sure whether we still have a definite answer but I feel, Bijoya takes the characters a bit ahead from their previous positions and shows what happens when they again meet in a different social and temporal scenario,” Chatterjee added.

Two posters, one revealing the looks of Nasir Ali (Abir Chatterjee) and Padma (Jaya Ahsan), and the other of Ganesh Mondal (Kauhshik Ganguly) and Padma, were launched at the event. Bijoya is scheduled to be released in January, 2019.