I am the Amrish Puri of 2.0: Akshay Kumar on turning evil for his first Tamil film


At a recent media interaction, the actor praised Shankar's film 2.0 as the 'finest technical and 3D film made in India'.

Actor-producer Akshay Kumar is not a fan of sitting quietly for a long time at a stretch. As he admitted at the media interaction on Monday (26 November), the toughest part of working on Shankar's upcoming sci-fi film, 2.0, was "sitting in a chair for 3.5 hours while other people worked on you." The actor is set to play the villain to Rajinikanth's android Chitti in the sequel to the 2010 blockbuster, Enthiran, known in Hindi as Robot.

Describing his role in the film, Akshay simply stated, "I am the Amrish Puri of this film."

The sequel by Shankar has been touted as India's most expensive film so far, with a budget that totals over Rs500 crores. However, Akshay emphasized that it was the concept that bowled him over. He said, "I was surprised that no one had thought this way, and that Shankar came up with such a brilliant idea."

Praising his director's vision and style, Akshay stated emphatically, "Mr Shankar is James Cameron on steroids. Everything is larger than life." The actor also believes that 2.0 has the 'best, finest 3D work India has ever produced.'

With 2.0 set to be released on 29 November, it will be interesting to see how the titanic sci-fi film has shaped up.

What excited you about the film, when Shankar approached you?

I was very excited because when I heard the screenplay, first of all, I had never heard something like this. I have done many social films, but this was one social film which has an international message in it. I was surprised that no one had thought this way, and that Shankar came up with such a brilliant idea.

At the same time, I was very happy that I was getting a chance to work with 'The Rajinikanth', and Shankar, one of our country's best directors.

It is also going to be India's most expensive film, and I get a chance to be one of the people working in that.

What was Shankar's brief to you about the character?

He narrated the whole story to me. I knew everybody's characters. It was not a particular brief that he gave me. It took me about 2 to 2.5 hours with him. I was bowled over by the concept of it.

I was surprised as to why anybody had not even touched this topic. That sentence 'The world is not only for humans' is a big line. It is a line where animals, birds are also saying

How difficult was it to work with the prosthetics?

I did not suffer, but it was a very long process. I had to sit 3 hours in one place quietly, while people worked on your body. I am a patient man, but they made me more patient and mellowed. Just had to sit in one chair for 3 hours.

Then it took 1.5 hours to take off the make-up. The pores of your skin cannot breathe under all that make-up. For the 5-6 hours I used to work, I would sweat inside my body. I still remember, when I used to take the make-up off, I used to sweat.

I couldn't eat, since the body had to be intact. You had to be on a liquid diet.

Rajinikanth has spoken before about 2.0 being your film, rather than his. What is your reaction to that?

He is just being humble. It is very much his film. The title is 2.0, so it cannot be my film. I am just the Amrish Puri of this film. We used to talk in Marathi, because he speaks Marathi and I can also speak Marathi. We enjoyed talking to each other that way. 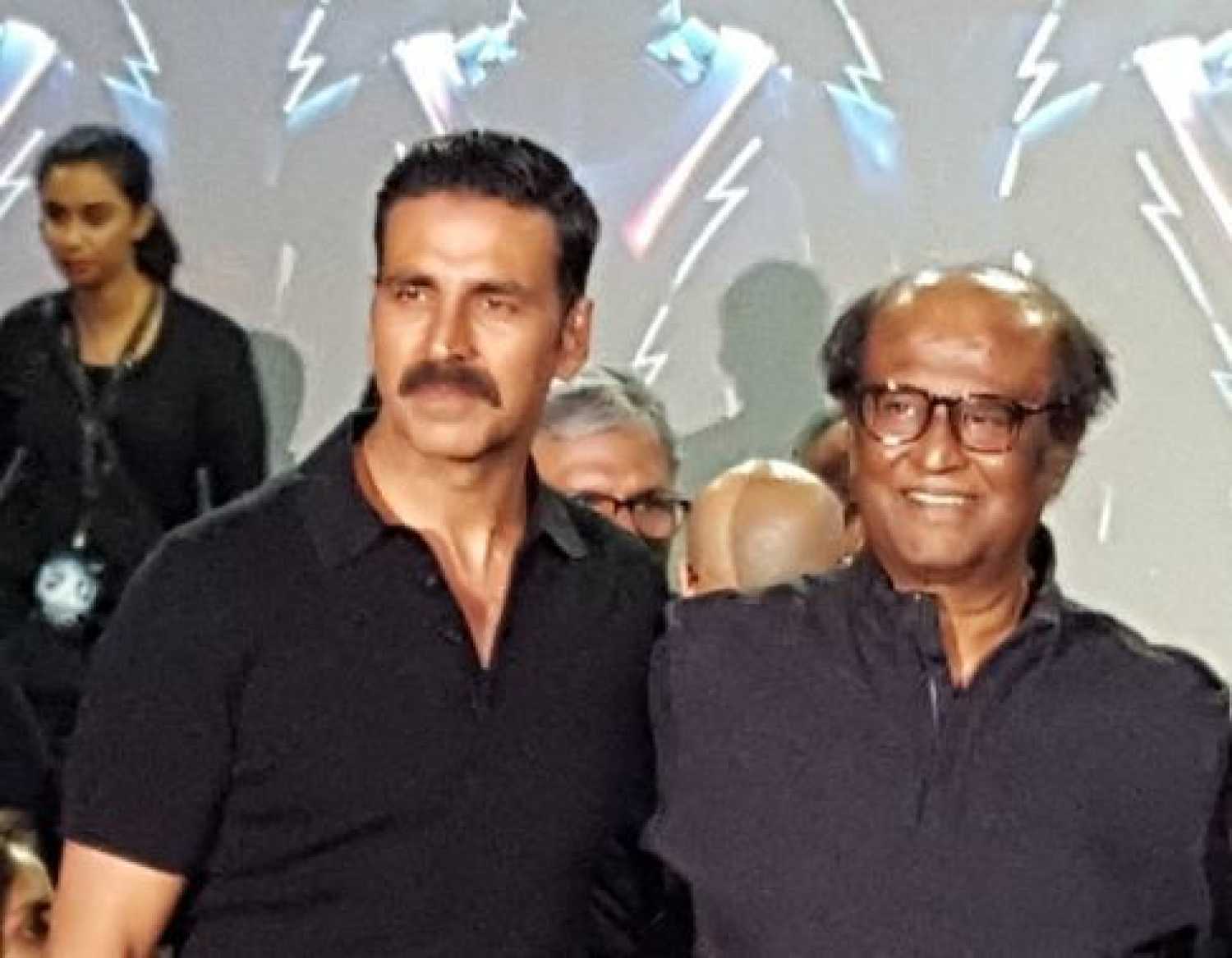 He is a great man. It is amazing that he can turn any dialogue. Just give him a line, and he will turn it into an epic line. He is a very professional man, and very humble. He is what he is. He is not worried about how his hair is, or how he looks. That speaks volumes about him.

With the massive budget, and technology involved, did you expect the anticipation around the film? Or how your character's look would become the highlight of the trailer?

I don't know whether it is a highlight of the film. The way it is made, the whole movie, is technically the best technical film India has seen. It is in 3D. Not transformed to 3D, but completely shot in 3D.

Mr Shankar is James Cameron on steroids. Everything is larger than life. It is like when you watch Transformers, this is an attempt from India's side.

We can't compete with them [Hollywood] since their budgets are 17 times higher than ours. Trust me, in Rs510 crores they cannot make what we have produced.

The concept is lovely. The social message is amazing.

What are your expectations from the film. How do you expect the audience will react to the story and the technical innovations in the film?

Technically, people will appreciate the film a lot. About screenplay, story, I will leave it to the audience. About the 3D, it is the best, finest 3D work India has ever produced.

Do you think the story or screenplay will take a backseat because of the technical highlights of the film?

No, it will not. It will enhance the story and the message. The message that the film wants to give comes out very cleanly, and is crystal clear. You will leave the theatre knowing what the story wanted to say. That narrative is very clear.

What is the most exciting thing about playing a villain?

Well, to play a villain, you require very less days. I just shot for 38 days. Mr Rajinikanth shot for maybe double the number of days.

Do filmmakers in Hindi cinema lack the kind of vision as compared to their southern counterparts?

Not in vision, but in technology they are much better. As professionalism goes, they are more professional. When they say 7.30 shooting starts, then they start shooting at 7.30. Not like here where 7.30 usually turns into 9.30.

I sometimes feel a newcomer should do five films there, and then come here. He will learn a lot there. In a day, they take 35-40 shots compared to what we do. We do about 12-15 shots.

They are fast, and don't take others for granted. They value other people's time.

What was the reaction when you saw yourself in that getup?

Nitara [Akshay's daughter] was watching me doing the makeup. So she knew the process.

The film has been made on a massive scale, and has an even bigger budget. Are you nervous for the release?

Me? No. My producers must be [laughs]. I am nervous about it, and I hope everything works. But the last I spoke to him [Shankar], he was very happy. He has already sold the digital and satellite rights. It is a huge release in Tamil film industry, and Telugu as well. He is happy.

I don't know how they will recover it. I have no idea of that, but he seems very happy with a glass of wine.

Now that you have done a sci-fi film, would you like to do more in the sci-fi genre?

Superheroes are not the only sci-fi genre. I would love to do something on the end of the world, a disaster film about science gone wrong.

I would love to do a zombie film as well. I love this stuff.

Does this film raise your benchmark, as an actor and producer?

It depends. If it works, then it is a benchmark. If it doesn't, I am back to square one. I am making a war movie called Kesari which is a high-budget film too. I love it when it brings content and commercial elements together. I love it.

What has the experience on 2.0 taught you?

I have learnt a lot about what the green screen can do to you. It can change your whole persona completely, and the environment, and the power it has. The way it has been done. I do prefer live by the way.

A lot of OTT platforms are coming out with shows with popular actors, do you have any plans?

Not yet, but I would love to do something on digital platforms as well.