I don't mind making bad films, but I want to work all the time, says Dan Wolman


The 77-year-old Israeli writer-director speaks about his unusual working process with the aim of inspiring young filmmakers to pursue all kinds of ideas and make films on their own terms.

Veteran Israeli director Dan Wolman, who has made acclaimed films like The Distance (1994) and Foreign Sister (2000), and commercially successful films like Lemon Popsicle, conducted a masterclass at the 49th International Film Festival of India (IFFI) 2018 on Saturday.

But in what turned out to be one of the most constructive masterclasses I have attended, Wolman spoke of how he develops ideas in the short film, medium and feature film formats, and of his process of making films.

"I hope I am getting this [Lifetime Achievement] award not just for the films, but [because] here is a regular person who is not rich, and in spite of not being tied to any producer I have been making films for 50 years! Fifty years ago I shot my first film, The Dreamer (1970), which went to Cannes. And since then, every three or four years I come up with a film. Films that go against all common sense. Like here in India you speak about the mainstream. And I am saying my films are not mainstream."

Wolman is to be awarded the Lifetime Achievement award at IFFI 2018. 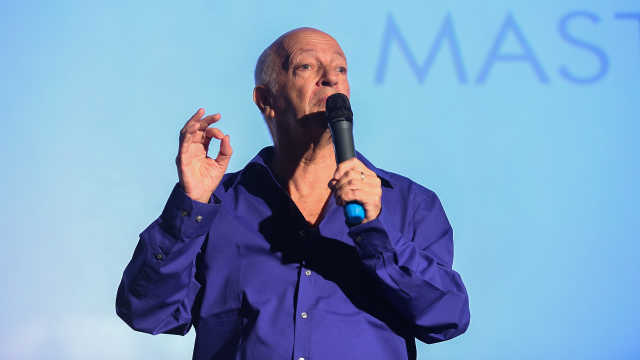 "My first film took place in an old-age home," he said. "My second also dealt with old people and was shot in black and white. A lot of people told me then that this will be your last film."

A lot of Wolman's films can be termed daring. They have mostly dealt with subjects relating to the marginalized and their problems.

"What I am doing now, do all the time, every time, is preparing two kinds of scripts," the 77-year-old filmmaker continued. "I have one kind of script where I am using my full imagination. I don't mind if it needs 20 aeroplanes or ships or the army of the Napolean... whatever it is. Maybe thousands of extras. And there is another script I am writing at the same time which is below the radar, meaning something I can do on my own, with friends.

"I always give myself a deadline. For example, I have given myself time until May. I don't have the patience for waiting and depending on other people to make my film. What I am going to do is my film. So I am writing something that is historic and something that is happening in one apartment.

"I made the film Soldier Of The Night (1984), which was the first horror film in my country, and it was done with six people — two female actors, one male actor, cameraman, sound man and me. We didn't have any boom men or makeup people. The film went to many festivals. It was also screened at IFFI some years back. 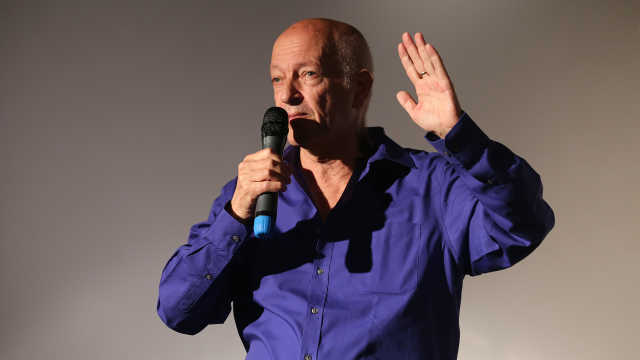 "My film Bens Biography (2003), which will be shown at this year's IFFI, had a very low budget. And it was screened at the Moscow film festival, alongside a Meryl Streep film which may be worth $50 million, and there was my little film. So there was something in the idea. So this would be my advice."

The director spoke about how it was important for him to constantly work on all kinds of projects, including documentaries, and do them on his own terms, instead of waiting for funding. He told a little story to illustrate his point.

"In the Bible there are two hunters. One is Nimrod. When he hunts an antelope he prepares very well and he is very patient. So he waits, all day he prepares. He has this bow and one arrow. He is precise and waits for a certain time when the antelope is coming to the river to drink. He waits and waits and at the right second he shoots and he kills the antelope, takes it home, and the family has something to eat.

"The other is Aesop. And he is the one who is not so patient. And he doesn't mind working a lot. He shoots, say, around 200 arrows a day. At a certain point, one of his arrows hits an antelope.

"Both of them achieve the same thing, right?" Wolman said. "So I am saying to you, as an artiste, what kind of filmmaker do you want to be? Do you want to go to producers, write a screenplay, wait until the right time, play tennis with the producer's daughter, go to cocktail parties, flatter people? And then after seven years make a good film that you always wanted to? Or every year or two years make a film? Do you want to be that kind of a hunter or this?" 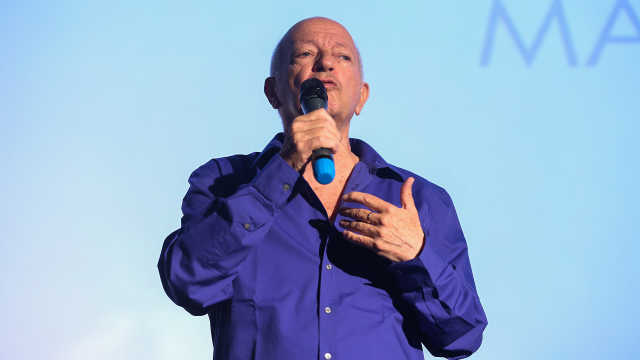 Speaking for himself, Wolman said he wanted to be the hunter who is 'foolish' and 'not that professional'. "I believe it is important to work all the time," he said. "I don't mind making bad films. I don't take it too seriously. Of course, I feel hurt when critics don't like my film, but I have learnt to say, 'Okay, there will be another film'.

The writer-director said he would encourage young filmmakers to work constantly and not wait for that one big producer to back them, but if any member of the audience felt otherwise, he would respect that point of view as well.

"Purpose of this talk is, I hope to meet in the audience someone who is foolish like me and crazy like me, and has ideas and doesn't have the means and maybe I can give him strength by telling him what I am doing," Wolman said.

He also spoke of his 'unusual' way of making films. "Sometimes a year or two passes, or three years, and people say wow, you make films every 2-3 years. For me, it was like so many days of the year I didn't do anything! Now, a year is a long time to not do anything. I don't think one has to be a filmmaker and do just that. One can do other things and make a film on the side.

"You have one script which you are submitting to various places, a mainstream idea, and at the same time you don't want to rot in wait, so you do something else.

"So here's what I do. I am going to tell you about my film Soldier Of The Night. I don't have much money, so I decide I am going to shoot two days in a month. I have money to shoot only two days. I don't need assistants, makeup person. I have six people. This way I don't need a producer. I would just ask friends to help. You need money, say, just for their taxi and food and other things. And I always pay the cameraman and actors.

"So if I shoot for a year I have 24 days of shoot, which is enough to make a feature. But this way I can control it."