How filmmaker Bhimsain's legacy is being kept alive by his family


Filmmaker and animation legend Bhimsain’s son Kireet Khurana speaks about the honorary award in his father's name and the recent publication of a book of paintings by him.

Earlier this year, legendary animator and filmmaker Bhimsain Khurana's animated films were screened in a retrospective at the 15th Mumbai International Film Festival.

A man of many talents, Bhimsain was an artist who began his career at the Films Division in 1961. Over the course of five decades, he made animated shorts and advertisements, directed avant-garde films like Gharaonda (1977), and also made documentaries like Setu and Kathni Karni Ek Si.

Sadly, Bhimsain passed away on 17 April 2018, leaving behind a lasting legacy in both Hindi cinema and Indian history. His National award-winning animated short film Ek Anek Aur Ekta (1977), which was aired several times on Doordarshan, is still remembered by those who grew up in the 1970s, 1980s and 1990s, especially the timeless song ‘Ek Chidiya, Anek Chidiyan’.

To make sure that the celebrated filmmaker, who received 16 National awards for his work, is not forgotten, the Khurana family has instituted the Bhimsain Emerging Talent (BET) award in association with The Animation Society of India (TASI), and recently published a book, Beyond Painting – Bhimsain, of his older paintings.

Cinestaan.com spoke with filmmaker Kireet Khurana on e-mail about his father’s legacy and how he and the family are continuing to introduce his work to future generations. Excerpts:

This year, you and your family instituted the Bhimsain Emerging Talent award for an upcoming artist. Can you tell us how you decided to honour your father's legacy with the award in association with The Animation Society of India? What is your hope for the future of the award?

As we all know, my father was considered a pioneer of Indian animation. In the 1970s through the 1990s, he had many firsts to his credit in this nascent domain. It would be regretful if the new generation of animators doesn’t know our past, the legacy of Ram Mohan and the late Bhimsain, on whose shoulders we are standing and have become an animation powerhouse. Their defining works became the cornerstone for setting up the entire animation industry and the unprecedented boom we witnessed in the late 1990s.

Also, one must not forget the challenges we faced during their time to learn the craft of animation in the absence of animation schools. To keep his contribution for Indian animation alive in the passionate, upcoming artists, the Bhimsain Emerging Talent (BET) award has been instated as a tribute in his name.

The BET award will be given each year, and will include a prize of Rs1 lakh (we shall be increasing the prize money as we go along) with a beautifully designed trophy which is reminiscent of his first animated short film, The Climb (1970).

You have also given his films for preservation to the Film Heritage Foundation (FHF). Has the restoration work been completed? Do you have plans to show them at some stage?

We have given all his 35mm films to FHF. Luckily he donated them with his own hands just a few months before he passed away.

We have scanned his films in 4K, and we are in the process of restoring his films, which should be done in a month or so. The new generation needs to see his amazing, pathbreaking works and how Indian animation made strides in the 1970s despite the lack of knowledge and opportunities.

We have already conducted several retrospectives of his films at prominent platforms, including one in Films Division, where he started his career, and we are intending to take it forward to international festivals as well once the films are restored.

The films are amazing and indelible for their time, and engaging even for today’s context. 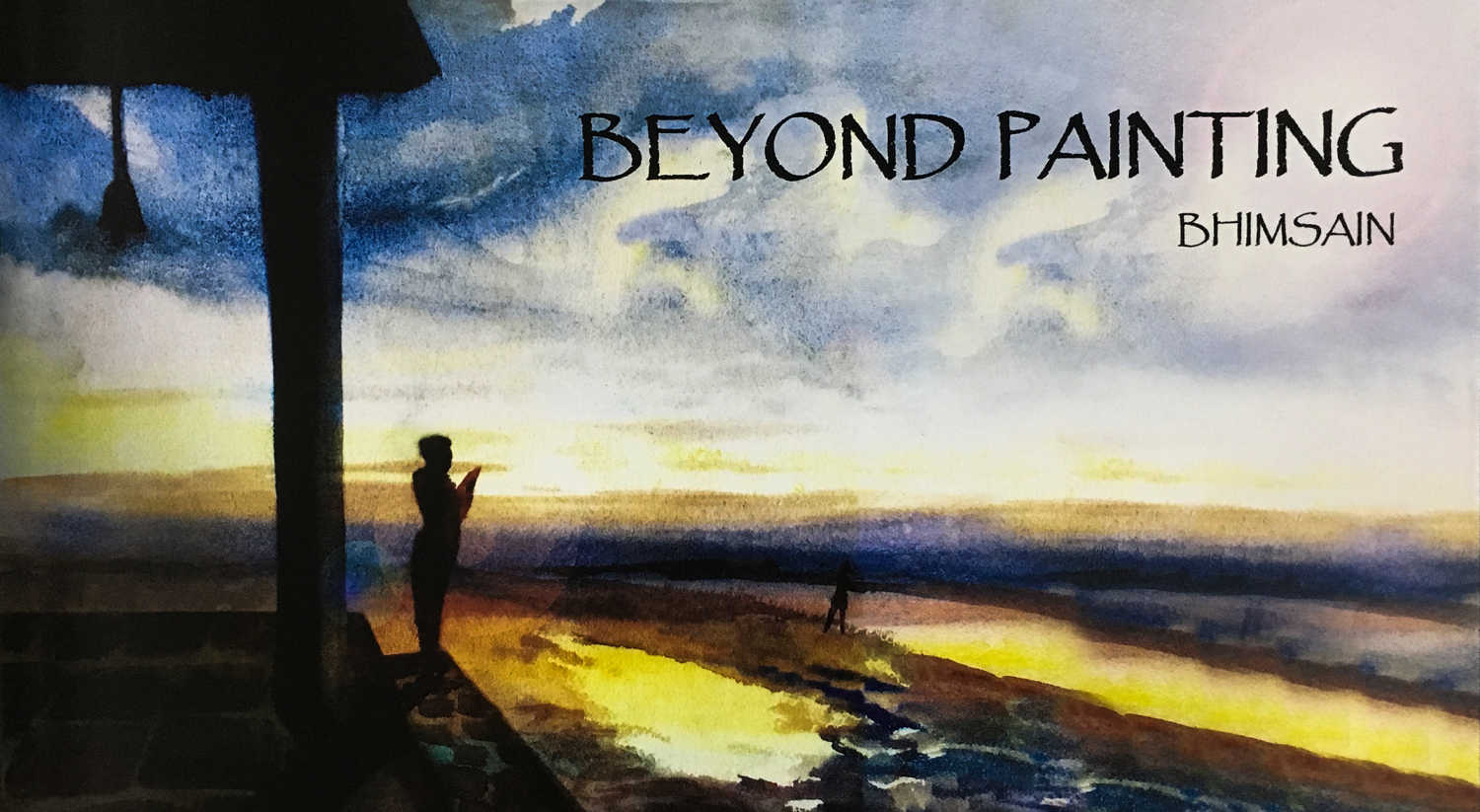 The book, Beyond Painting, has a collection of his paintings done when he was at Lucknow, at university. How long ago was the book planned, and how did it come together? Were the poems also written along with the paintings?

The coffee-table book, Beyond Painting, is a collection of some of his painting works. Most of his works have been lost or given away over the years, so the family felt the need to preserve his withering paintings in digital format. The project was started by Bhimsain himself, so it was a homecoming for us when we completed the book and it was unveiled by the dean of Lucknow Arts College [his alma mater] in his hometown Lucknow under the aegis of FICCI FLO Film Forum.

The book took six months of hard work to make as we started from scratch. The poems are written by my sister, Ritika Khurana, who has obviously poured her emotions and love in trying to understand the essence and meaning of his paintings.