Speaking on the sidelines of the 49th International Film Festival of India, the IT engineer-turned-filmmaker shares why he decided to pick the subject of gender disparity and the treatment of working women at home.

Bengali film Sampurak (The Other Half) takes a subtle, yet critical look at the treatment of so-called liberal, working women in urban areas.

Directed by Prabal Chakraborty, the film features Chandreyee Ghosh and Raj Sengupta in leading roles. The 15-minute film was screened in the Indian Panorama non-feature section at the 49th International Film Festival of India in Panaji, Goa on 21 November.

After their five-day long business workshop, a woman (Chandreyee Ghosh) and a man (Raj Sengupta) are declared as joint winners for their presentation. The film traces the life of these two individuals after their win. While the man’s success is celebrated by his family and offered privileges on his return, the woman’s win is not even talked about and she is expected to manage the pending household chores once at home. She is even made to feel guilty for her absence from home for those five days.

We caught up with Chakraborty, a computer engineer by profession and filmmaker by passion, on the sidelines of the screening. He has previously directed short films in America, where he lived for some years. Excerpts. 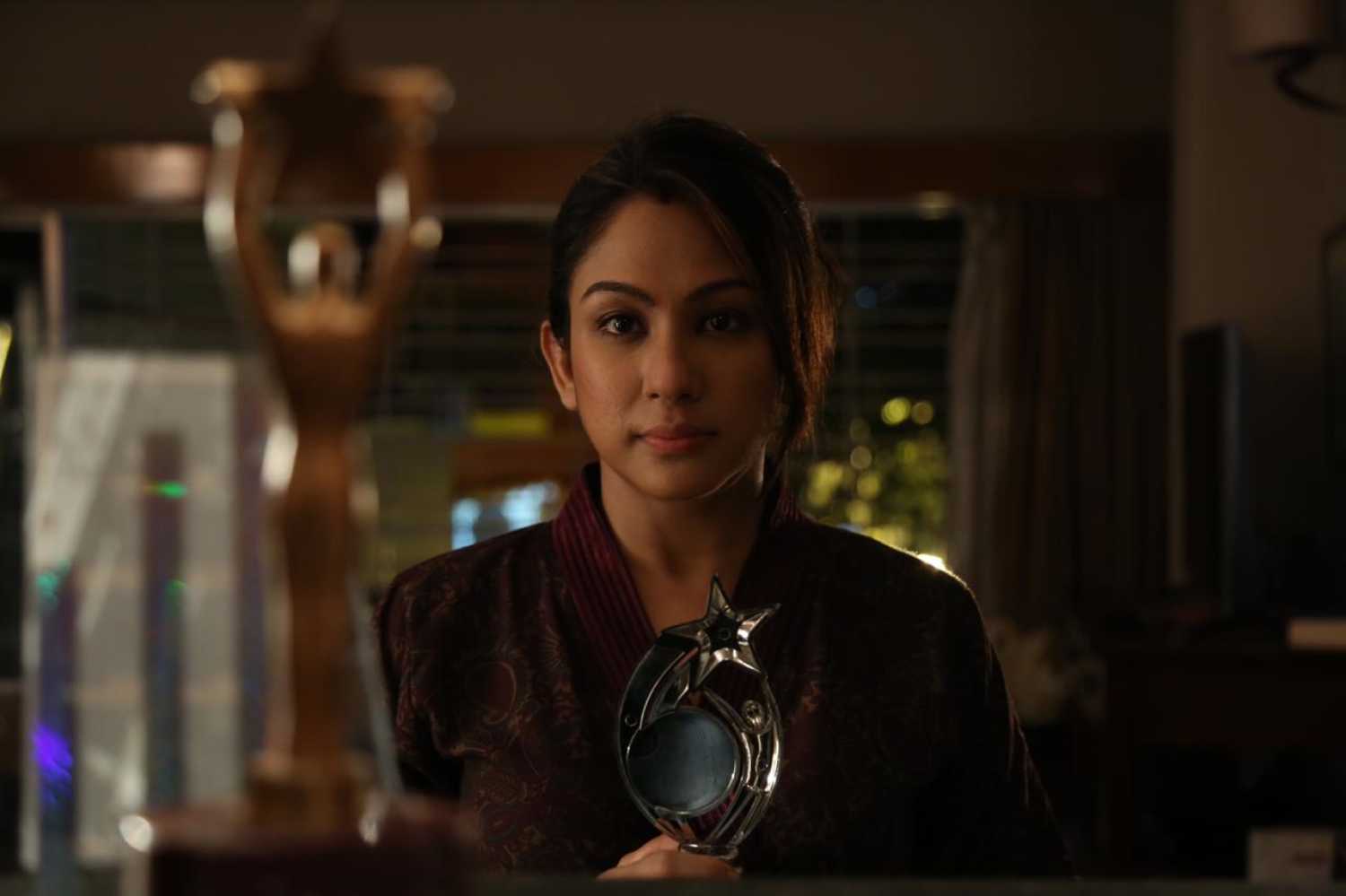 What was your inspiration to make Sampurak?

I am from an IT background and all my female friends are from this background. When we were in college, since it’s not mechanical or chemical engineering, female participation was much more. I would say it was a 2:1 male to female ratio, not equal but still good. We got a job from our campus. The campus batch was almost 50-50. But now in my company, at the position I hold, I don’t see that many girls. I thought if not 2:1, at least girls who studied with me in college should be in the workforce. The proportion was definitely skewed, and that got me thinking.

I wrote a script that talks about this gender disparity. There were few instances, like for a group-photo [at a workshop] I saw there were 20 men and just one woman. That triggered something. We were chatting and suddenly this woman says she has to go home to make rotis. That got me thinking. Not that any work is small, but if I returned home, would I have to make rotis? The way we [men] get treated… there are women fighting it out with us, they have to put more in the corporate world. Still after coming back home, what is the support they get? That triggered the script. The Bengali name came later. The English name is not the better half but The Other Half.

From engineering to filmmaking, tell me something more about the latter.

I am still working. I want to make films fulltime, let’s see. I was sent to the US for work. I studied films at New York University (NYU). At NYU there is a school called School of Continuing Educational Professional Studies. It’s primarily for those working, who want to pursue a professional career in a different field. It was an evening course.

At film school you meet people and that’s where I started making short films. Then I had to come back to India for some reasons. Even though the genre and milieu was mine, those were proper American films and they got selected at local festivals there.

Making a film not knowing the exact cultural nuances of the country or language, and being accepted on the strength of my stories and emotions portrayed, which are global, gave me confidence. When I came back to India, I wanted to make a feature. But making a feature for an independent filmmaker is not easy. And that’s when I thought I’ll make a short.

The colour scheme in Sampurak was contrasting just like the lives of the characters. In Paromita’s home it is lot darker, while Soumen’s home is brighter…

I’d like to mention my DoP Modhura Palit, an SRFTI graduate. When we sat with the colour scheme, it was always in my mind to show two different worlds. It’s a voyeuristic way of portraying their lives, without intruding much. If we had a bigger budget, then we could have utilised it much more, getting the right locations and the right walls. We wanted to show the true contrast with whatever was available to us — one is muted, and the other is coloured.

The camera is almost always in Paromita’s face, capturing every freckle and expression. Was it a conscious decision to create this intimacy with the audience?

It’s her story. We wanted the audience to be part of Paromita’s world, her feelings, especially the women audiences. As I said, the main inspiration for making the film are my friends, colleagues. I have seen Paromita all around. It’s very difficult for an actor to have a camera so close. But the amount of talent we have in Bengal is incredible.

Chandreyee Ghosh is a well-known actress in Calcutta. The way she picked up the nuances and connected with me was great. From that I dared to keep those close-ups. When I saw her, I wanted the audience to be with her and everything on her face counted. She was perfect.

From conceiving the idea to screening the film at IFFI, what kind of challenges did you face on the Sampurak journey?

I am glad you ask this. When I take my scripts to people, they ask me why my scripts talk about women. It is difficult to make these films and not many people will come to help you. This is not just in India, but also abroad. It’s not easy. There may be various socio-economic reasons for that. Maybe to a certain extent we are still not ready to expose the freckles of the society.

I wanted to make a film because I wanted them to understand me as a director so that they come forward and give me chance to make more such films. The mounting that I did on the film was because of my friend, producer Sandeep Rudra. He went door-to-door to seek help for me to get this film made. Apart from him, the entire cast and crew provided unconditional support.

I am absolutely honoured and privileged that IFFI selected my film. It’s a big platform, people can see what I wanted to say.

I plan to take Sampurak to other film festivals. We would like to release the film on some digital platform to at least recover the cost of production, which will encourage us to make more films. My script for the next film is ready. I hope I get some support to make my feature, which is based on a story by renowned novelist Suchitra Bhattacharya. She writes great stories on women. Being a working woman, she understands the struggle of urban women. It’s called Ardhek Akash.