It is the wacky humour of Bauaa that drives the trailer, and possibly the film as well.

The trailer of Shah Rukh Khan’s Zero (2018) was finally launched on the actor's 53rd birthday today.

Khan plays a dwarf for the first time. And a couple of days ago we learned that actress Anushka Sharma is playing a paraplegic woman, also a first for her.

Katrina Kaif plays herself, a film star. The trailer suggests there is more to the story than just a dwarf trying to win over his lady love.

Size doesn’t matter would apply to normal beings, but in a society of unequals, it is tough to gain respect. Dwarf Bauaa Singh (Khan) is not perturbed by his height, or lack of it, and harbours big dreams. He stumbles upon a picture of a beautiful girl (Sharma) but is shocked to know she is a paraplegic. That doesn’t deter him from wooing Aafiya Yusufzai Bhinder. Sharma is said to be playing a scientist in the film. 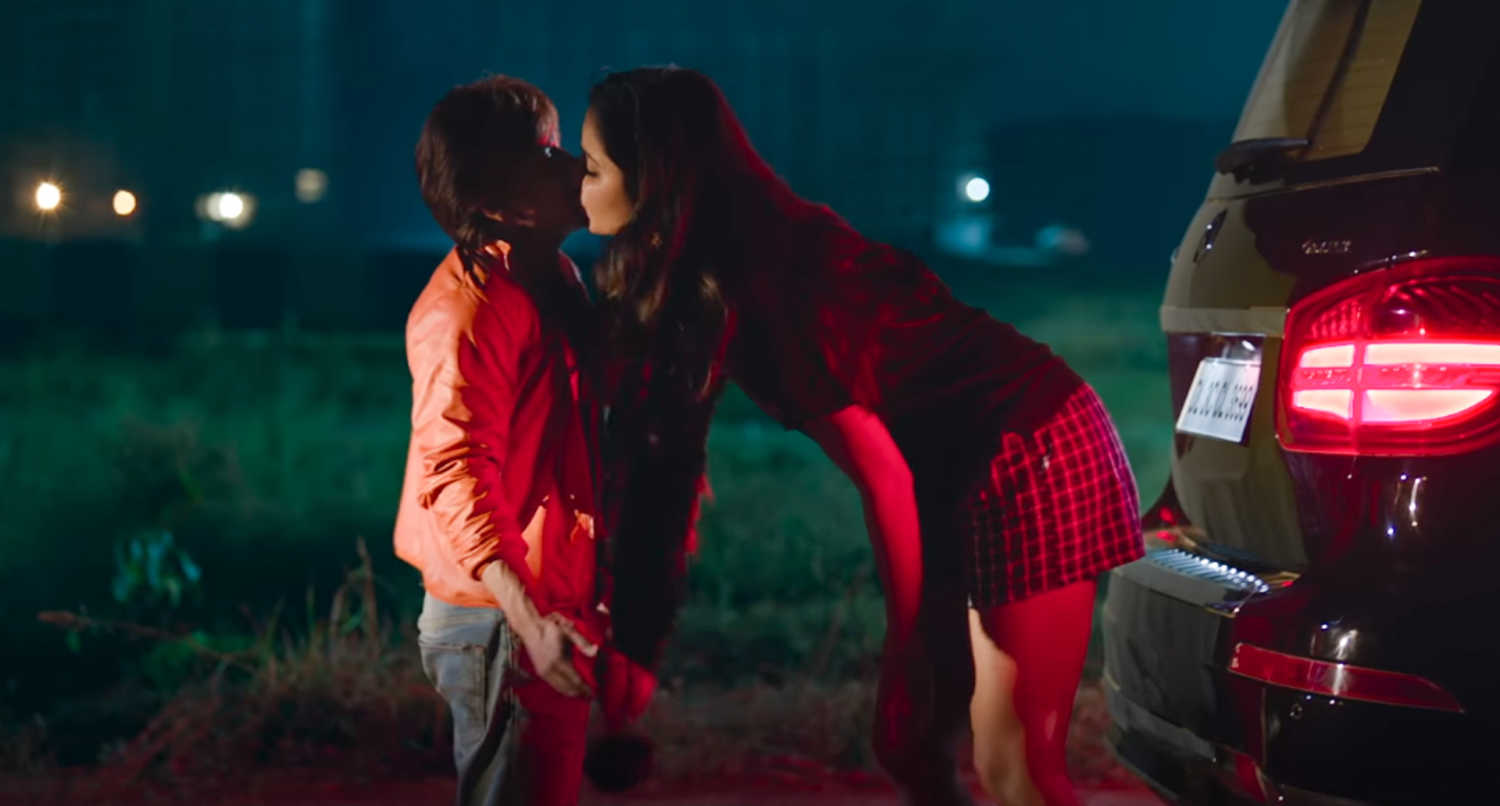 The trailer suggests Aafiya falls for the ganvaar, meaning rustic, Bauaa. Bauaa reveals about his first crush Katrina, who is now a superstar actress. Perhaps, Bauaa mistook an odd kiss on his lips to be a sign of love. Kaif insults him, leaving him distressed, yet adamant.

The trailer ends with Bauaa talking about getting the moon, and a rocket launch. The makers have cleverly shown the launch as a teaser, without revealing anything more.

Director Aanand L Rai has cut an entertaining trailer. What is striking is that despite their disabilities, the central characters are full of life. There may be some sad moments, but they come across as inspirational characters.

Khan brings out his iconic loverboy pose from Dilwale Dulhania Le Jayenge (1995) here too. The trailer is full of vibrant colours.

But it is the wacky humour of Bauaa that drives the trailer, and, possibly, the film too. Bauaa’s altercation with his father [played by Tigmanshu Dhulia] is hilarious. He blames his father for him being a dwarf, and Dhulia angrily asks him how. Bauaa chides him, “Your sperm shrank because you had too much gutkha [chewing tobacco],” he yells. The trailer has a few more funny one-liners.

Despite playing a dwarf, what doesn’t change is the trademark SRK style.

Kaif has the air of being a star about her, while it is too early to say how Sharma fares as a paraplegic character.

All in all, Zero comes across as a fun romantic film that will also subtly reflect how society looks upon its Bauaas and Aafiyas. It does appear a little larger than life, but that is when cinematic liberty comes into play. The film will be released on 21 December.

Watch the trailer of Zero below and tell us what you think of the film's box-office prospects.