The Stree (2018) actress wrote on social media that she spent the last month at home recovering from her illness.

After ‘a debilitating spell of dengue’, actress Shraddha Kapoor is back to shoot for her next film, Chhichhore (2019), directed by Nitesh Tiwari.

Kapoor plays Maya, an engineering student, in the film which is planned for release on 30 August 2019.

The actress shared a short video of herself getting ready to get into character on set. 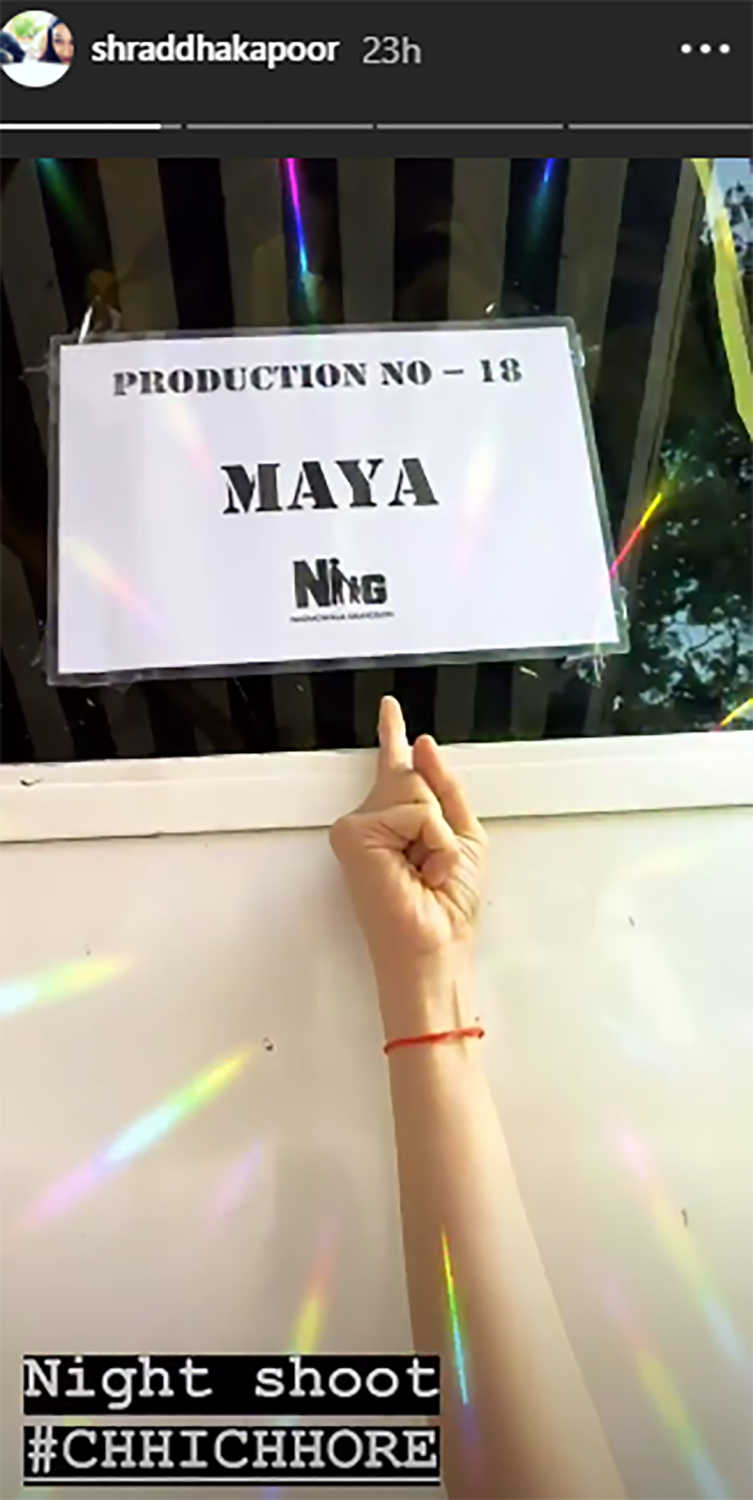 But almost a month ago, she was in bed, suffering from dengue.

Kapoor put up a long and emotional post in which she wrote about the deep gratitude she felt returning to work on a film set.

She thanked her family for their constant support: “My family and loved ones have been my backbone, support and healing energy through this recovery. You all know who you are.”

She called herself “the luckiest girl in the world to have been showered with love, care and compassion, every moment of the way” and thanked the production teams of her films which are due for release in 2019 — Saaho, Chhichhore and Saina — for being understanding.

Her time with her family allowed her to recuperate faster. She spent Diwali and celebrated her aunt Padmini Kolhapure’s birthday on 1 November.

“I was at home for over a month and it was very nice to spend precious time with my family whilst recovering. It served as a reminder how wonderful it is to make time for them and for loved ones. It feels like the most important thing in the world. It's what matters,” she wrote.

Besides Chhichhore, Shraddha Kapoor is shooting for badminton champion Saina Nehwal’s biopic with filmmaker Amole Gupte. Filming for the biopic began in late September after which Kapoor fell ill.