I could challenge myself as an actor in Kedara, says Kaushik Ganguly


The filmmaker-actor said people were aware of Dasgupta’s oeuvre as a composer but will be surprised to see his depth as a filmmaker.

Kaushik Ganguly, who plays Narasingha in Kedara
give your opinion

Music director turned filmmaker Indraadip Dasgupta’s debut feature Kedara (English title: The Songs Of Silence) was premiered in the India Competition section of the 24th Kolkata International Film Festival in the presence of the director, actors Kaushik Ganguly and Rudranil Ghosh, dialogue writer Srijato Bandopadhyay, producer Samiran Das and actress Mousumi Sanyal Dasgupta, who makes her debut. The film will be released in theatres next year.

“First of all, we don’t want many people to watch the film at the festival as it is going to be released next year," Ganguly, himself a well-known filmmaker, said. "We are honoured that the film has been selected in this section. It is a big achievement for any debut filmmaker to have his or her film screened at such a festival.”

The filmmaker-actor also said people were aware of Dasgupta’s oeuvre as a composer but they will be surprised to see his depth as a filmmaker as well.

“Dasgupta is filled with poetic sensibilities and to translate that into a screenplay, he has taken the help of one of the finest authors and poets of this generation, Srijato,” Ganguly said.

The film's music has been composed by Arijit Singh and Ganguly also expressed his admiration for Dasgupta trusting another musician to compose for his film despite being a composer himself. 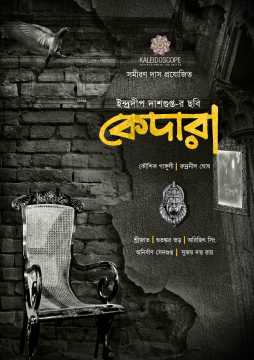 “I am sure the film will eventually surprise the audience," said Bandopadhyay. "I feel it is quite difficult to match up to the imagination level of a musician. I would say it is quite normal for a person who can compose a song out of nowhere to make a film on such an unexpected subject."

Dasgupta said he had wanted to make a film for a long time. But "to get into the process, one first needs to put in a lot of mental effort and then a lot of physical effort", he said.

On the casting for his film, Dasgupta said even if he had had the luxury of casting an actor from anywhere around the world, he would have still chosen Ganguly. "I approached Kaushikda first, before even consulting any producer or financer,” he revealed. Rudranil Ghosh was another inevitable choice for him, he said.

Ganguly said it was "quite challenging" to act in a film that is so heavily dependent on the performance of its main cast and where there is so much to convey "between the lines".

"In the entire film, there are the two characters — mine and Rudra’s — who play the most important roles," he said. "And there are many voices. Not every actor gets the opportunity to do such voice modulations in a single film. For me, shooting the film was like attending a workshop. I requested Dasgupta to allow me to do all the caricatures while performing the role of a ventriloquist as I wanted to challenge myself.”

Kedara will be screened at the 14th Habitat Film Festival in New Delhi's India Habitat Centre on 18 May 2019 at 1:30 pm.