Meenakshi Seshadri had a relatively short film career of 13 years before she got married and moved to the US. As the former beauty queen and actress turns 55 today, we look at the best roles of her career.

In 1983, a graceful and beautiful actress made a big splash with only her second film in a leading role, Subhash Ghai's Hero, and went on to become one of the more popular actresses of the 1980s and early 1990s, before she quit the arclights to marry investment banker Harish Mysore and settle down in the United States in 1995.

But in a career spanning just 13 years, Meenakshi Seshadri did manage to win many hearts, not just with her looks and grace but also with her performances.

Like Madhuri Dixit Nene and Sridevi (who also made a splash in Hindi cinema with Himmatwala in 1983), Meenakshi was a trained dancer, and it was clear from her initial performances that she had great screen presence and the acting chops, too. But while the other two went on to rule Hindi cinema in the 1980s and 1990s, Meenakshi found few roles that would allow her to explore her potential.

In fact, Dixit Nene played supporting roles in films like Awara Baap (1985) and Swati (1986), where Meenakshi was the leading lady. But Tezaab (1988) changed everything. Interestingly, the role of Mohini in N Chandra's blockbuster was first offered to Meenakshi, who turned it down. The role then went to Madhuri Dixit and the rest is history.

To Meenakshi's ill luck, many of the films in which she did have strong roles did not work at the box office, like her role of a widow in 1988's Aurat Teri Yahi Kahaani (the same year in which Tezaab and Khoon Bhari Maang become blockbusters), or her outing as an assertive young woman in Swati (1986).

Also, many of the multi-starrers — some made by big banners — she was part of also failed at the box office. These included Yash Chopra's Vijay (1988), Manmohan Desai's Gangaa Jamunaa Saraswathi (1988) and Ketan Desai's Toofan (1989).

But she was still one of the more talented and wanted heroines of the time, thanks in part to her disciplined and courteous behaviour and professionalism on the sets. And whenever she did get the chance to explore her acting potential, she made a big impression, whether it was with her glamorous turn in Shahenshah or her indomitable character in Damini (1993).

As the former beauty queen and actress turns 55 (she was born on 16 November 1963), we present five of Meenakshi Seshadri's more memorable roles.

Meenakshi Seshadri's first break came in the form of Painter Babu in 1983 when Manoj Kumar asked the much-in-news Miss India to play the leading role opposite his brother, Rajeev Goswami, who was being launched with the film.

The film turned out to be a dud and word is that Meenakshi decided to quit acting after the failure of her debut film.

But as luck would have it, she tasted success with Hero, her second film, which came out later that year. The film, directed by Subhash Ghai, also marked the debut of the model Jackie Shroff and was a superhit at the box office, setting up both its leading man and leading lady.

Meenakshi got a chance to showcase several facets of her personality in Hero — her dancing skills, her glamorous side (remember the waterfall sequence in the song 'Nindiya Se Jagi Bahaar'?) and her acting chops in some of the romantic and dramatic scenes. 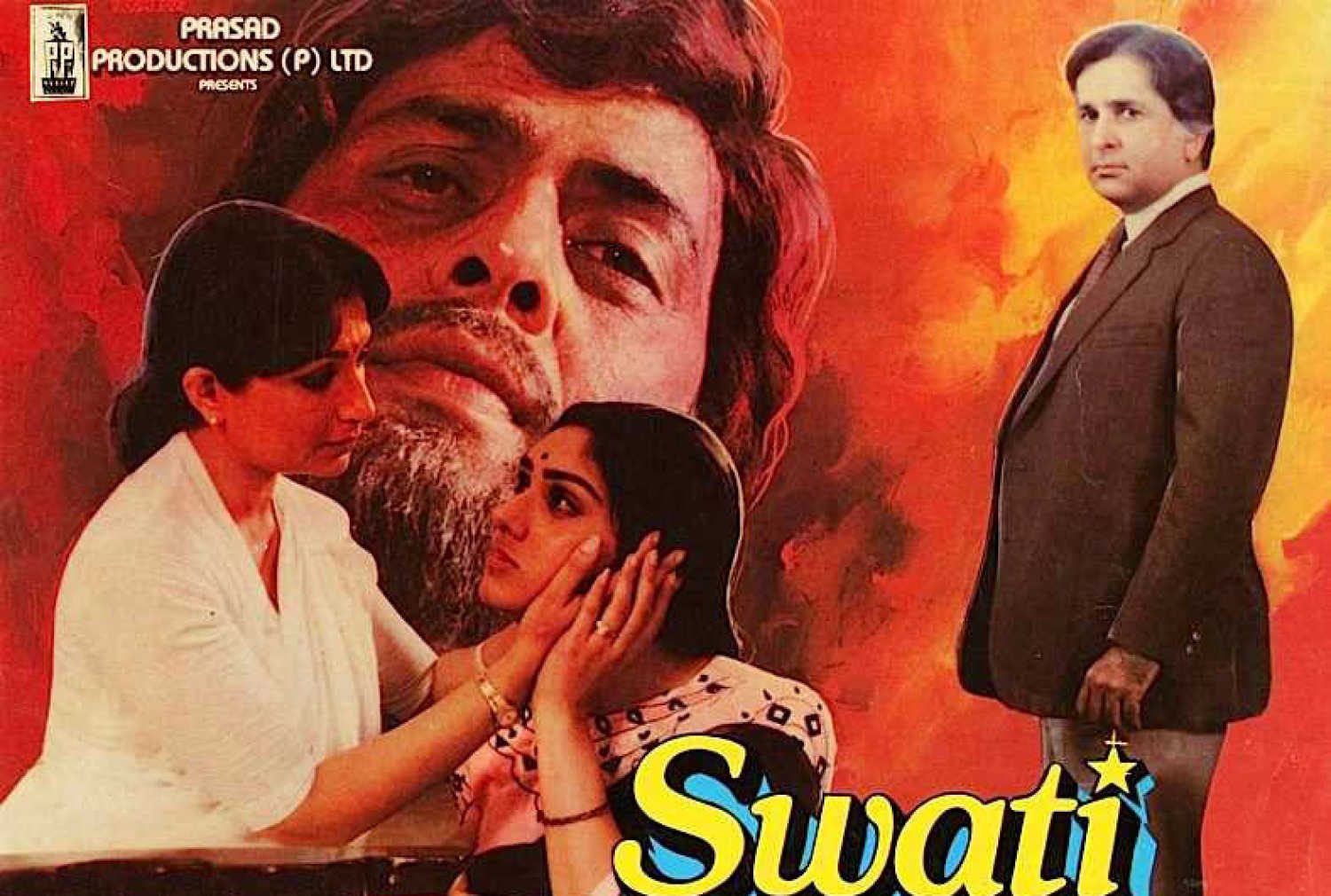 Though it didn't set the box office on fire, Kranthi Kumar's art-house film Swati brought Meenakshi some critical acclaim. Cast in the title role, Meenakshi played a feminist who stands up against gender inequality. Her angry young woman avatar stems from the fact that she was brought up by a single mother who was abandoned by her lover, and was looked down upon in society for being an unwed mother.

Despite having been in the film industry for only three years at the time of this film's release, Meenakshi put up a mature performance in Swati and went toe to toe with the veterans Sharmila Tagore, who played her mother, Shashi Kapaoor and Vinod Mehra.

Coming two years after the assassination of India's first and so far only woman prime minister Indira Gandhi, Swati explored what it meant to be a woman in 1980s India. Almost every scene was packed with a message on gender inequality, as Meenakshi's assertive young woman talks about gender roles and the double standards of society, touching upon everything from sharing household chores to fighting eve-teasing and misogyny in language, and encouraging financial independence.

Meenakshi Seshadri, who was often seen in an Indian avatar and viewed as the epitome of grace, took on a very Westernized role in the Tinnu Anand directorial Shahenshah, opposite then superstar Amitabh Bachchan. She was seen wearing short dresses, skirts and shorts throughout. The actress played Shalu, the love interest of Amitabh Bachchan's Vijay, a quirky police officer by day and a vigilante at night.

Meenakshi's role was that of a smart, perky thief who falls in love with Bachchan's Shahenshah. The actress provided the light-hearted moments in the action film and matched Bachchan's fabled comic timing like a pro. She also grooved to the hit sexy dance number 'Hey You Gardish Main Jab' in the climax.

While all the other films that paired Meenakshi Seshadri with Bachchan, like Gangaa Jamunaa Saraswathi (1988), Toofan (1989) and Akayla (1991) flopped, Shahenshah became one of the biggest hits of 1988. 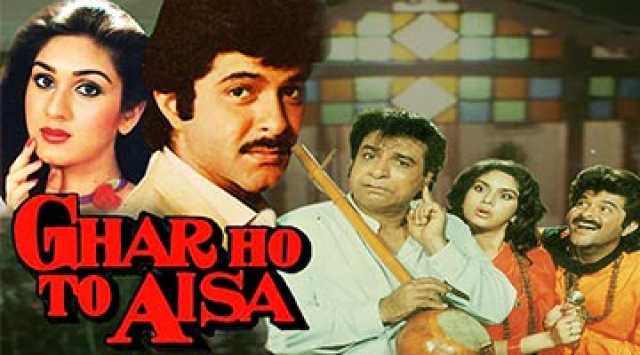 The late 1980s also saw a spate of family dramas like Biwi Ho To Aisi (1988), Ghar Ghar Ki Kahani (1988), Jaisi Karni Waisi Bharni (1989), Bahurani (1989) and Jamai Raja (1990), which explored the dynamics within a joint family, patriarchy, exploitation of the daughter-in-law and the changing role of women (on most occasions newly married) in the family system and in society.

Meenakshi Seshadri got the chance to play one such author-backed role in the 1990 family drama, Ghar Ho To Aisa. She played an independent young woman, Seema, who enters into a fake marriage with Amar (Anil Kapoor) so that she can set right his crooked mother and his toxic, dysfunctional family.

Meenakshi's fiesty interactions with her docile hubby and domineering mother-in-law, the villain of the film, made for some very entertaining scenes. She proved that she had great screen presence, could exude power to hold the audience's attention, and carry a film on her shoulders. 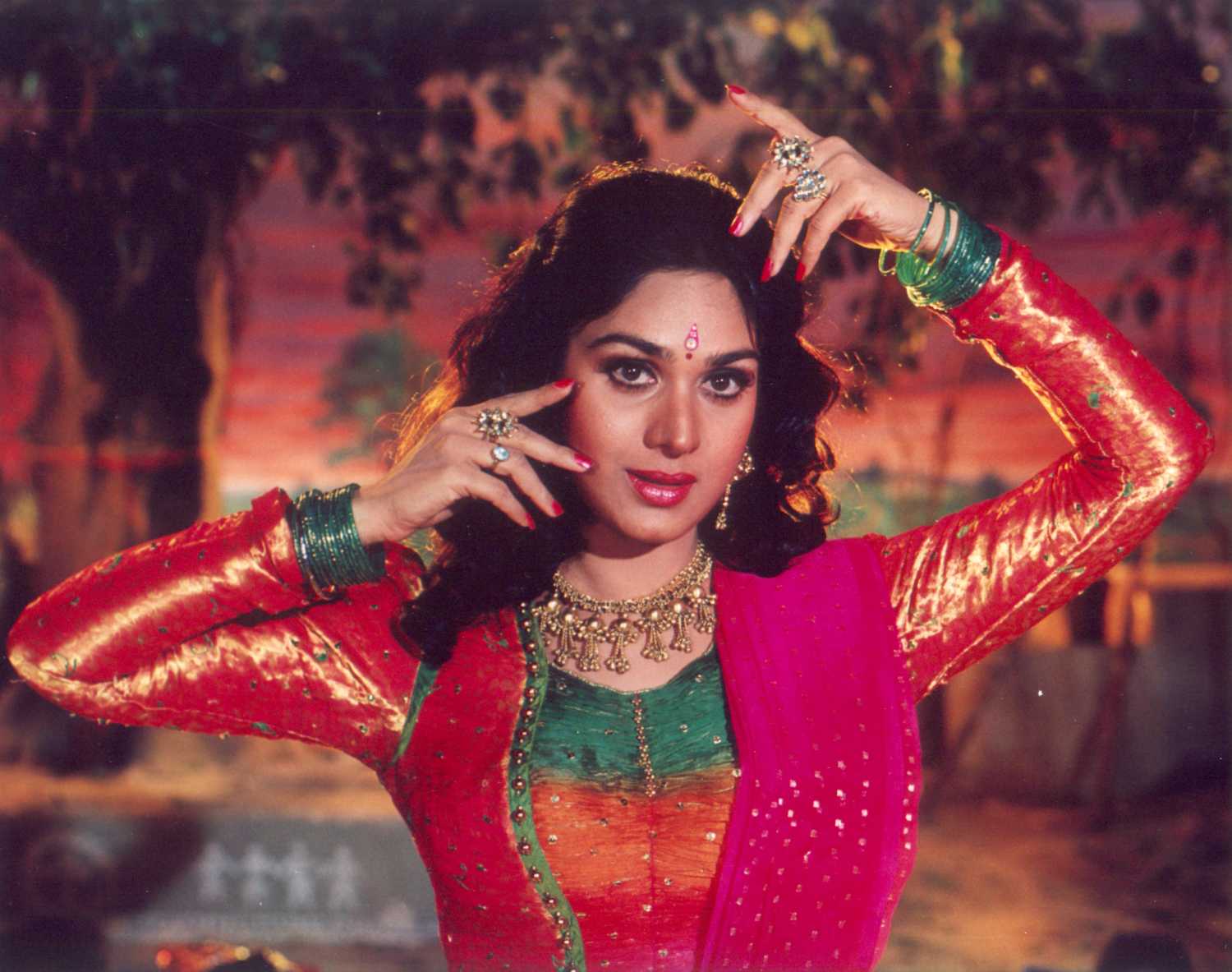 Damini was a career-defining role for Meenakshi Seshadri. As a woman of indomitable spirit who takes on her own family and fights for justice for a rape victim against all odds, even at great personal cost, she delivered a power-packed performance.

Meenakshi's character was that of a newly married woman who witnesses her household help being raped by her husband’s brother. When she decides to testify against her family, she is declared insane and sent to a mental asylum.

While we all know that Damini is Meenakshi's most memorable role, not many know what transpired behind the scenes. The film's director, Raj Kumar Santoshi, was head over heels in love with the actress. He had even proposed marriage to her before work began on Damini. When she said no, Santoshi had her thrown out of the film. Meenakshi then approached the Cine Artistes' Association, asking why a personal matter should affect her professionally. Santoshi was forced to bring her back and Damini turned out to be her career’s best performance.

In fact, Santoshi then cast her again in Ghatak (1996) as he had promised to.

In an interview to The Times of India newspaper in 2015, the actress said, "I feel connected to Damini as I feel the character is close to how I am in real life, a person who likes to be very honest and very simple and who wants to fight for rights. It was interesting that as I was making Damini, there was a lot of controversy. I was supposed to be taken out from the movie and then I fought for my rights and said, 'Meri koi galati nahi hai', so for no mistake of mine why should I be removed from the movie?"