Box office: Business of Thugs Of Hindostan drops by 60% on first Monday, lags behind Race 3 too


Directed by Vijay Krishna Acharya, Thugs Of Hindostan has made Rs122.50 crore nett in the first five days.

The wheels are coming off for Thugs Of Hindostan much quicker than anyone would have expected. After a record opening of Rs50.75 crore nett, the business of action adventure starring Aamir Khan, Amitabh Bachchan, Katrina Kaif and Fatima Sana Shaikh, has dropped alarmingly.

Directed by Vijay Krishna Acharya, Thugs Of Hindostan has made Rs122.50 crore nett in the first five days. Made at an estimated budget of around Rs300 crore nett, the film was released across 5,000 screens in India and 2,000 screens overseas.

Thugs Of Hindostan is a period film set in the 18th century during the British Raj. Unable to capture the rebel Khudabaksh (Bachchan), deemed a pirate, the British hire a thug named Firangee (Khan).

As per trade sources, Yash Raj Films bagged around Rs110 crore for satellite (Sony Entertainment Television) and digital rights (Amazon Prime Video). The marquee production house is said to have sold the film to Chinese distributor Estars Films for release in China for over $15 million (approximately Rs109 crore). With this, the production house has recovered around Rs220 crore in satellite, digital and China distribution rights.

After the record opening, Thugs Of Hindostan has struggled to keep any momentum. The film has been largely panned by the critics while the dwindling collection only seems to suggest that the film hasn’t got a good word of the mouth either.

The Yash Raj Films action adventure is the second big-ticket film this year that’s gone off the boil after a good initial run. Salman Khan’s Race 3 (2018) too saw a downward curve after a good opening weekend where it made Rs100 crore nett.

Thugs Of Hindostan review: Regular potboiler, not worthy of a maiden collaboration between Amitabh and Aamir

Race 3 was made an estimated budget of around Rs120-125 crore and released across 4,300 screens in India on 15 June 2018. It had an impressive opening of Rs27.69 crore nett. The collection jumped to Rs36.25 crore nett on the second that was a holiday on account of Eid. The action drama made around Rs37 crore nett on the following day to take its three-day total to a huge Rs100.94 crore nett.

As opposed to Race 3, Thugs Of Hindostan started its downward spiral from day two itself.

The fourth-day collection dropped around 25% making Rs16.75 crore nett. And now on its first Monday, the collections have dropped over 60% in comparison to the Sunday collection.

After an impressive opening weekend, Race started to slide from its first Monday onwards. Compared to the Sunday collection, Race 3 dropped by over 60% making Rs14 crore nett on its first Monday.

If we take out Baahubali: The Conclusion (2017), then Race comes at the 15th spot in the list of highest first Monday collections, as reported by Boxofficeidia.com.

Race 3 started to feel the heat on the first Tuesday onwards where it made around Rs8-9 crore nett. The collections dropped by 40% from its first Monday. Despite, the terrible reviews, Race 3 still enjoyed a decent first week, collecting Rs138.69 crore nett. But when you make Rs100 crore in three days, and just about Rs38 crore nett in the next four days, it shows that Race 3 fared below expectation in the first week. 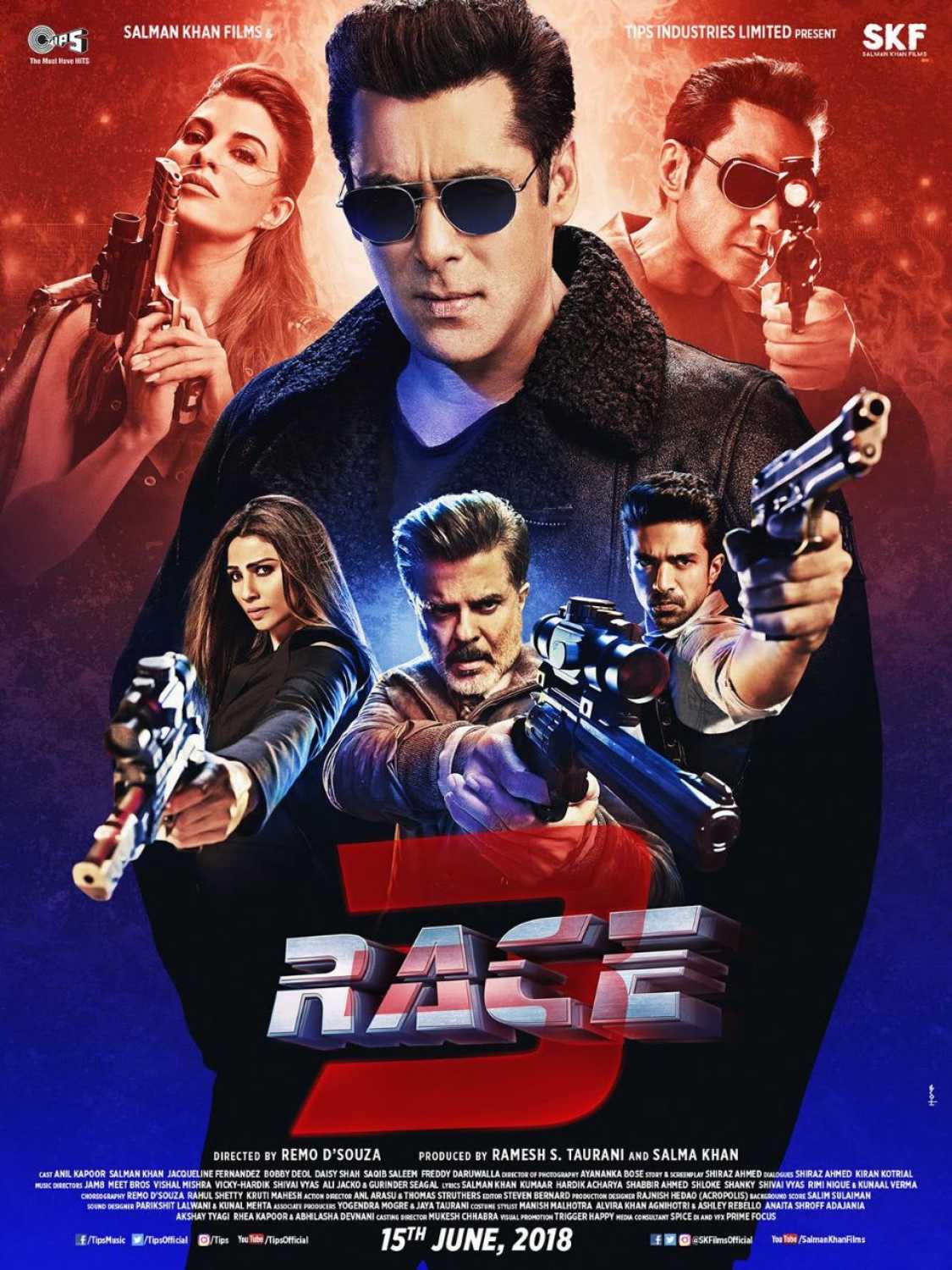 Race 3 review: This vehicle runs out of gas long before the finish line

What didn’t help Race is that Ranbir Kapoor-starrer Sanju was released on 29 June, which scuppered any further growth for Race 3. Eventually, the film would only go one to make Rs166.15 crore nett in its India business.

While the film may have recovered its cost, and actor-producer Salman made good money, there was very little in it for the exhibitors. Trade sources had told us then that no studio came forward to buy Race 3, and Salman distributed it himself. As per sources, Salman negotiated a 70:30 revenue sharing ratio with the multiplexes, while he stuck to the usual 50:50 ratio with the single screen exhibitors.

Given its huge cost, and the film showing a downward trend from the second day itself, Thugs Of Hindostan would really struggle to even make Rs200 crore nett. The question of Aamir Khan sharing profits, if any, doesn't arise as yet for YRF is a long way from it.

Yash Raj Films has a daunting task ahead to make decent returns from theatrical business.