25 years of Baazigar: Director Abbas on how Shah Rukh instantly said yes for a negative role


Abbas Alibhai Burmawalla, from the Abbas-Mustan duo, got nostalgic and shared interesting anecdotes during an exclusive chat with us.

In the first few films in his career, Shah Rukh Khan played light-hearted characters that portrayed him as a chocolate-boy. However, he soon stunned the audiences with his mysterious and evil avatar in Abbas-Mustan’s 1993 thriller Baazigar. In an era when heroes preferred playing positive characters, here was a young man ready to take risks. Baazigar not only turned out to be an iconic film, but also became a career defining moment for Shah Rukh.

As Baazigar completes 25 years today (it was released on 12 November 1993), Abbas Alibhai Burmawalla, from the Abbas-Mustan duo, got nostalgic and shared interesting anecdotes during an exclusive chat with Cinestaan.com.

Baazigar came at a time when most films in mainstream Hindi cinema were similar in content. “It was an era of musical, family and light-hearted films, which had around 12-14 songs. So, when we thought of making a film like Baazigar, producers and others were apprehensive and uncertain as to whether the film should be made,” said Abbas. 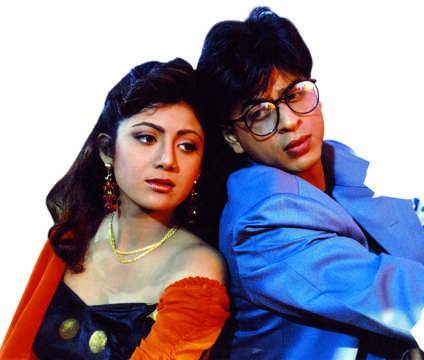 “We said if we make a film on this story, people will get to see something new at least. Ever since we entered the industry we [Abbas-Mustan] have been making films that were against the normal trend,” he said. “Before this film, we had made Khiladi [1992] and Aginikaal [1990] which were also different from that era," he added.

Interestingly, Baazigar was concieved after another project failed to materialize. “We were trying to make another film with a multi-star cast. We thought of casting Mithun da [Chakraborty], who was doing well then, Salman [Khan], who was also good and Manisha Koirala. We had started work and the title was Magroor. But the story didn’t develop well,” Abbas said.

He further revealed that the idea of Baazigar was inspired from a scene in a Hollywood movie A Kiss Before Dying (1956). “One of our assistants saw a shot in a Hollywood film where a man, an anti-hero, throws a woman from a terrace. We neither saw the film nor did we lift anything from it. We just got inspired from this single shot and made our own story from it,” he said.

Baazigar has Shah Rukh play Ajay Verma who feigns love for Seema (Shilpa Shetty), daughter of Madan Chopra (Dalip Tahil), who killed Ajay's father. On the day they are supposed to elope and get married in court, Ajay kills Seema by pushing her from a terrace. He then, as Vicky Malhotra, dates Seema’s sister Priya and plans to murder her too.

Taking cues from other mainstream Hindi films helped them Indianize the storyline. “We were wondering if the film will do well since it is an anti-hero film. We then thought that Manmohan Desai’s films always had that maa [mother] angle. We thought that if a film gets mother’s emotion right, it never fails,” Abbas added.

The director duo decided to write the screenplay in a way that it didn’t reveal much and kept the audiences in the dark. “We just gave the prologue in bits and pieces. Normally, the prologue is shown first, so the audience knows what will happen next. But we tried a new format. Initially, we gave an idea to the audience that Shah Rukh has a double role — one with Kajol and the other with Shilpa Shetty. Finally, we revealed at the interval point that it is the same person,” he explained.

Not surprisingly, casting for the main lead was a difficult process. Abbas-Mustan initially approached Anil Kapoor for the role. “When the first draft was ready, we approached Anil Kapoor. He was shooting for Roop Ki Rani Choron Ka Raja (1993) at Famous Studios in Mahalaxmi. We narrated the story to him,” he recalled. While Kapoor acknowledged that the story was different, he didn't agree to take up the role. “He had done different types of films then. But he felt people might not accept him in a negative role,” Abbas said.

They then approached Salman Khan, who was another young and upcoming star then. However, he too rejected the film. “He had a certain image as he was doing Rajshri’s films then. He was also right in thinking that going against his image and playing a negative role might not work,” Abbas explained.

Abbas-Mustan had seen Shah Rukh’s performance in Deewana (1992) and films like Raju Ban Gaya Gentleman (1992). The duo thought over approaching Shah Rukh for the role. “We knew he was a very good actor who is doing different and entertaining roles. We discussed amongst us as to how it would be if he is cast in this role," he said, adding, "We had met him first when he had come to see the trial show of Khiladi at Dimple Theatre. He had said it’s a very good film. Then Venus had approached him for another film with another director which he didn’t like. At that time we met him again. He requested us to contact him if we have a good script for him." 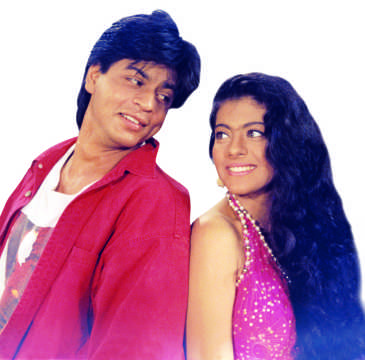 When the filmmakers approached him, he insisted that the story be narrated by the directors instead of the film’s writers, Robin Bhatt, Javed Siddiqui and Akash Khurana. “We told him that we are bad narrators but he insisted that he wants to hear from the directors to know how we are visualizing the film,” said Abbas. But the first narration was enough for the young actor. “As soon as we narrated the film, he said he will do it," Abbas recounted.

After working with Shah Rukh, Abbas-Mustan realized that he is a director’s actor. “He has such a wide range. He used to give us options of performing a single scene differently. What else does a director need? It was a great experience for us. The film was made as we wanted,” he said.

The most defining moment in Baazigar was the scene where Shah Rukh's character Ajay pushes Seema from the terrace. The unexpected moment shocked the audience. “We definitely knew this is going to be a shocker,” Abbas said. Explaining the scene, he added, “He purposely calls her during lunch time, so he suggests going on the terrace. He makes her sit on the parapet through smooth talks. But he had to say sorry before doing that.”

The scene where Ajay loses his contact lens thrills the audience even after 25 years. “We created the scene specifically to add more thrill. Also, his [murder] scene with Daboo Malik, and Resham Tipnis, who learns who he is... He was such a negative character that he removes all the obstacles that come in his way,” said Abbas.

One of the film's most famous dialogues was Haar ke jeetne wale ko Baazigar kehte hain [The one who wins after facing failure is the real winner]. The dialogue can still be seen on social media memes today. The director says they already knew the dialogue would be a hit: “We were sure this line would work and become famous. We used the line twice.”

Although Baazigar was a thriller, the film’s comic scenes featuring Johnny Lever are also widely remembered. He plays the manservant Babulal at Madan Chopra's house, who has the habit of forgetting and confusing things. According to Abbas, Babulal was not only the comic relief in the film but also a character who added thrill. “We knew that in such thrillers there had to be a character who stays in the victim’s house and is a witness but is absent minded,” he said.

Interestingly, Johnny Lever’s character was inspired from a play Abbas-Mustan had seen. “We had seen such a character in a play. He was so hilarious that he used to forget right when he had to remember something. It actually adds to the thrill,” Abbas said.

The situational comedy he created and the dialogues Jonny Lever delivered in the film too became a rage. One of the most funny scenes comes when Babulal is asked to relay an important message and he confuses it with other instructions given to him at the house. ‘Anarkali ka phone tha, ice-cream khana bohat zaroori hai [Anarkali had called, it is very important to eat ice-cream]’ is what he ultimately delivers. Abbas revealed that some portion of the dialogue was improvised by the actor. “He actually forgot his line and came up with his own line. The ice-cream part was there but Anarkali was brought by him spontaneously,” Abbas recounted, laughing.