After the ceremonies, the stars of the Hindi film industry cut loose as they celebrated Sonam Kapoor and Anand Ahuja's special day.

Once the guests went home, and the ceremonies were concluded, Anand Ahuja truly discovered how the stars of the Hindi film industry enjoy their nights out. The new groom found himself facing a dance-off with stars Shah Rukh Khan and Salman Khan, while actors Ranveer Singh and Arjun Kapoor, also one of Sonam's cousins, took live to Instagram to mark their entry to the venue.

While the wedding was high profile and studded with glamour and fashion, the reception at The Leela, Mumbai was an altogether different beast. A sample of that was live on Ranveer Singh and Arjun Kapoor's Instagram accounts, as they put up a live story of their entry to the venue.

Dressed in a dapper white shirt, and jeans, Singh filmed Arjun, while his Gunday (2014) co-star returned the favour. This mutual admiration club had been hogging the stage since the wedding, where the two sang 'Ae Masakkali' for Sonam Kapoor's Delhi-6 (2006), before posing for the photographers together.

"You look like a sex god," exclaimed Arjun, praising Singh, while later adding, "We might be arrested for this." 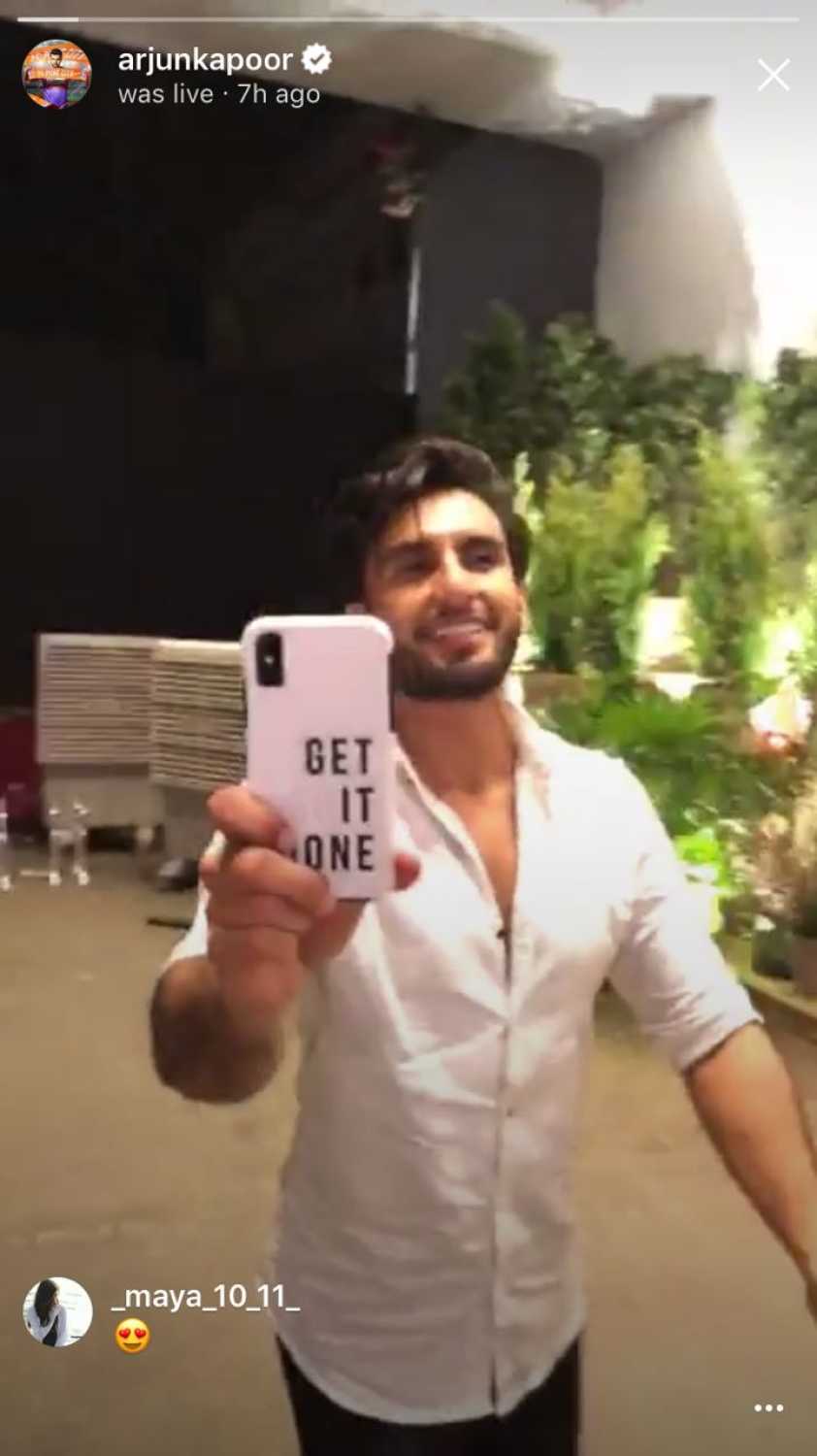 The lead on the dance floor was taken by the two biggest stars of the Hindi film industry — Shah Rukh Khan and Salman Khan. As Salman crooned to some of his biggest hits, including 'Jaanam Samjha Karo' from Jaanam Samjha Karo (1999) and 'Tan Tana Tan Tara' from Judwa (1997), Shah Rukh got down to show some moves.

While groom Ahuja had some time getting used to stuff like this, he did seem awkwardly sandwiched between father-in-law Anil Kapoor and the two Khans.

Soon, singer Mika Singh had taken stage singing some of the biggest hits of the year, including 'Laila Main Laila' and ironically, 'Mujhse Shaadi Karogi' to an embarassed bride, Sonam.

The actress, ultimately, had no choice but to turn to husband Ahuja for help as Varun Dhawan, Singh, Salman and even Anil took turns to rib her.

Later, Shah Rukh posted a touching tweet about his celebrations saying, "I kind of know, how it feels when a piece of ur heart gets married. Danced & celebrated love for daughters with my inspiration Anil Kapoor."

I kind of know, how it feels when a piece of ur heart gets married. Danced & celebrated love for daughters with my inspiration Anil Kapoor.

The joy for Anil, though, knew no bounds and he celebrated all out. The actor danced to some of his biggest hits, including jiving with Singh on 'My Name Is Lakhan' from Ram Lakhan (1989), receiving the loudest whistles of the evening.

Nothing could be exciting more than this in #sonamkishaadi #sonamkapoor

He might be graying around the edges, but Anil can certainly turn footloose as he proved in the video.

Singh was one who gave him a run for the money, as the Gully Boy (2018) actor jumped into the high octane party with all his energy. He even picked up groom Ahuja for a dizzying spin on the dance floor.

That was before he turned to the floor again to dance to the beat of his Sindhi heart, while 'Damadam Mast Kalandar' played on the loudspeakers.

With the wedding now completed, it looks like the industry can get back to work. It seems like they partied hard enough to get them through the year.