The actress spoke about the film, her experience of working with co-actor Vicky Kaushal, and about patriotism, love and hate.

A bevy of journalists were in conversation with Raazi (2018) director Meghna Gulzar, when actress Alia Bhatt popped in to make a brief appearance. Just as Gulzar's interview was about to end, a siren 'This is an emergency. Please evacuate the building immediately' is heard.

As the gathered journalists wonder if their hours-long wait to interview Bhatt was fruitless, it is revealed that the siren was just a mock drill.

"It is just a mock drill. We all won't die today," says Bhatt as she walks into the room. She looks all charged and ready to face the questions. She is full of smiles too.

Bhatt spoke about Raazi, her experience of working with director Gulzar, and about patriotism, love and hate.

How was it adapting to a character like Sehmat?

It was a big opportunity to portray something very honest because it is a true story. You feel a sense of responsibility. Even we’ve never seen the real Sehmat ever. Having said that it was a great opportunity to create the character from scratch, even though it was mentioned in the script how exactly she was going to be. Once you kind of cracked the way this girl spoke, everything else is onto you. To begin with, you have to imbibe her niceness. Then take her graph onwards from whatever happens in her life.

What does Alia Bhatt take away from Raazi?

Hmm, what we think is patriotic is quite opposite to what actually is true patriotism. Patriotism to us would be believing in your country. I love my country. That is not enough. You have to do things for your country. You have to add value, participate in actions that are not only beneficial to you. That is what I understood from Sehmat. That is when I decided to do a lot as an artiste, as an individual who has 'x' number of followers on social media. What is the point of having so many followers if I can’t use my voice for some good?

Vicky Kaushal told us earlier that Alia is very accident-prone.

(laughs). I have had so many injuries in my life. I have torn my calf muscle, ankle, I even tore a gluteal muscle (if that’s possible). I injured my shoulder during Brahmastra, I hurt my back. I think only my thumb is left to be hurt.

How was it work with an actor like Vicky Kaushal? 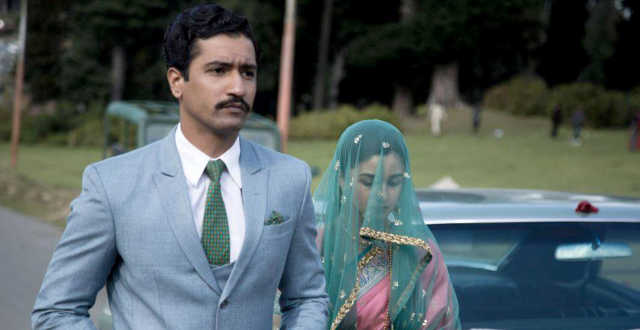 Lovely. Ever since I saw Masaan (2015), I felt he is someone I have to work with. He is very essential in the film because he is one of the silent characters. I was quite nervous about this. There is a track with Iqbal (Kaushal) that is sacred, but at the same time a very complicated track. Only two actors who are genuine can pull it off. I don’t think I would have been able to pull it off single-handedly.

A first film with Meghna Gulzar, too. What impression did she leave on you?

I like her films, especially, Talvar (2015). It left a big impact on me. She is one of the most detailed directors I have worked with. She pays great attention to detail, and that’s why the world that she creates is very real. I’m glad to have done a film like Raazi with Meghna.

As seen from the trailer, Sehmat learns shooting too. Has Alia become an ace shooter?

No. I can’t [shoot]. I was so scared of the gun when I was holding it. I was screaming on the sets, 'get out, don’t come near me'. Then someone would shoot, 'Madame, it is empty. Nothing will happen'. The only time I was scared was when I was driving the Jonga (army vehicle). I’d scream, ‘agar apni jaan pyaari hain toh niklo yahaan se [run if you care for your lives]. I wasn’t comfortable driving it, it is a big car.

The film tells the story of a Kashmiri girl. The moment we talk of the troubled state, it draws various opinions, especially by the hardliners. Zaira Wasim is an idol for youth across the country, but sadly, last year, she was subject to extreme critcism by the hardliners on social media. She was termed as anti-Kashmiri. You don’t hail from Kashmir, but when you take such a role, did you ever think about facing any backlash from the hardliners?

Trolls are temporary. Nothing on the social media is permanent. Kashmir is not depicted in any negative light in this film. It’s just that I come from Kashmir. I love the place. It is beautiful. We should push the idea that Kashmir is not an unsafe place to go to at the moment. I believe that’s been the case for quite sometime.

The film is set in the 1970s when India and Pakistan went to war. Not much has changed since. How do you view the entire India-Pakistan conflict?

It is such a sensitive topic that talking too much or too little will never do any justice or do any harm or good in any way. It is [Indo-Pak equation] just the way it has always been. Meghna was recently asked if there is Pakistan bashing in the film. All she said was that just because I love my country I don’t think I need to hate another. Hate is an emotion that we should not instill in our hearts at all. That should just be limited to the India-Pakistan cricket matches, but that, too, should be fought in the sporting spirit. Beyond that there should only be love for the people in Pakistan and all over the world. At the end of the day, you can love your country, but you don’t need to hate any country.

You had started shooting for Brahmastra then all of sudden, Kalank goes on the floors. Has Brahmastra taken a backseat?

There is talk that you could be doing a film with Ashwiny Iyer Tiwary. Can you reveal anything about that?

Yes, I’ve met her for something that is really interesting. Hopefully, things will work out. I’m really excited to work with her.

Your half-sister Pooja Bhatt is said to be keen to direct you. When can we expect that to happen?

I would love to be directed by her. When you work with family, especially, a family like mine, all of us our very individualistic, in our own way. We have our own thoughts about life, cinema. It is such an enriching experience. I’m hoping to work with Pooja and hopefully my dad can be part of it, too.

Your dad had announced the remake of Sadak (1991) with Pooja Bhatt and Sanjay Dutt. You, too, are said to be part of it. What’s happening there?

It has been discussed many times. My father [Mahesh Bhatt] calls himself an extinct volcano. I don’t know, let’s see.

There is buzz that Varun Dhawan and you could make a special appearance in Student Of The Year 2.

I don’t know. You will have to ask Karan Johar. I’m happy that Karan is launching two new girls, Ananya Pandey and Tara Sutaria. Both of them are very bright, they have amazing presence.

It is also said that during the shooting of the 'Dilbaro' song, you wore the bridal dress some 175 times. How true is that?

It is a complete exaggeration. What I meant to say was that I wore it many times. Because it is a bidaai song we kept saying 'yeh bidaai kab hoga' [When will this song end]. It became a joke on the sets. On the last day, I put mehndi. I asked the mehndi artist, and said is there bidaai today? I joked with my make-up artist assistant. I told today’s it is the bidaai and he started crying. He didn’t have the bidaai material. So, that was the highlight of the bidaai moment. It brought tears to people’s eyes.