On the 40th anniversary, we take a look at the two Tamil films which were inspired by the Amitabh Bachchan-Shashi Kapoor-Sanjeev Kumar-starrer, and how they shaped the career of one of Tamil cinema's superstars — Rajinikanth.

On the 100th birth anniversary of perhaps the greatest thinkers of political philosophy, it seems quite obscure to talk about cinema. Yet, there are few films that embody this particularly famous statement of Marx like Yash Chopra's Trishul (1978). Chopra's cult hit was released on the same day as Marx's birth anniversary. While it is remembered as a film that combined the incredible powerhouse talents of Amitabh Bachchan, Shashi Kapoor and Sanjeev Kumar, backed by the fiery words of Salim-Javed, it is a film born out of class struggle. No surprises then that the film's unofficial remakes in Tamil were led by two actors who are setting out to explore their own careers in politics — Kamal Haasan and Rajinikanth.

Trishul (1978) came bang in the middle of Yash Chopra's iconic trilogy on the 'Angry Young Man'. Preceded by Deewaar (1975) and followed by Kaala Patthar (1979), it became a film that established Bachchan as the superstar of a generation of angry, discontent, ambitious young men.

Where Deewaar marked the revolt of the proletariat, Trishul was a more Kane and Abel-esque tale of a son's revenge on his own father who wronged his mother. The magic of the film lay in the power of the dialogues by Salim-Javed which established Bachchan as the hero of the masses, one who would rise against injustice and seek to crush it.

It is no surprise then that the massy, commercial style of stories struck a chord down south. But it was not till 1978 that the craze truly solidified in the region. It began with Shankar Salim Simon (1978), an adaptation of another classic Bachchan film, Amar Akbar Anthony (1977). In place of Amitabh Bachchan's iconic Anthony Gonsalves was Rajinikanth's Simon. This was the beginning of a 11-film run over the next decade where Rajinikanth played characters immortalised by Bachchan.

Trishul was remade into Mr.Bharath (1986), directed by SP Muthuraman. The director transformed the film from hopra's power triangle, into a duopoly. Sathyaraj (now popular as Kattappa) played the scheming, egotistical rich man who wrongs Rajinikanth's mother. Shashi Kapoor's character was completely sidelined into another set piece addition in the battle of these two powers.

Like Trishul, the film rests on the powerhouse battles between the two leading men. Where it differs is in the dialogue involved. Unlike the more sober, machiavellian conversations between Sanjeev Kumar and Bachchan, Sathyaraj and Rajinikanth's arguments were more banter and one-upmanship.

Another standout song which influences the film is 'Enthan Oyirin', which is a riff off Sahir Ludhianvi's iconic verse 'Tu Mere Saath Rahega Munne'. The searing song captures the tale of a mother's suffering imparted to her vengeful son.

But to say Mr Bharath was the only Tamil film influenced by Trishul would be wrong. The Kamal Haasan-starrer, Kadal Meengal (1981). This time, Haasan played both father and son in a film that didn't exactly have the punch and panache of the Rajinikanth-starrer. 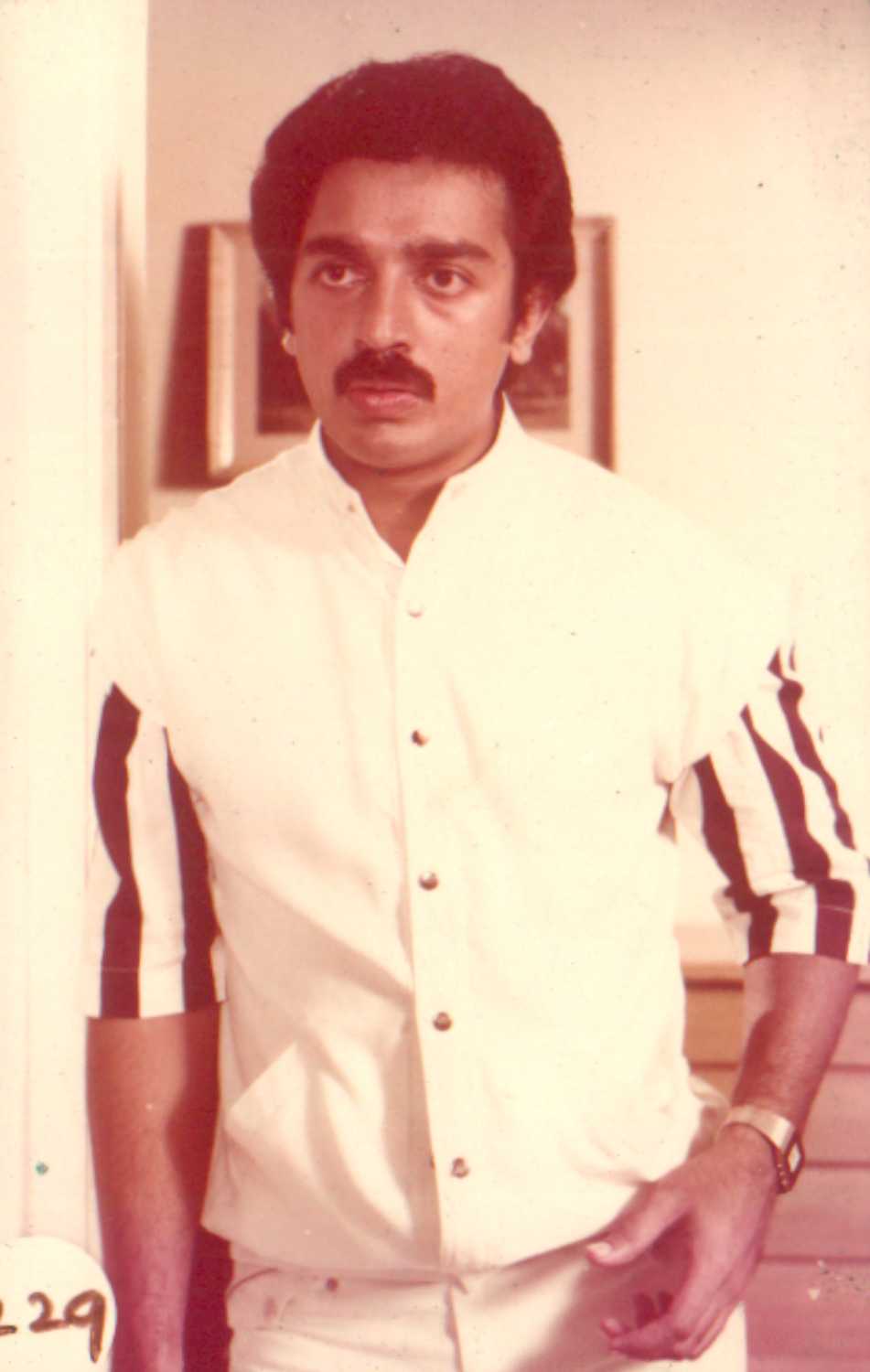 Unlike Mr Bharath, Kadal Meengal was more 'inspired' and shifts to a completely different tangent in the second half. It is here that it loses its drama. Perhaps, it needed more Salim-Javed style writing than anything else. The failure of the film also arrived during a transitional period in Haasan's career. While he was shifting towards the more aesthetic and content powered style of cinema, Rajinikanth was rising as the more massy Tamil superstar.

Perhaps this different path made Haasan the wrong choice for a film that relied on bombastic dialogue delivery.

Mr Bharath remains a stellar addition to both Rajinikanth and Sathyaraj's filmography. Incidentally, like the former, Sathyaraj too started out as a villain before evolving into a massy action hero. In 2000, the actor gave an interview where he referenced the role as an example of his courage for choosing characters. "Even 23 years back I acted as Rajinikanth’s father when he is in fact 4 years elder to me, so you should not doubt my courage as an actor [sic]," Sathyaraj said.

Yet, 40 years after Chopra's potboiler, the two stars who rose down south are heading into the political arena. There is something about Chopra's film that it inspired not one, but two Tamil remakes for the two superstars alike.