Sumeet Vyas: In Veere Di Wedding, the problem is the wedding


The actor, who will be seen next in Veere Di Wedding (2018), speaks about working with Kareena Kapoor Khan and the complications of the big, fat Delhi wedding their characters face in the film.

The affable actor and all-rounder (he acts, writes and directs) Sumeet Vyas has been swamped for the past two years with web-series like Permanent Roommates, Tripling and Official Chukyagiri and films like Ribbon (2017), High Jack (2018) and Veere Di Wedding (2018). Vyas calls himself a “full-time actor” and explains that writing gives him a nice break from acting.

In a telephonic conversation with Cinestaan.com, Vyas revealed, “In acting, you don’t always get the opportunity to express yourself fully. Writing is a good outlay where I can express myself freely, without worrying about will I get this part and all of that. I also get to do so many characters while writing a project. As an actor you are only playing one character. As a writer, you are kind of living all characters.”

But he is quite happy that his commitments as an actor have taken over, as he enjoys acting over writing. In a span of less than two months, two of his films have been released in theatres. The first, High Jack (2018), directorial debut of theatre director Akarsh Khurana, was a film from a different genre, a mad comedy.

“I hadn’t done that kind of weird part in a long time. High Jack was a lot of friends that were coming together to make a film. It was a different vibe. It felt less professional and more personal, I would say. It was lovely. Akarsh [and I] go back a long way. We have written Tripling together and he has produced a lot of plays that I have acted in, and I have directed plays for him, so we have had a long association. So there was no way I was not doing that film,” Vyas laughed and said.

Meanwhile, for Veere Di Wedding, Vyas had no idea he was auditioning for a part in the film. He wasn’t even aware that producer Rhea Kapoor had seen and liked his work. Casting director Mukesh Chhabra called him in for an audition.

“He just said it’s an interesting film. So I went, tested for it and when I came back I had no clue, and I think a couple of weeks later [Chhabra] called and said, this is the film. These are the people involved [in it], you must do it, it’s a good part,” he recalled.

“We decide to get married, but I want her to come back to India, get married with my family and do the whole big fat Delhi wedding thing. Rishabh thinks it’s going to make everyone happy. It’s a two-, three-day affair. They come back and she informs her three friends that this is happening, they are finally getting married, and in due course of this big fat Delhi wedding and all the mess that it brings with it, I think they kind of end up struggling,” he continued. 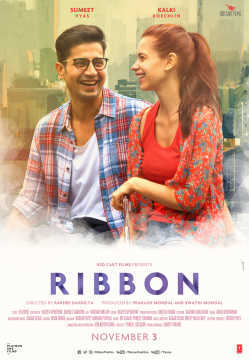 In Ribbon (2017), Vyas and Kalki Koechlin played a young couple who deal with an unplanned pregnancy and the challenges of marriage. Asked how the two films differed, Vyas said Ribbon was a more serious film which started after marriage, while the issue in his latest film was the wedding itself.

“In [Veere Di Wedding], the problem is the wedding and how it is happening. There are two ways of getting married. One, they don’t agree with the ‘big fat wedding’ culture and there is one kind of people who really like doing that, who like celebrating and going over the top,” he explained.

Rishabh and Kalindi aren’t mentally prepared for the extent to which this magnum opus will go, Vyas said. Most of his scenes in the film feature Kareena Kapoor Khan, Manoj Pahwa and Aisha Raza, who play his parents.

He added that it was inspiring working with Kapoor Khan in Veere Di Wedding. The actress was a complete professional who came prepared on set.

“She is someone who has really achieved a lot in her career and, in spite of that, to see that same zeal and commitment to her work, it’s quite inspiring. It’s not in your face, it’s not like she is on the set and making a big fuss about ‘Oh, I’m so committed, I’m very serious about my thing.’ She is very quiet and focusing on her work. There is no nonsense on the set. Which is something I was even glad to see, that successful people also do that,” he laughed and admitted.

The actor is currently writing for the second season of the popular The Viral Fever series, Tripling, which is should go on the floors later this year. He has another web-series lined up for Voot and said he has been reading scripts and saying no to some.

Eventually, he would like to direct someday. He had co-directed the short film Haircut with Anand Tiwari in 2014.

“I hope I get that time and that script. I wouldn’t want to direct someone else’s script. That is the only thing that is stopping me. I would want to write my own script and direct. It’s a time-consuming process,” he said.