When we do something wrong, the question is who is responsible for repairing it: Praveen Morchhale


The director spoke to us after the screening of his National Award-winning film Walking With The Wind on the final day of the 13th Habitat Film Festival in New Delhi.

Director Praveen Morchhale is a critically acclaimed filmmaker and theatre practitioner. His debut film Barefoot to Goa was widely well received and holds the laurel of being the first film in Indian cinema to be released through crowd funding. His second feature film Walking With The Wind is based in Ladakh and follows the journey of a young boy who tries to fix his friend’s chair which he had accidentally broken. The film has received great critical praise and has won the National Film Award for Best Film (Ladakhi), National Award for Best Sound Design, Best Film at Tertio Millennio Film Festival 2017, and has been screened at several national and international film festivals.

Here are some excerpts from an engaging discussion held after the screening of the film.

What was the inspiration behind the subject of your film Walking With The Wind?

Many a times we observe life and realize the many impressionable moments in it. So, for me it was about observing these people [of Ladakh] represented in the film. We should tell a story where the protagonist is doing the right thing. Everybody has a good or a bad part in life and there is some kind-heartedness in all of us. We are not perfect beings. So, when we do something wrong, the question is that who is responsible for repairing that wrong. The chair is the central metaphor in the film about the idea that we have to take the initiative to repair what breaks by our own intended or unintended wrongdoing.

Could you talk about the location in the film?

My stories are very simple. When I thought about making this film, I went off to Leh. I travelled to about 32 villages for my research and in search for the perfect location that would suit my idea. It was quite important because location itself is a very central character in the film. It was not about showing the beauty of the mountains but the hardships of life in it. That these people live their life so happily and satisfactorily despite the sheer struggle of daily mountain life. Then, I found this village Yangthal, Sham valley, which was the only place where the houses were in clusters. There was no division of land per se. It was a close society with closely knit interdependent relationships. It was perfect for the backdrop of my film.

How did you get the actors for the film? Were they locals whom you auditioned? How difficult was it to get a particular form of acting out of them?

Yes, they were non-professional actors. In fact, they are all residents of the village who are playing in the film what they do in their daily life as well. So, very little acting or training or was involved. It was quite organic. I found the girl who plays the sister while walking on the road. I couldn’t find the boy who plays the lead. So, I asked her and she said she has a brother. I met him and asked him to pick up a 10-kilogram stone. The look in his face convinced me that he was the right choice. We lucked out because we didn’t have to give dialogues to him. We only explained the scenario and let him act it out. He was quite skilled at enabling the scenario with the right dialogue and style.

Was language a problem in communicating with the actors?

I believe that you don’t quite need language to communicate. They knew Hindi and some English too. As I said, we just described the scenario and let them act, without giving them lines. The only aim for them was to keep the soul of the scenario in place.

What was the role of the Japanese girl in the film? How did you find her?

The Japanese girl was introduced in the film as a character who is a third-party observant. She is an artificial third character who provides critical comments on the narrative from a non-resident urban point of view. We were quite lucky again because she was the only Japanese in Ladakh. She was married to a Tibetan and lived there.

There are many moments of an unknown painter drawing the scenery including the boy running about his life. What were you trying to imply? 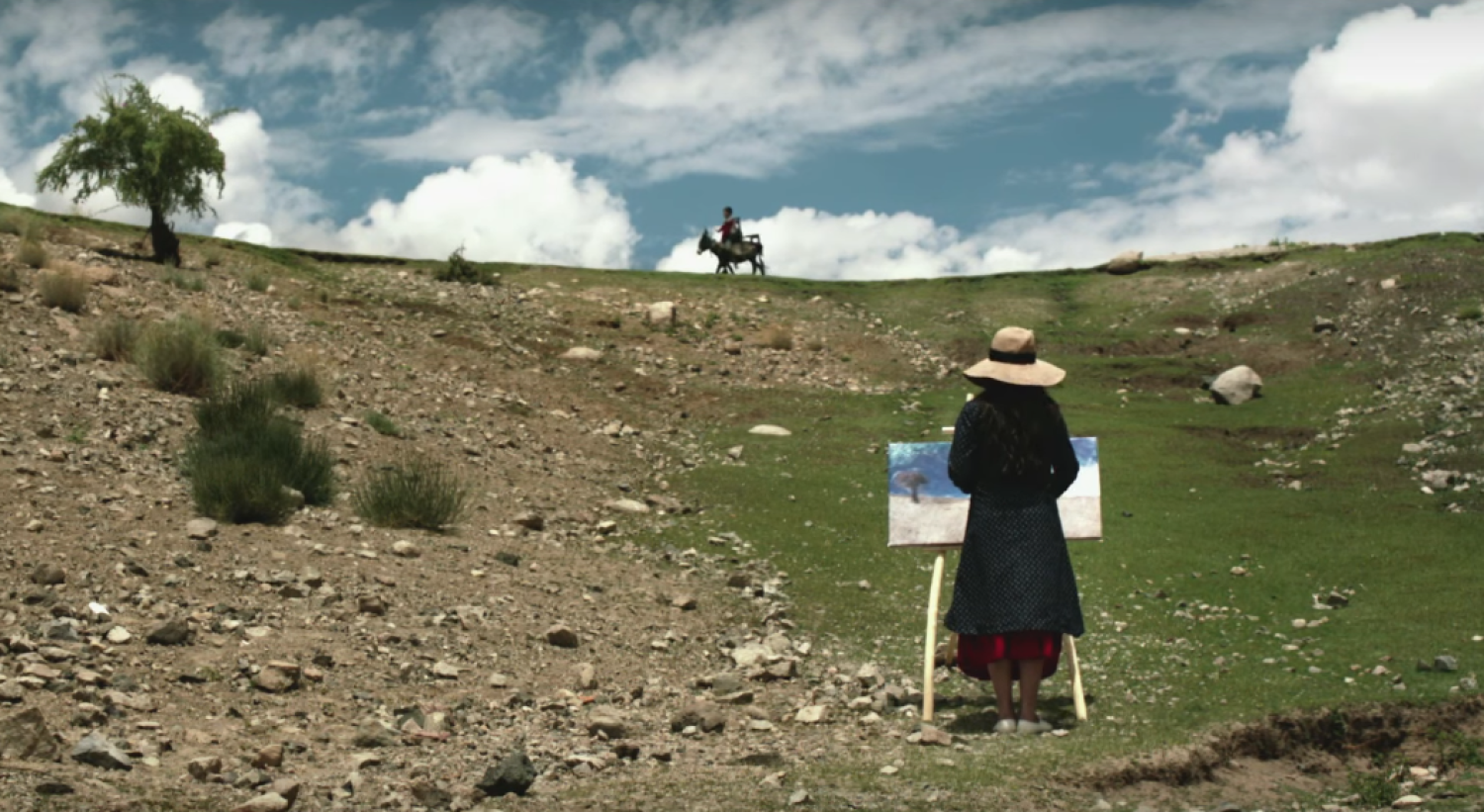 The painter appears about four times in the film. I don’t believe in some specific kind of god or any religious analogy. But, she represents someone who is constantly watching and recording what you are doing. One character observing the whole narrative in a slightly omnipresent way. It could be like an omniscient being watching over all our actions and taking logs.

I am no philosopher but a French philosopher has written a very complicated deep analysis of this moment in the film. He called her as an artist who occupies the in between of spaces. My stories are very simple and I don’t have great philosophical ideas about them. However, people and philosophers have written extensively on it [laughs].

You have dedicated the film to legendary director Abbas Kiarostami. What influences has he had on this film or your direction?

I love and respect Ababs Kiarostami for the way he makes cinema. He does simple humanist low-budget stories. His treatment of the subject despite all constraints has been my inspiration. When we were shooting the film, he died four days after. Our DOP Mohammad Reza Jahanpanah was an Iranian cinematographer who has worked with the stalwarts of the global film industry. With him, we could work out a film that is a tribute to the veteran filmmaker.

What is your relationship with the audience while directing a film?

I try not to direct your view. A manipulation of visuals does not interest me. I prefer immersive takes of scenes. I like to give the audience the time and space to immerse themselves in the visuals and the narrative and think for themselves. I believe that the audience is smarter than the filmmaker.