In a candid chat with us, the actress spoke of her motivations, experience of working in recent films and names the directors she wishes to work with.

Following a break for a brief span, Sarkar is back with a handful of projects. She was recently won the Best Actress award at the Dadasaheb Phalke Film Festival for her challenging performance in Arnab Middya’s Andarkahini in which she plays four different characters.

She is also playing one of the protagonists in Birsa Dasgupta’s upcoming feature Crisscross and will soon be seen in Raja Chanda’s Sultan: The Saviour, opposite Jeetendra Madnani.

In a candid chat with us, the actress spoke of her motivations, experience of working in recent films and her dreams. Excerpts.

You were recently honoured at the Dadasaheb Phalke Film Festival for your performance in Arnab Middya’s Andarkahini. How does it feel to get such recognitions?

I feel honoured and I am excited too. The film itself is a very important project. Not everyone gets to play four different characters in a single film. Therefore, it means a lot to get the prestigious recognition for the hard work I invested and to be picked from other important nominations adds to my happiness as well. I would like to look at the award as an important source of motivation and inspiration which can lead me to better works.

How did you prepare for the four characters?

It required a lot of homework to play the roles. One of the characters belongs to a more than lower middle class stratum of society. She attends to a tea shop with her brother. Along with following the script and Arnab’s guidelines, I also had to study the body language and speaking style of women like the character and incorporate those observations in my act.

Another character is of a lady who stays on the outskirts of a village. I had to imbibe the dialect she speaks as well. However, the basic thread that links the four characters is the emotional element in the stories and I think that is an area all the actors like to explore a lot.

Three of your recent films are women centric — Nehal Dutta’s E Tumi Kemon Tumi, Andarkahini and Birsa Dasgupta’s Crisscross. Are you consciously picking up these roles to make a statement?

I am really happy that these kinds of films are being made in our industry. E Tumi Kemon Tumi has received good response so far and it proves that the audience is willing to accept stories on these issues. Andarkahini is a very important film and, yes, Crisscross has five women protagonists as well.

See, after all I have the appetite of an actor. When I pick a script from five others, I take the script, the character, the production house and the director all into consideration. I am happy that the directors, who are working on women centric films, trust that I can carry these films with my performance. It is definitely a matter of honour for me as well.

On the other hand, I am also doing Sultan, which is a mainstream film from which Jeet da’s [Jeentendra Madnani] audience have a lot of expectation.

How was the experience of working in E Tumi Kemon Tumi? 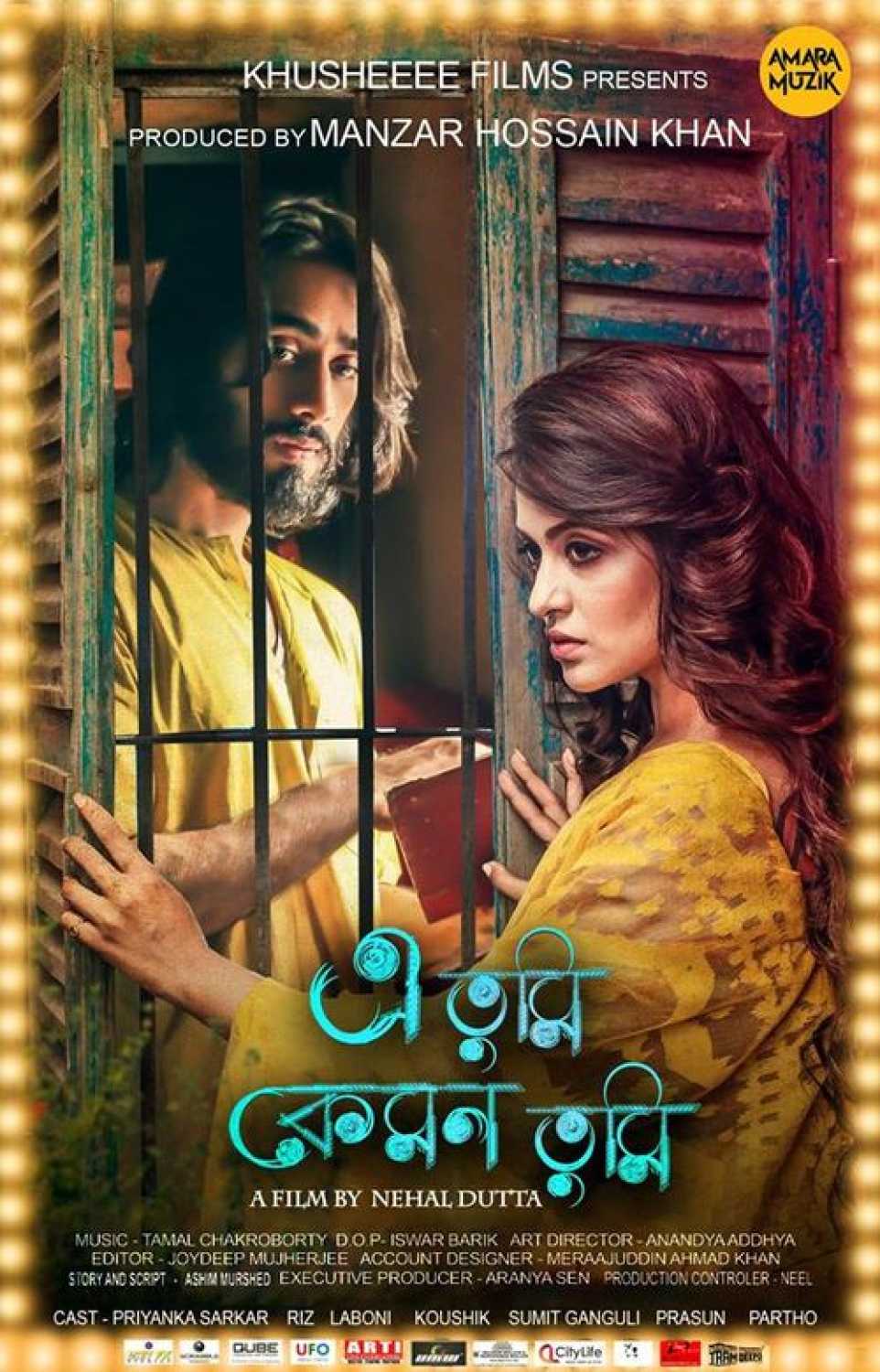 It was indeed a very nice experience. The film depended a lot on its execution. It has a lyrical journey throughout. The husband of the protagonist writes poems. Also, poems, writing diary or letters play important role in the film.

I worked with Nehal da in a music video when I was quite young. I feel his extensive experience in making music videos have had a lot of influence in the film as well. So when he was directing me to go with the pace or telling me where exactly to pause and deliver expressions, I felt that the entire plot was being woven in a particular tempo or a rhythm much like a poem.

Nehal da is very particular too; he arranges shots beforehand and likes to keep things sorted. Our talented DoP [director of photography] Ishwar too helped me in my performance. And of course, it was quite a challenge to essay the role of Antara in the film.

You had taken a short break from films for personal reasons. How does it feel to resume work with a new energy?

I think the break has helped me a lot. I have worked hard to great to get into shape and now I am being able to mould myself in various shades of character. I think, after many years, finally a good time has arrived in my career.

Does your son Sahaj watch your films?

He is too young and is not yet allowed to watch television to that extent. I do not take him to the theatres since he is only four years old. But when he watches a trailer or a song on television or comes across my photo on the newspaper, he gets really excited and shows it to his friends. It is a blessing to have him around and he definitely leads me towards a conscious decision in selecting my roles in films. I always keep in mind that when he grows up, in 10 years or so, he should feel proud of the works that I have done.

How do you balance your career and personal life as an actress and a single mother?

See, I dedicate my entire time apart from my work schedule to Sahaj. I am not really a party person. My friends generally hop into my house if they want to hangout and Sahaj gets along with them really well. I couldn’t have managed without the support from my family, my sister and my amazing friends who have made things really easy for me. Sahaj co-operates with me a great deal. He doesn’t have unnecessary demands or doesn’t throw tantrums. When I go out in the morning, he wishes me a good day and I feel quite charged up.

Why did you drop out of Aniket Chattopadhyay’s Hoichoi Unlimited?

Actually, I was shooting for another film during the official script reading of Hoichoi Unlimted. Also, they had some problems in handing over the script. Though I liked the story, I could not give my word without going through the script because it doesn’t really make sense to back out after the shoot begins.

Any dream project or any director you wish to work with?

I have not yet got the opportunity to work with Reena di [actress and filmmaker Aparna Sen]. I also wish to work with Srijit da [filmmaker Srijit Mukherji]. I only appeared for a small role in his film Hemlock Society (2012) but it was a turning point in my career. Today, whatever recognitions I get for my abilities as an actress is because of that role. So, I wish to do a full-fledged film with him, so that I can get more guidance from him and get an opportunity to prove myself.  He is truly an actor’s director.

I am also working with Arindam Sil in his upcoming film Byomkesh Gowtro and also look forward to working with Shiboprosad Mukherjee and Nandita Roy. Actually, there are so many good directors now in the industry. As a professional, I would love to work with all of them and hope for roles that challenge me.