My belief, hope, faith in humanity is something I cling on to: Srijit Mukherji at Habitat Film Festival


Speaking to us after the screening of his upcoming film Uma at the 13th Habitat Film Festival, the filmmaker spoke about the message of hope in his film and the need for positivity in our lives.

Writer-filmmaker Srijit Mukherji’s latest Bengali film Uma reimagines the Gods of the Hindu pantheon through the story of a young girl who is diagnosed with a terminal disease. Living in Switzerland, she has grown up on stories of the famed Durga puja celebrations in Kolkata and yearns to experience the excitement and intensity of the celebrations herself. But time is running out for her and her father sets his mind on creating the experience that his daughter so ardently desires.

The inspiration for the film is the true story of Evan Leversage, a terminally ill boy from St George in Ontario, Canada.  The people of St George came together to celebrate an early Christmas for Evan as doctors feared he would not survive till December. The remarkable kindness of the people resonated with the filmmaker, who adapted the incident for his film.

While the real-life story was the inspiration, Mukherji drew from the stories of Goddess Durga and the Hindu Gods, narrated to him by his grandparents, in order to build a layered narrative.

Speaking to us after the screening of the film at the 13th Habitat Film Festival, the filmmaker spoke about the message of hope in his film and the need for positivity in our lives. Excerpts. 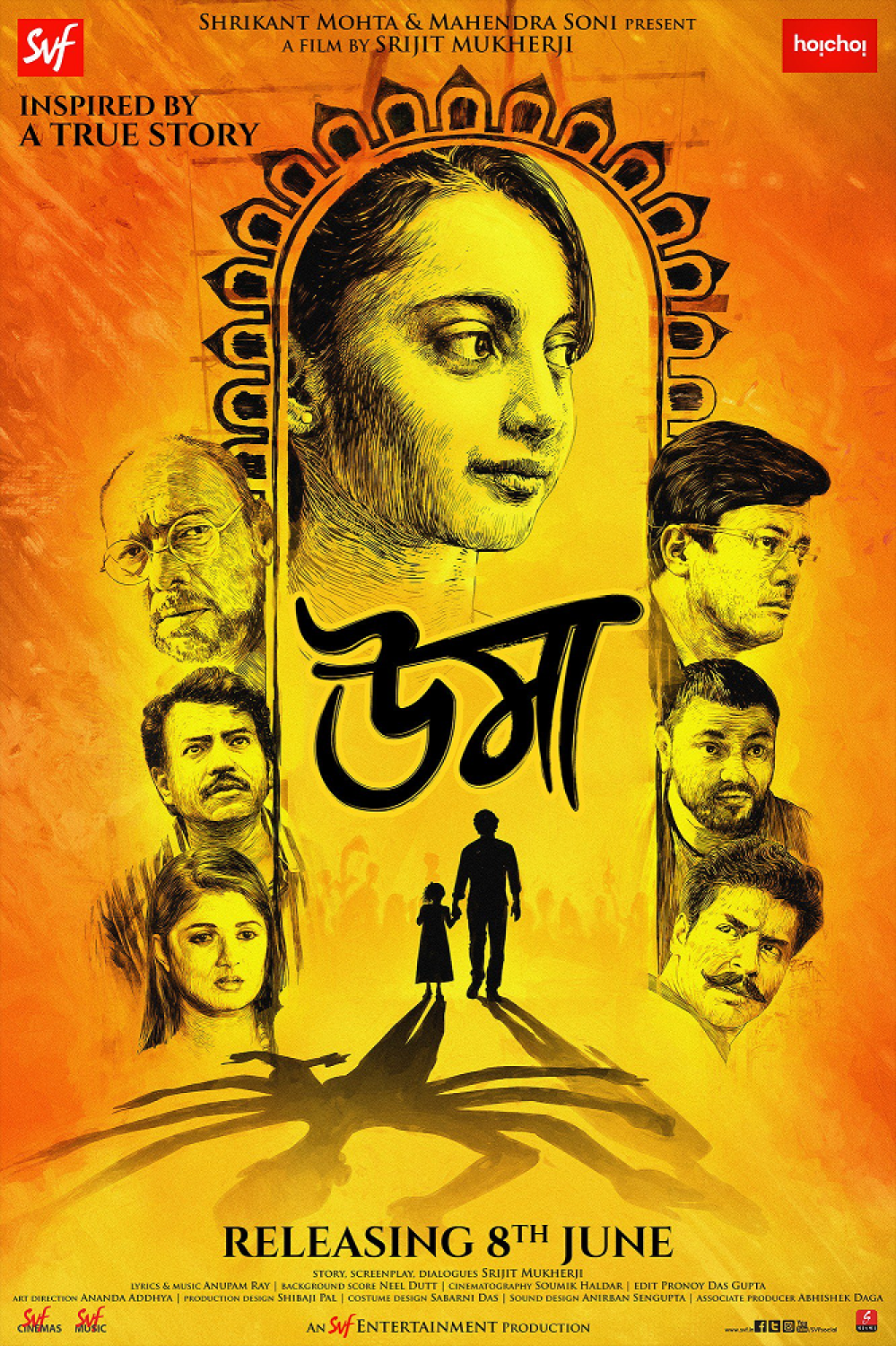 As you said in the discussion, your film is about hope and I kept thinking about the slogan on Uma’s T-shirt which reads ‘Just Be Kind’, so is that the central message, while the film focuses on Uma’s struggle.

It’s a larger struggle - the struggle of ordinary human beings to transcend their mortality and the amount of selfishness, self-obsessed, self-centeredness, that comes from mortality. To transcend that and somewhere become a God because I genuinely feel that when the people of St George did what they did, somewhere they touched divinity. Somewhere they became Gods…Gods in flesh and blood but Gods nevertheless.

So, this is also a struggle for ordinary normal mortals techhies, beggars, filmmakers, normal people on the streets of Kolkata…as they are coming together for a cause and relinquishing their own interests to do something for someone they don’t even know. That is the act of God which one reaches through a lot of struggle. That struggle is mostly internal.

The struggle is to make one believe that you are here not only for yourself. There are other purposes in your life, in your place in the universe, to get to that realization is a struggle. The larger story is of that struggle which Uma deals with.

We are living in dismal times and there is a message of hope in your film. What is it that gives you hope in this current scenario?

I realise that people will have divergent politics, religious beliefs, motives, interests but my hope comes when we can forget all that and do something for someone who is a stranger, so doing that will not serve us in any way. So that gives me hope because that tells me that humanity still exists. My belief, my hope, my faith in humanity is something I cling on to.

In one of the Q and A sessions at another festival, the convener asked that the film is inspiring but does this really happen in real life? Do people have a change of heart? Do people change as human beings? My answer to that was that in most cases they don’t, but I think it is imperative that we highlight the cases where they do, even if it is a huge minority, because that is the only way that I can look forward to the next day.

I think it’s also very important to put out positive thoughts because we are surrounded by so much negativity.

So I fight that negativity with these positive thoughts and that fight, while I am fighting, it’s getting captured in the story and people are seeing it and while I do not want to be didactic or preachy, I’m very happy if that positivity rubs off on people after watching this film. If this film acts as a conduit, no one will be happier than me.

The film is also a comment on cinema, the power of cinema, the industry and there’s the part where the director refuses the digital medium in favour of the analog, so I was curious about whether or not that’s a sentiment that you share?

I absolutely don’t but I’ve seen people who’ve fought this battle of the digital vs the analog. There are purists who still swear by that and even Christopher Nolan, whom we saw back in India with a missionary zeal of getting back film, which Kodak is also supporting. It’s not a personal agenda but I’ve seen people with that agenda, so I thought I’d plant that in one of the characters.

You’ve been a very prolific filmmaker - Uma will be released soon and you mentioned that your next film will be out in a few months and that you shot Uma in 23 days, so is the digital medium very important for that kind of output of films?

Absolutely, it’s very important to that. It’s very important to the economics of it. See, for an industry like the Bangla film industry where the finances are very limited and more importantly, the capacity, the market size, the number of halls are pretty stunted, you don’t have much resources to play with. Which is why these small boons of technology are something that we welcome with open arms.

I believe we can look forward to a web-series directed by you in the near future.

I have already started work on two Hindi web-series. One is for Junglee Pictures. I’m adapting a novel called The Mahabharata Murders, which was about a serial killer in Kolkata who considers himself to be the reincarnation of Duryodhana and he is murdering people based on the descriptions in the Mahabharata. So that’s one. I love darkness, I love blood and gore and I love Kolkata.

Of course, that goes without saying. And the second web-series is on twelve short stories of Satyajit Ray, which I am adapting from a pan Indian context across 12 cities.

So I am taking each story, taking the essence and kind of retelling it in a different perspective, in a different context, in a different city. These are the two Hindi web-series that I am doing and there are a couple of Hindi film announcements that are around the corner so that work will also start.

Two Hindi films, two Hindi web-series, I am shooting one film in August which will be released in December and I have a [Durga] puja release ready.

What has your experience been of shooting a web-series? Filmmakers in the West are doing very interesting things with the form which is relatively new here.

I think it is the future and I say that because it gives you the freedom to tell your story exactly the way you want to without having to worry about the censors, without having to worry about what amount of violence is not violent or what amount of graphic content is not graphic and yet graphic enough to be loyal to the story, so I don’t have to answer all these questions.

As a storyteller, I can exactly tell the story the way I want to. That and obviously, there are certain stories that are by nature episodic, so it lends itself much better to a web-series than a film, where you have to do away with a lot of sub-plots and back stories in order to compress it in two and a half hours which is being unfair to the narrative.