The director spoke to us about the inspiration for the Malvani-Marathi film and some of the challenges faced by regional filmmakers.

Sagar Vanjari’s directorial debut Redu (2018) was released in theatres last week. Set in the 1970s, the story of a surly labourer Tatu (Shashank Shende), whose life is transformed by a simple machine, Redu explores this unique relationship amidst the lush backdrop of the Konkan belt in Maharashtra. With nuanced performances and stunning visuals, the film received wide acclaim at the 13th Habitat Film Festival in New Delhi, where it was screened as part of the festival of Indian cinema.

In an exclusive conversation with us on the sidelines of the 13th Habitat Film Festival, the filmmaker spoke about the reasons for making the film and the difficulties faced by regional films.

What was the inspiration behind making this film on a rather novel idea about the relationship between a labourer and his radio?

Actually, the story is by Sanjay Navgire. My producer brought this script to me and wanted to make a film on it. I liked the script but somewhere I wasn’t quite comfortable with the original language and converted it to Malvani, which is not my native language, since I’m from Pune. But I wanted to make the film in Malvani since there hasn’t been any film in the language till now.

There is a lot of greenery and natural beauty in the Konkan region and it hasn’t been developed too much, so it’s easier to make a period film there. But at some level, it wasn’t easy to shoot as there is also some development, for example, roads are constructed. As I was making a period film, I had to do a lot of research.

As this is the first Malvani feature length film, I had trouble finding actors who could speak Malvani, understand the culture etc. There are 55 character roles in the movie and they all had to be prepared for the camera by conducting workshops for three months. At the level of emotion, it is a one-sided love, since it’s the love for radio, so it’s a completely performance-oriented film. My main character Tatu, Shashank Shende really worked hard for the role. He absorbed the language and then we started shooting.

You said that you developed a pre-existing script but what were the elements that resonated with you in the script?

One of the questions I am often asked is why I did not make the film on television and chose the radio instead. One can listen to the radio and go about doing one’s work. But one has to sit and watch television, you cannot be doing other things. Also, language was preserved through the radio.

These days, we do not communicate with each other and just use functional language. But radio created a community as people would come together to listen to the radio. This was especially true of cricket matches where people would imagine someone hitting a six with the same excitement and enthusiasm. So that is the power of the radio. This became merged with the coming of television. The emotional attachment with the radio remains. It’s like a part of the family. There used to be one radio in the home and the family used to come around it and be together. 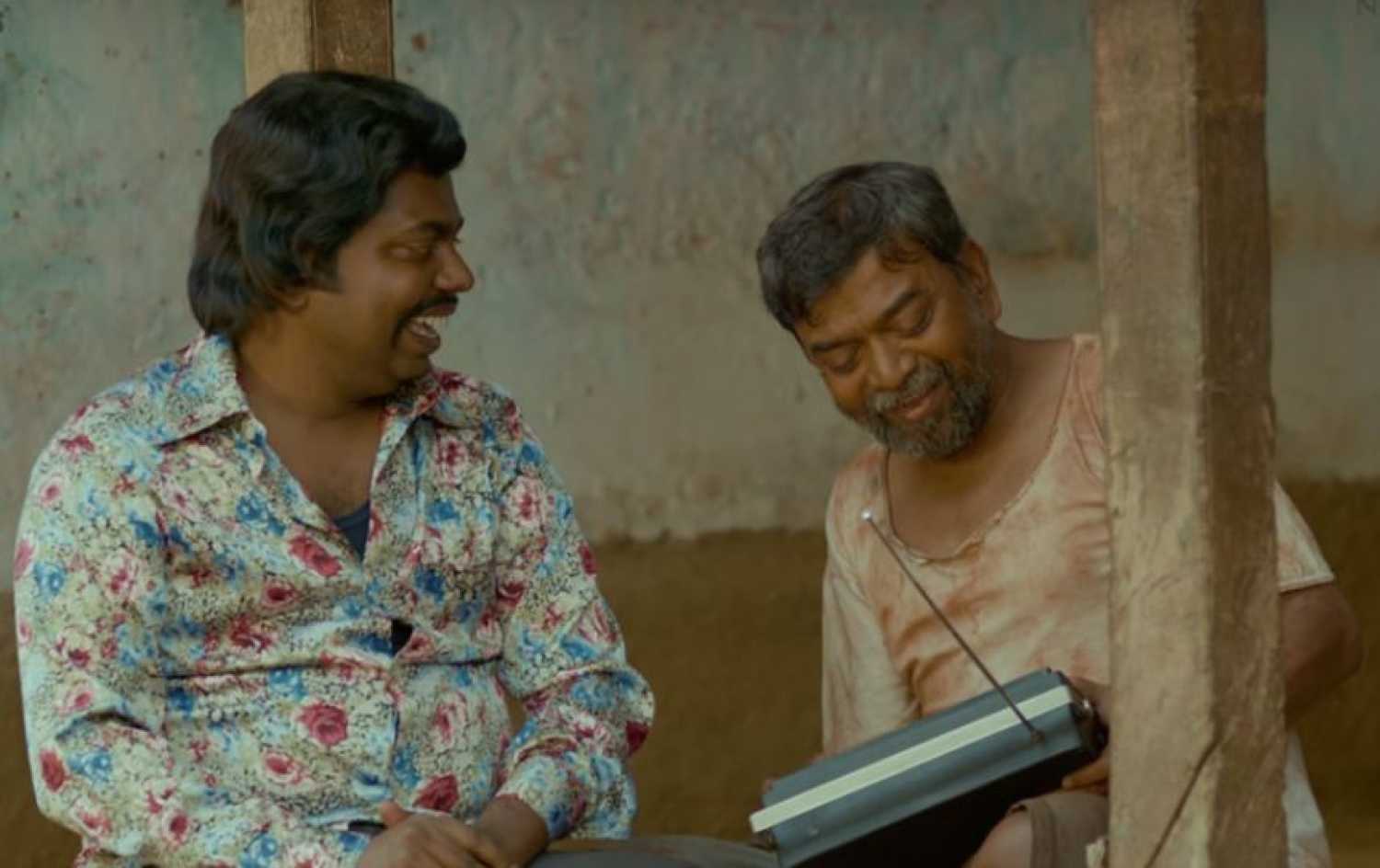 You have made a film in Malvani-Marathi and we’ve seen very interesting films in Marathi in recent years in terms of the subjects that they choose to explore, so as a first-time filmmaker, did you feel that regional cinema has more scope for you than mainstream cinema?

Films like Shyamchi Aai (1953), Sinhasan (1979) were earlier Marathi films that did very well. Then the use of double meaning words and certain themes diluted this cinema and there was a kind of a lean period. Then the film Shwaas (2004) changed this scenario and portrayed a different kind of cinema. After this, different subjects started being explored in Marathi cinema. Nowadays, because of digital technology things have become easier and the stories of smaller towns and communities are being seen on screen. Several subjects are coming forth.

This is largely good, but sometime this is bad as well as the quantity has increased and as a result, there has become a lot of competition for theatres. This Friday, four Marathi films were released. Our direct competition is with Hindi films because Marathi people watch Hindi films and English films as well, and after that comes the turn of Marathi films. If even within that we are fighting for space, it becomes difficult and the commercial working becomes compromised. Only 5% of Marathi films do good business, where the producer recovers the money.

Because of the digital medium, anyone can make a film, so the quantity has increased, and people are only watching films selectively in theatres. But because things have become cheaper, content will not improve. People also have a mindset that a festival film will be seen on the mobile but a Salman khan film will be watched in the theatre. Filmmakers like me cannot make such commercial films, as our films are different.

Your film was released this Friday and you are here with us in Delhi at the festival. What are the kind of reactions that you are getting for your film?

Watching your film in a festival has its own charm. It is a different environment. The festival audience has some ethics while watching a film because they have made the effort to come for this purpose only. And that’s a very positive environment. My film has been selected in various places and I have been getting positive responses. In Cairo, the audience said that after a point they stopped reading the subtitles and were just watching the film. Film is a medium of the visual and my film has very few dialogues and so they got involved in the film. It’s also a universal story and the audience there could relate to it.

I want to work on different genres. One film of mine, Video Parlour is ready and I am planning its release. The film was made before Redu. Besides that, I am working on another script as well.