As the film completes 15 years today (it was released on 23 May 2003), let's face some facts and do away with a few misconceptions around the film.

Directed by Raj Kanwar and produced by Suneel Darshan, Andaaz revolved around Akshay Kumar’s character Raj, a pilot who has loved Kajal (Lara Dutta) since childhood. However, Kajal loves another man, Karan (Aman Verma), and gets married to him.

Heartbroken, Raj tries to move on by getting engaged to Jiya (Priyanka Chopra). But Kajal, in a twist of fate, comes back into Raj’s life as a widow and he has to re-examine his feelings for her while staying committed to another.

Kanwar’s film, budgeted around Rs8 crore, was well-received by audiences and completed a 100-day-run at theatres.

As the film completes 15 years today (it was released on 23 May 2003), let's look at five things you may not have known about the musical romance. 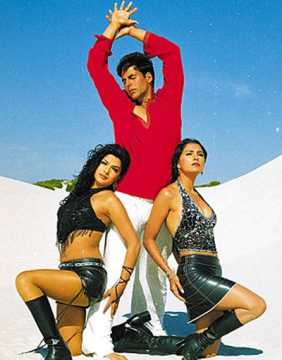 Lara Dutta and Priyanka Chopra both got their big break in Hindi cinema with Andaaz.

Later, Dutta and Chopra also went on to win the international pageants of Miss Universe and Miss World, respectively. Incidentally, they were also jointly awarded the Filmfare for Best Female Debut award for Andaaz. 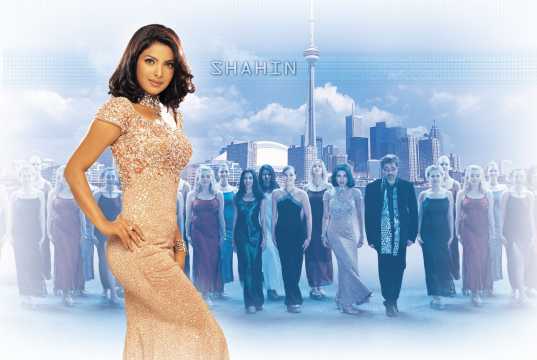 Contrary to popular belief, Andaaz was not Chopra's debut film. The Hero: Love Story Of A Spy, with co-stars Sunny Deol and Preity Zinta, released a month earlier. Like in Andaaz, Chopra's character Shahin showed up in the second half of this film.

3. The woman behind Lara Dutta’s voice

Lara Dutta's voice wasn't used in her debut. In an interview with Hindustan Times, a daily, the actress revealed that the filmmakers wanted two distinct characters for the female leads and they needed Kajal, Lara's character, to have a high-pitched voice. Therefore, prolific dubbing artiste Mona Shetty was called in to lend her voice for Miss Universe.

4. A potential casting coup with the Kapoor sisters

In a Rediff interview, producer Sunil Darshan revealed that he had initially thought to cast the Kapoor sisters, Karisma and Kareena, in the lead roles. But due to the film's tight budget, he thought of casting two new fresh faces.

Andaaz's music, composed by Nadeem-Shravan, was launched on 26 February 2003 at the Hyatt Regency in Mumbai. Actor Amitabh Bachchan and Kareena Kapoor Khan were the chief guests for the event which also launched Shree Krishna Audio, the music label for producer Suneel Darshan.