The director sat down with us to talk about adapting Rabindranath Tagore, cinema, the story of Bioscopewala and more.

A first glimpse of the Bioscopewala's trailer offered a nostalgic glimpse into simpler times. The story is an adaptation of Rabindranath Tagore's Kabuliwala, a famous tale of a friendly Afghan.

Starring Danny Denzongpa, Geetanjali Thapa and Adil Hussain, the film also marks the directorial debut of Deb Medhekar. A graduate of FTII (Film and Television Institute of India), Medhekar shares a love for the past. One that was evident in his invitation for a conversation over breakfast, rather than a telephonic interview.

"We have forgotten how to be human to each other. To sit down, eat and talk," he says. This slow segue into stories and conversation is something that takes cinematic form in the film, Bioscopewala. The trailer offers glimpses of the story of a grown-up Mini (Geetanjali Thapa) who decides to follow back the life of the Pathan bioscopewala (Danny Denzongpa) who returned to his homeland.

The film captures two of Medhekar's favourite things - literature and cinema. When we ask him about the challenge of recreating a story that has been adapted before by the likes of Bimal Roy, Medhekar said, "I knew I was walking on holy ground." 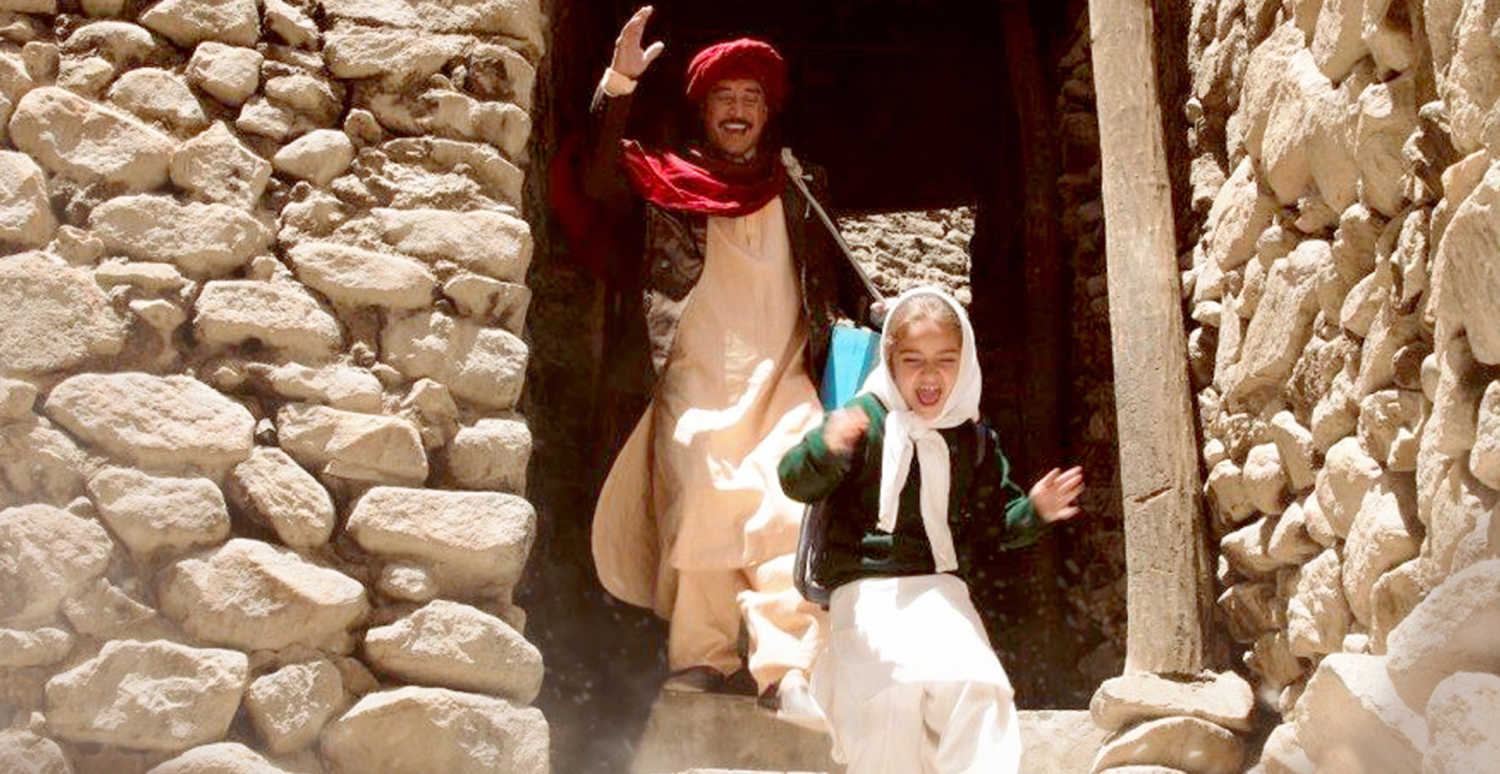 He added, "I want people to see it as an individual film, but I also want them to appreciate what I did, and did not simply visually translate to today's era, but translated in terms of today's context."

Medhekar is not new to the narrative. Having graduated from FTII, his diploma film, Swayambhu Sen Foresees His End, was selected to be screened in the Indian Panorama section at IFFI (International Film Festival of India) 2009. Soon, he turned to advertising as a way to sharpen his skills. Working alongside Ram Madhvani and Priyanka Ghose in Equinox Films, Medhekar created some iconic ads including a spot for Times Now, and Champions League T20 2014.

"I always wanted to make films about people we believe in," he stated emphatically, reminiscing about his early ideas of filmmaking. With Bioscopewala, Medhekar seems to have set out on the journey.

Why Kabuliwala, of all the stories of Tagore?

It has been Sunil Doshi's dream for many years, and he had practically started shooting with a script of his own earlier. For some reason, that fell away. When I was approached, we already had a script. But it wasn't a film I wanted to make.

While his original story had the fact that the Bioscopewala comes from Afghanistan to India, to tell the story through Mini's eyes, to treat it like a thriller where it is a piecing together of different testimonials... You know, it is like a jigsaw puzzle that she is putting together.

The trailer does have a touch of the cinema within cinema element, quite like Cinema Paradiso (1988).

All my life through FTII, even my diploma is about meta-film. Meta-film is talking about films within films. It is inevitable that parallels will be drawn with Cinema Paradiso. Cinema Paradiso is nostalgia of a purer kind, about a past that gets corrupted in the present. This is not like that. It is putting together an enigma, it tends to be much darker.

For me, a nation does not represent an individual and vice versa. The dichotomy of all that is good and bad is within one person. So, why should the oppressors represent a modern day Afghanistan, and the view of how we see them?

Did you worry that no matter how much you adapt it to the current milieu, you will have the shadow of Kabuliwala hanging over your film?

I knew I was walking on holy ground. I knew even before people see it, there will be judgements. My hope is that the validation of my extrapolation, my change, will come through the nuances I have woven into the film. I want people to see it as an individual film, but I also want them to appreciate what I did, and did not simply visually translate to today's era, but translated in terms of today's context.

There is something familiar, and something new in it.

You don't have to make him relevant. His concerns are constant. It is the context that changes. His reading of characters is constant, the milieu has changed. Kabuliwala as a text, when you pick it up, you realise this story was written in 1890.

What is primitive cannot be aged. What is modern and technologically new will be outdated in five months. The timelessness of a genius is his ability to be adapted into the future. You could make an Interstellar Kabuliwala, and it would still be relevant.

What is the one element that you would say is unchanged from Tagore's story?

It is the relationship between the two (Bioscopewala and Mini). There is an innocence, purity, a naivety. We have tried to explore it a little more in terms of language.

This is a motherless girl, who is acquiring language for the first time. Bengali, Hindi, she is struggling with it. Her own father speaks mixed Bengali. As she is acquiring language, you have a Pathan who comes in. Slowly, the two acquire a common language and speak to each other in a baby tongue. I used that as a bridge between these people.

And Gulzar's songs also helped. There is an incredible song he has written. One he has written half in Pashto, half in Bengali, and with Hindi joining everything.

You mentioned language, and it seems to me that the bioscope, the narrative technique of images also emerges as a separate language between the two...

Imagine a little five-year-old girl who cannot speak the language of this big Pathan who lands up at her house. The only way they can communicate is through visuals. So, he gives her the gift of cinema. He gives her a small piece of film, teaches her how projection works. So, she now immerses herself into cinema and grows up to be a filmmaker.

All of this happens without language as we know it. Through cinema as communication. There are a lot of layers in this film. I don't know if they would be appreciated, or decoded.

You mentioned Gulzar saab, and his love for Tagore and Bengali poetry is well-known. So what were the inputs you had from him when he was on board?

This was all about Sunil (Doshi) and his genius, and his networking that led us to use all these clips. We are using clips from Rajkumar to Charlie Chaplin to Cuckoo to Gope. Legends from the black and white era.

We had the visuals of the song clearly in mind. We knew the bioscopewala goes from house to house. This reel that he is playing is a montage of films that he cuts and pieces together, you will see why in the film. He basically plays it.

I went to him (Gulzar) and said, 'We will be playing these montages. We will have to get rights to those images. So please, give me stuff that I can use.' He just laughed and said, "'I want you to give me the videos. I will look at the videos'. The videos were about the 1920s. I avoided using cinematic references, and he said, 'I am not using these'. And he wrote a whole song!

Incidentally, Gulzar worked with Bimal Roy who made Kabuliwala. So he is the link between the old film and this new version of it. I have been lucky to meet him multiple times. I have lived in Bandra all my life and crossed his house 1,500 times. When I walked through those gates, and sit down to tell him a story. He already knows about it, and thinks it is great.

He says, 'I've already thought about it' and gives you some of the lyrics he has written. Gulzar saab also suggested Sandesh (Shandilya) to do the music, and he is a genius at it. We don't have a culture of background music in OST, but if this film's background was released, it would be one of the things he'd be most proud of. It is heartwrenching.

Music is another element of the film. It was an integral part of Kabuliwala (1961), and the story itself. So, how important a role does it play in the story?

The song itself represents a purer time when Kabuliwala sang through the streets. We have used it as a montage. There are four of five scenes where he talks to the girl alone, where I wanted it used. But otherwise, music has been used as a leitmotif for repetition to remind you of the Kabuliwala.

The contrast is between reality and nostalgia. What is nostalgia is melodic and beautiful music. Whereas what is present is orchestrated, dramatic music with strings et al.

Although it was a big thing, we wanted to use 'Aye Mere Pyaare Watan'. Unfortunately, we couldn't afford it. It is not a big miss, now that I see the film. But as a layer, if I was to be a little more indulgent as a filmmaker, I would have insisted on it. But it [the film[ doesn't fall short because of it.

You have Adil Hussain, Geetanjali Thapa, and Danny Denzongpa as the three key characters. How did you finalise upon them for the cast?

We had a great casting team, but a lot of the primary casting had been done beforehand. So, I knew Adil would play the father. Danny would play the Bioscopewala.

I didn't know who would play Mini. Geetanjali has the ability to completely submit to my experimentations on set, at the same time to be laughing and chasing butterflies with little Mini. They became great friends. If you see the trailer also, they look identical. I really troubled my casting directors to find little Miraya (who plays the young Mini). They would be on set, playing around. To a point where the little girl would call Geetanjali 'Big Mini'. She would do intense dramatic scenes, and come out with 'Fine. What should we do next.'

Danny Sir, you have mentioned, was chosen before. What was his reaction to your version of the story. And how did he respond? 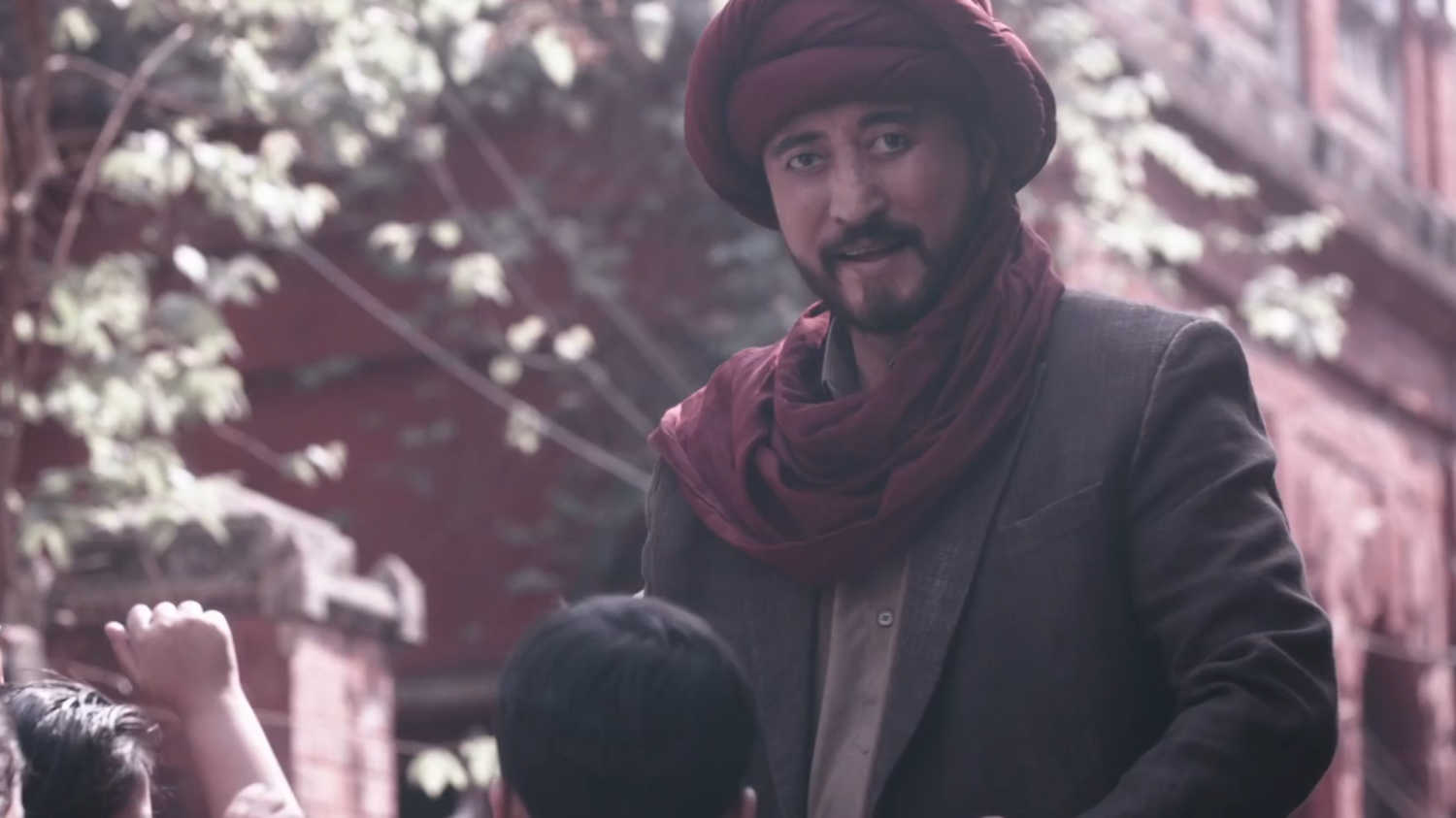 So, my references were from Steve McCurry of the National Geographic, who travelled through Afghanistan in the 1990s. I took the book, and Danny talked about his time in Khuda Gawah (1992). He told me how they went up to the Bamiyan Buddhas.

I then showed him the pictures about what has happened to them. When he saw those photographs of then and now, he told me about how they would walk from the village to the foot of those statues.

You could see his heart breaking. You have to realise this man is a recluse, every chance he gets he goes back to the hills. He did not know about the Bamiyan Buddhas. He was suddenly aware of a loss. There was a physical manifestation to a loss that a lot of people consider a political social phenomenon.

With Adil, there is a softness. There is no ego, and a complete submission to the director. Him, and Tisca (Chopra) also. She is fantastic. Luckily, we became friends through Chhuri and Chutney. She is now a producer and holds everything together. What a strong woman!

There is also Brijendra Kala. He has always done comedy. He is incredible. Imagine, you are struggling with the heat and have to finish in three3 hours, and he would start imitating Dev Anand. We were a really close-knit unit.