The Habitat Film festival pays tribute to the extraordinary Shashi Kapoor, focusing on his works in international and alternative cinema.

As the romantic hero, Shashi Kapoor's charisma was unparalleled and he charmed audiences with his handsome looks and endearing smile. But he sought more than what mainstream cinema offered and the enduring collaboration between him, producer Ismail Merchant and director James Ivory gave audiences some luminous films. From The Householder (1963) to Side Streets (1998), the films reveal the ways in which the actor straddled alternative cinema and the big Hindi blockbusters with ease.

The Habitat Film Festival explores this compelling oeuvre of the actor in a Tribute section, remembering the first truly international star of Indian cinema.

Starting out as a child artiste in the late 1940s and early 1950s, Kapoor made his debut as a leading man in Yash Chopra’s Dharmputra (1961). In the same year, Ismail Merchant and James Ivory planned to make a feature film in India called Devgar, set in a village in Gujarat. They approached Shashi Kapoor, Durga Khote and Leela Naidu to star in the film. 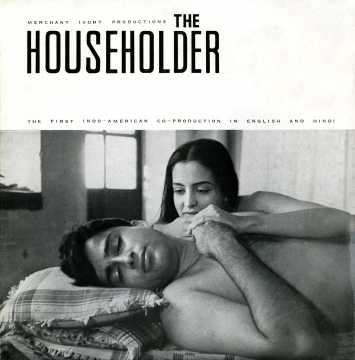 As it turned out, the producers could not raise money for the film and it was never made. However, the artistes went on to become the stars of the first Merchant-Ivory production, The Householder (1963), based on Ruth Prawer Jhabvala’s eponymous book. The film, along with Shakespeare Wallah, featured music composed by Satyajit Ray.

However, it isn’t common knowledge that Kapoor almost did not get the part. In the book Shashi Kapoor The Householder, The Star; Aseem Chhabra has revealed that Jhabvala, who wrote the screenplay of the film, felt the actor was too “grand” to play the role of the hapless schoolteacher, Prem Sagar. On hearing the objections, the actor promptly went to a barber shop in Delhi and said, “I don’t want a sophisticated haircut. I want a typical, lower-middle-class Hindi teacher haircut — [for a man] who is very young, very raw. And I want to look like that.” This new look enabled Jhabvala to see him in a new light and thus began his journey with Merchant-Ivory productions.

After the success of their debut feature, Ismail Merchant and James Ivory made Shakespeare Wallah (1965), again collaborating with Jhabvala. Based on the experiences of a travelling family theatre troupe of English actors in India, who perform Shakespeare’s plays, the film was inspired by the experiences of the Kendal family, who also appear in the film as the Buckinghams. 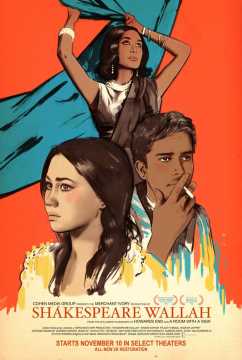 In Robert Emmet Long’s book James Ivory recounted the effect that Shakespeare Wallah had on audiences, saying, “It was a delightful idea to begin with, an interesting and intriguing idea. Nobody had seen anything like that. I mean, the Indian films that had come to this country were exclusively Ray’s films, and those were in Bengali with subtitles, and mostly dealt with present-day Bengali life in and around Calcutta…. Here we were in the mid-sixties…people just found Shakespeare Wallah very striking. It was felt that there was something poetic and out-of-this-world about it [in 1977].”

In the same year, Kapoor got his first solo superhit Jab Jab Phool Khile (1965) and shifting gears once again, he starred in Guy Green’s film Pretty Polly, based on a short story by playwright and actor Noël Coward in 1967. In the 1970s, Kapoor acted in a mind-boggling number of films. In fact, he had signed so many projects that he was seen rushing from one shoot to another, often sleeping in cars, prompting Raj Kapoor to nickname him 'Taxi'!

Though he had countless hits in the Bombay film industry, Kapoor's first love remained theatre and, together with his wife, he established Prithvi theatre in 1978.

His next film with Merchant-Ivory productions, Bombay Talkie (1970), also starred Kapoor’s wife Jennifer Kendal, as a British writer who, while doing research on the Hindi film industry, falls in love with Vikram (Kapoor), a famous actor. Chhabra revealed that Amitabh Bachchan appeared as a junior artiste in the film in the scene when Kendal’s car is stopped for a funeral procession and a crowd gathers.

Ivory recounted his experiences of shooting with Shashi Kapoor and the different characters he played in their films saying, “Prem Sagar was meant to be a kind of woebegone, poor schoolteacher with a pregnant wife, but there was nothing woebegone about Shashi. He always was … a splendidly handsome man, full of life, and full by that time of success…. In Shakespeare Wallah, Shashi was playing a kind of shallow but exuberant playboy that his English girlfriend falls in love with — a more suitable kind of part for his personality, and even more so a few years after that in Bombay Talkie, where he did indeed play a movie star. He was at the peak of everything by then [1977-78].”

Kapoor’s production house Film Vala further championed his dedication to alternative cinema as he produced some of his finest works starting with Junoon (1978), based on Ruskin Bond’s novella, A Flight of Pigeons. Directed by Shyam Benegal, with cinematography by Govind Nihalani and music composed by Vanraj Bhatia, the critically acclaimed film mediated commercial and arthouse sensibilities.

In 1981, he produced actor Aparna Sen’s acclaimed directorial debut 36 Chowringhee Lane that featured Jennifer Kendal in a much appreciated role. Utsav (1984) and Ajooba (1991) were also produced by Kapoor, with the latter being a disaster at the box office and his last film as producer.

In the twilight of his career, Kapoor featured as an ageing Urdu poet in Merchant’s directorial debut In Custody (1994), based on Anita Desai’s novel. A young college lecturer (Om Puri) wishes to interview the revered poet, but what he seeks is not what he finds. His last film Side Streets was also a Merchant-Ivory production and he retired from cinema thereafter.

There are numerous stories that reveal Kapoor’s largesse, compassion, humility and unparalleled dedication to his work. It is telling that the Prithvi Theatre complex does not have gates as the actor believed that a theatre should be an open space, willing to embrace all ideas and people. For his extraordinary vision, he will ever remain the unparalleled pioneering international star.

The Shashi Kapoor Tribute at the Habitat Film Festival opens at 7 pm today with The Householder (1963), at New Delhi's India Habitat Centre.