Working with Sanjai Mishra was one of the most soulful experiences: Anshuman Jha


In an interview with us, Jha talks about his film Angrezi Mein Kehte Hai, bonding with Mishra and surviving the tough industry.

Anshuman Jha, who made his Hindi film debut with Dibakar Banerjee's LSD: Love, Sex Aur Dhoka (2008), is all set for the audience to see a different facet to his acting alongside Sanjai Mishra in the romantic comedy Angrezi Mein Kehte Hain. Jha plays the role of Jugnu, who, alongwith Mishra's on-screen daughter helps him express his love for his wife and win her back.

Jha started off as chief assistant director on films like Black and White (2008) and Paying Guests (2009). He went on to act in Yeh Hai Bakrapur (2014), Fugly (2014) and most recently, Mona_Darling (2017). But the actor had been focussing more on his work in theatre over the years, until two years ago when he decided to take a break from stage and focus on making more movies.

In an interview with Cinestaan.com, Jha spoke about his next film, bonding with co-star Sanjai Mishra, favouritism among filmmakers and surviving the tough industry.

On playing Jugnu in Angrezi Me Kehte Hain...

[Director] Harish Vyas is a very sweet man, unlike most human beings today. He is slightly old school and there’s an innocence to him as a person. When he was narrating to me, every time in the story my character came up, he would suddenly get excited. It happened consistently through the narration. His excitement gave me the image of Govinda for some reason. Because he was like usne yellow shoes pehne hai, pink shirt pehni hai. This was from the outset a very positive character and someone who doesn’t look at probelms as problems. He is a very happy positive guy. Even if he hits a roadblock, in a funny quirky way, he tries to get out of it.

The film begins with a love story between the younger couple. And certain series of events leads the girl's family into friction. And it's then that he and Sanja' Mishra’s daughter (in the film) decide to help his character win his wife back. How we explain to him that it is important to say 'I love you' and not just say it, but show that you lvoe the woman and express. It’s a love story for all ages. If you look at it, it could be one man’s story at different stages in life. There’s me, then Pankaj Tripathi’s character and Mishra. He says that whether you are 20 or 50, you need to make the woman feel special. 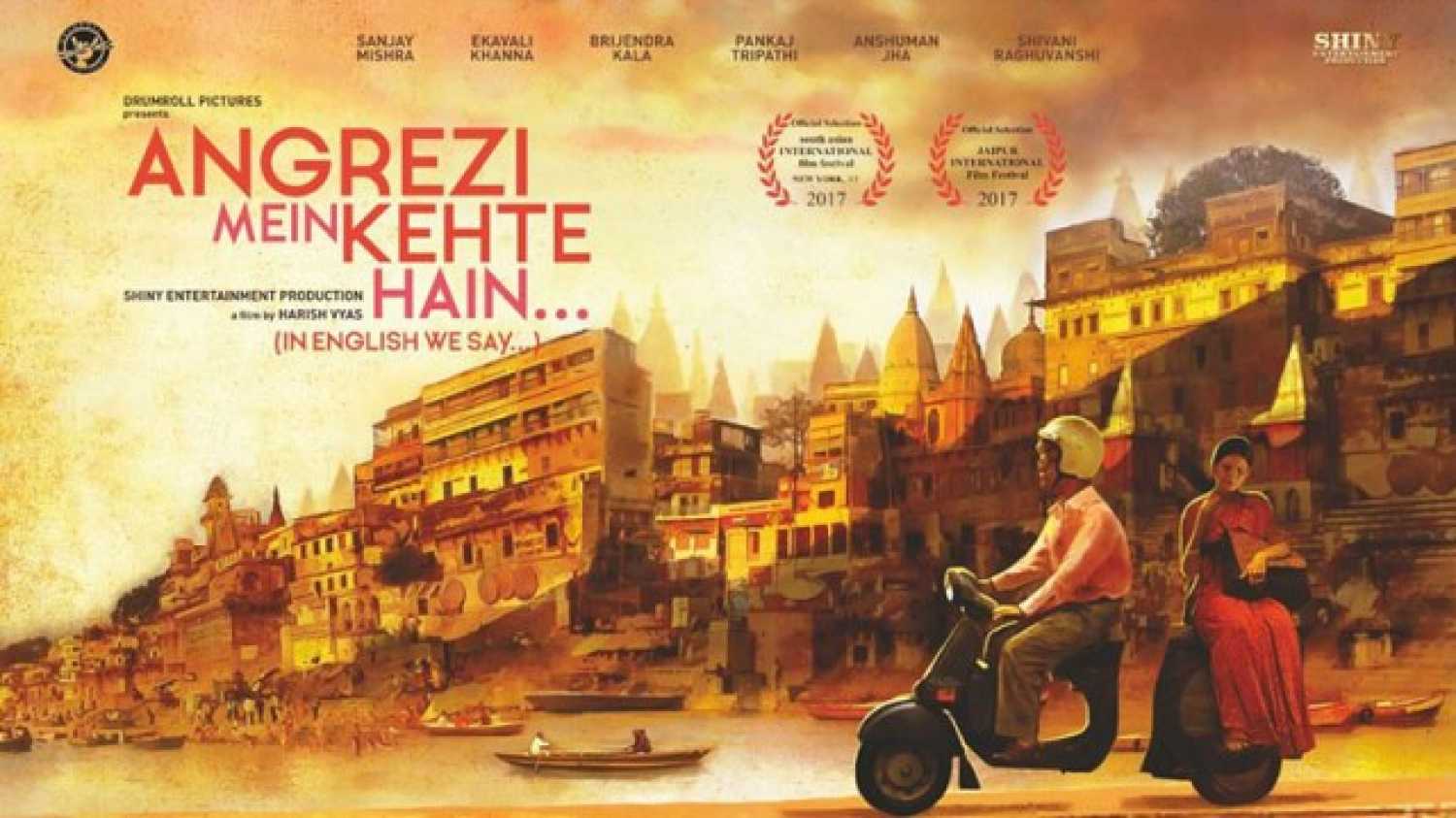 Bonding with Sanjai Mishra off the sets...

As a professional and a person you will have flagship films in your career or flagship jobs which define your career. And then you have flagship experiences. Experiences that help you become the person that you are, the relationships you form that leave that sort of impact. As much as this film is a flagship film for me, the experience of working with Sanjai ji as an actor has been very enriching. There are a lot of common things [between us]. We are both from Bihar. He was brought up in Benares. I was born in Allahbad and lived there for nine years. So there is a common cultural connection. Also, the Hindi and the kind of theatre we have read and done... He was also amused that a young actor knows the kind of literature that he reads. We connected on many levels, and after that we just have fallen in love with each other, I think.

He would knock at my door at 7am. And he made me try bhaang. I had never had it in my life. I don’t drink or smoke. But he insisted that I try bhaang. He knows Benares like the back of his hand so he took me to these bylanes and made me have different kinds of lassi and sweets. We shared a very special bond. It really influenced me. We had some lovely conversations. He’s on the other side of the river. He has experienced a lot in the last 20 years. Each one of us has a journey of our own and we are individuals special in our own way, all of us. But it's really insightful to hear from an actor who has seen the ups and downs, not just professionally, but also personally. And how he has managed to keep the craft alive. It was one of the most soulful experiences. He is perhaps the best co-actor I’ve had.

Since both of us come from [theatre] stage, there were scenes where we would just go off the tangent. I would improvise and he would improvise and then [director] Harish would come and say ‘Bahut maza aa raha hai but it is going somewhere else. It is not going with the story.’ If you see the last trailer shot where I say 'Mummyji ko gaye do din ho gaye aur aap is sab pe aa gaye’ was not in the script, but improvised. So he did something and I reacted. We used to have a lot of fun. And I absolutely love the man and I think he is the best actor in India right now. Talking purely craft, what that man is doing is he has transcended. On stage there are moments as good actors where even though you are performing you are in a stage of meditation. It happens to actors who are serious about the art and craft. In cinema it happens rarely.

I see Ranbir Kapoor in moments where he transcends. In the 'Kun Faya Kun' song from Rockstar (2011) there is a moment where he is looking up and he is gone. In Raajneeti (2010) there is a moment too. Very seldom and very few actors achieve that. Sanjayji is on that plane. He achieves that. He recently did Kadvi Hawa (2017) and there are at least seven such moments in the film. It gives you goosebumps. For me, a good actor’s definition has always been someone who can do everything. That’s why I love Varun Dhawan because as well as he can do Judwaa 2 (2017), and he has nailed it in October (2018). I loved him in Badlapur. That’s a good actor for me. Sanjai Mishra can do Dilwale (2015), and ‘Dhondu just chill’ in All The Best: Fun Begins (2009). Then he’ll give you a Masaan (2015), Ankhon Dekhi (2014) and Kadvi Hawa (2017) — films that will live forever. It is an absolute blessing to have him.

As I am growing older, there is a difference between information and knowledge. A lot of people ask me, 'do you not get frustrated?'. Harish said something yesterday when we were together. He said, ‘Like cricketers, there are some actors who are more watchable. Rahul Dravid was a solid player. Similarly, some of the many current generations actors are solid, consistent actors. But then you will not pay to watch Dravid, but to watch Sachin Tendulkar or Virendra Sehwag, just because they attract you. So he said certain actors have that quality and I needed an actor like that for Jugnu that’s why he approached me. He had seen Yeh Hai Bakrapur (2014) and LSD: Love, Sex Aur Dhokha (2010). He really loved those films. I sincerely feel that if you have the knowledge it can give you as strong base, getting through the difficult industry gets just a little easier because the frustrations are not really frustrations. 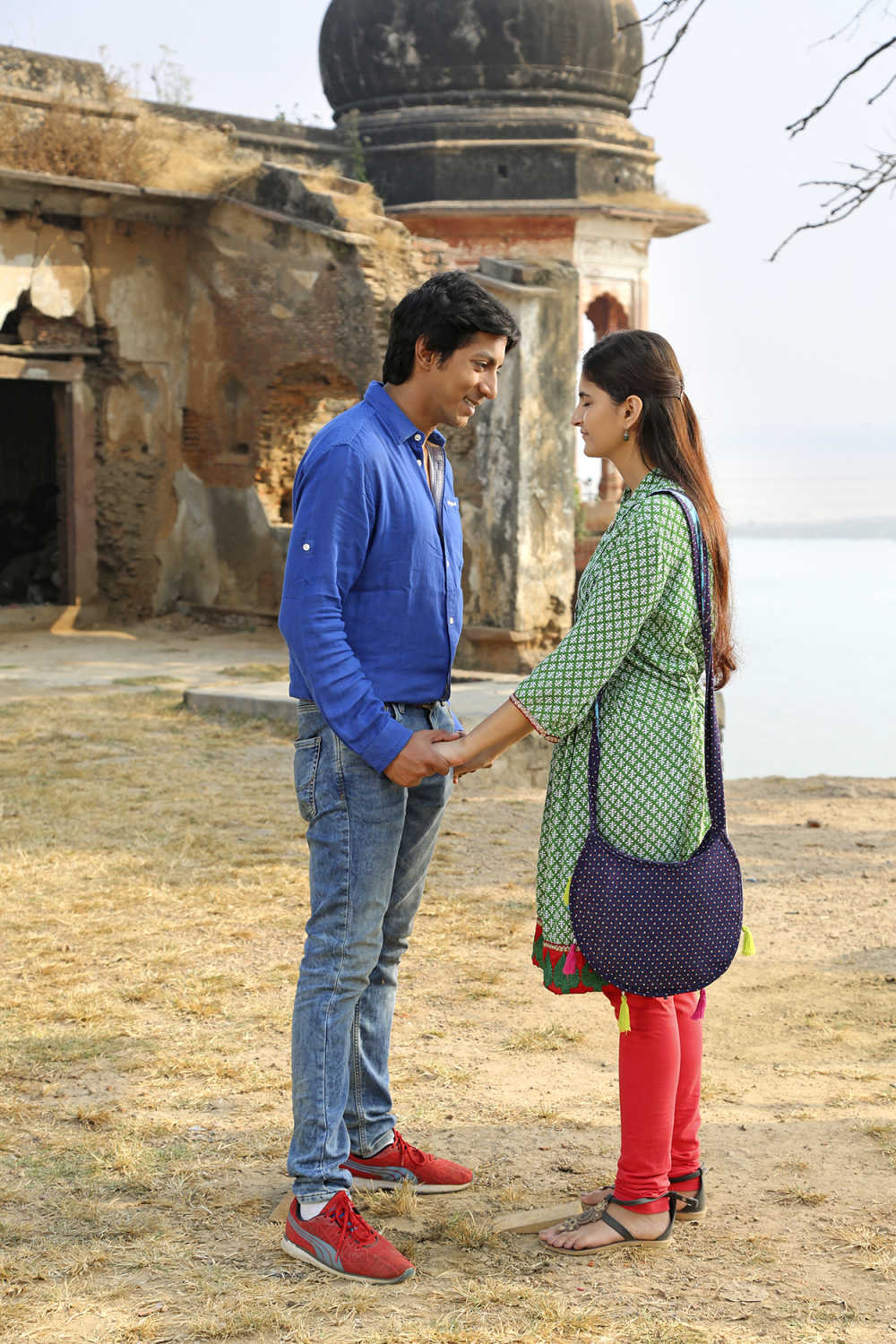 Working on his first web series...

There have been so many web shows that have come my way in this year-and-a-half. I have refused to do them because every time I would read a script, even if I like it, I would think that may be the character can be worked around like this and nobody would be interested in developing it because they didn’t have time because they had deliveries. Then I met these wonderful producers last year and I loved the script and I said I want to do this, but I think I need a month with the writer and I think we can work on the look of the character and how he should behave and they said ‘sure lets do it’.

So it's the first web show I have done. It is called Babbar Ka Tabbar and it is a flagship show for Zee5, the new app that’s coming. It has Manu Rishi, Ayesha Raza and me. I am playing a tenant in named Jamia. He is a Jamia pass-out, but he has passed college long ago. He is still known as Jamia because he is this super intelligent freak who doesn’t pay the rent, doesn’t do anything. The only reason they are not throwing him out is because he solves their problems. Their life will not run wuthout him. It’s a show set in Delhi and it will air at end of this month. So the point is, I suddenly came across this writer-producer-director team that was interested in developing something and making it happen. When you see the character, it may work or it may not. But at least we’ve put in terms of making it look and sound the way it could. That process is as important to me. Probably, it comes from my years in theatre.

I stopped doing all my plays in Mumbai in 2016. I asked my directors to double cast. I was doing The Boy Who Stopped Smiling, Dirty Talk and some others. I also stopped doing Jhumroo, the musical in Delhi. So since last March I haven’t stepped on stage. In these 20 months, since the time I stopped doing plays in Mumbai, I have shot for four films. I did Mona_Darling, Angrezi Mein Kehte Hain, Ashvin Kumar’s (Inshallah Kashmir) next (initially titled Noor) where I play an army major. When he asked me to do the film, I was like are you sure because even though I have crossed 30, I still get called for roles for 20-somethings. I miss out on a lot of roles because I don't look as old as I am. Amitabh Bachchan sir once told me that eventually it will all balance out. Then there is an independent film called Midnight Delhi. It is the darkest film I have done. It is partly inspired by real life incidents. It's a crazy dark character. It's about this boy who would move around town with a blade in his mouth and ask for a lift in the night. He would slit people's throats and rob them. I had a lot of fun doing it. There's also Ishwar, a Romeo and Juliet adaptation, which I shot for in October last year. And of course, the web series Babbar Ka Tabbar. We have already shot two seasons.