Thupparivaalan has everything you can hope for in a crime thriller, including a detective modelled after the legendary Sherlock Holmes himself.

Few directors can match Mysskin when it comes to narrating a crime story, and Thupparivaalan is easily among the three best films he has made so far.

It is a treat to watch and has everything one can hope for in an investigative crime thriller. The protagonist, an ace detective called Kaniyan Poongundran, is fashioned after Sir Arthur Conan Doyle's legendary detective Sherlock Holmes, no less.

The story begins with a child bringing the mysterious case of a dead pup to the attention of the private detective whose services are much in demand. With his friend Mano (Prasanna), Kaniyan Poongundran (Vishal Krishna) begins his investigation.

It doesn't take the ace long to realize that this is no ordinary case. His watchful eye and vast knowledge soon uncover a sinister plot of the most singular kind, even as people begin to die. The deaths, believed to have been caused by acts of nature, are, in fact, well-planned murders...

If this is not enough to hook you, here are three more compelling reasons to watch Thupparivaalan at the Habitat Film Festival.

How would the legendary detective have functioned in today's day and age when crime and criminals are so much more advanced? Mysskin offers a possible answer with a gripping plot pitting a Holmes-like character against a modern criminal mastermind.

Thupparivaalan has possibly the best stunt sequences filmed in Tamil cinema. The fight we are referring to takes place in a restaurant where Kaniyan takes on a bunch of fighters of East Asian origin. The fight was so realistic that several people suffered cuts and bruises. In fact, sources on the set said the stuntmen had warned both director Mysskin and the film's hero's Vishal that they would not be responsible for any mishaps as they would not be able to control their movements at such a fierce pace. To add to the complexity of the sequence, the fighters held real meat cleavers. Vishal, for his part, did not opt for a body double but performed his part himself. 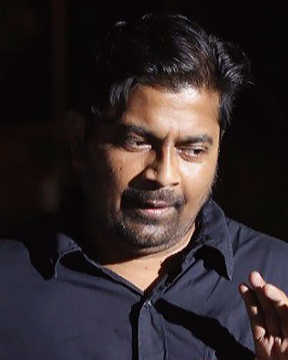 Mysskin's narration of the plot is just mind-boggling. The story moves at breakneck speed from the moment Kaniyan Poongundran begins to investigate the case till he solves it. Simply unmissable.

Thupparivaalan is scheduled to be screened at the Habitat Film Festival at New Delhi's India Habitat Centre on Friday 18 May 2018 at 4 pm.