The gritty drama, which could very well be ripped from today’s headlines, offers a satisfying conclusion to its dark tale of revenge.

Ajji’s world comes crashing down the day her granddaughter Manda is found raped and dumped in the slums where they live. While their small family of four tries to comprehend this horrendous crime, the law, by way of a crooked cop, tries to shield the guilty, Davle, the son of a local politician.

Played by the magnificent Sushma Deshpande, Ajji, Grandma in Marathi, decides to take matters into her own hands and deal with Davle, a habitual offender, once and for all. How she avenges the loss of Manda’s innocence is both gutsy and agonizing to watch.

Here is why audiences across the world are praising Devashish Makhija’s well-directed film.

One can’t turn on the news or open a newspaper without reading about yet another rape of a young woman or child. Makhija’s film revolves around the aftermath of the crime — showing the harsh realities of the police investigation, the emotional toll on the family and community, and the brazenness of the accused. This might be hard to watch for many, but it’s about time we opened our eyes to society’s many injustices. 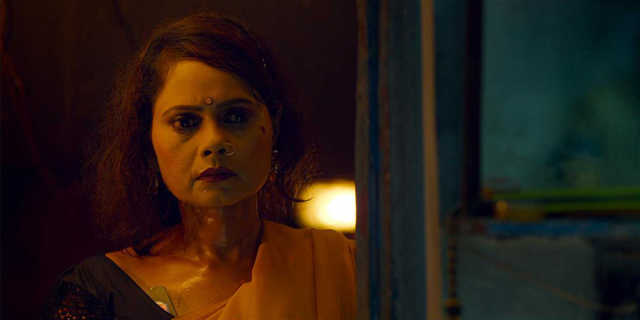 From young Manda (Sharvani Suryavanshi) to her mother Vibha (Smita Tambe) to Ajji’s friend, the prostitute Leela (Sadiya Siddiqui), Makhija and his casting team have selected the right artistes for the roles. Aided by the setting of an actual slum, their desperation and eventual resignation at their situation are palpable. Many would be surprised to know that the film’s villain, Abhishek Banerjee, is actually one of the casting directors.

Ajji belongs to veteran theatre actress Sushma Deshpande. In the role of a lifetime, she carries the film entirely. Ajji's determination and quest for justice drive this distressing drama. Don’t miss it!

Ajji is scheduled to be screened at the Habitat Film Festival at New Delhi's India Habitat Centre on Friday 18 May 2018 at 9 pm.