Watch The Hungry at the Habitat festival for Naseeruddin Shah, Tisca Chopra's masterclass


The stage is set for a red wedding in this updated adaptation of William Shakespeare’s older play.

Director Bornila Chatterjee brings the Bard’s writing to northern India in this modern-day adaptation of his early work The Lamentable Tragedy Of Titus Andronicus. The Hungry follows the Ahuja and Joshi families, headed by Tathagat (Naseeruddin Shah) and Tulsi (Tisca Chopra), who are about to be joined in wedlock.

But behind the happy exterior of a wedding, darkness lurks in both camps. Tulsi seeks revenge for the death of her son Ankur (Suraj Sharma). She suspects Tathagat’s hand in his death. Meanwhile, Tathagat is wary of Tulsi’s intentions towards his much younger son Sunny (Arjun Gupta).

But before the nuptials can take place, Tulsi’s other son Chirag (Antonio Aakeel) and Tathagat’s daughter Loveleen (Sayani Gupta) disrupt their long-in-the-making plans, spelling destruction for both families.

Here is why you should save the date for this updated tragic retelling from the Bard:

The film is adapted from the playwright’s earlier unfamiliar play, and while the subject matter is not for the faint of heart, the story, with all its twists and turns, will intrigue audiences. 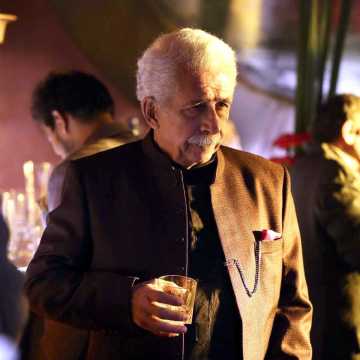 The film’s two leads, Shah and Chopra, are in their element. Their characters, in their own ways, believe their methods and actions are correct. With a single look or prolonged silence, they convey volumes and remain the focus through all the gore and insanity. 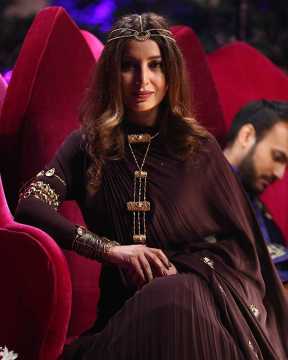 With the film being set in northern India, cinematographer Nick Cooke exploits the moody, misty exteriors of an Indian winter for the Ahujas' vast mansion, all decked for a big fat wedding. Production designer Aradhana Seth keeps the modern yet traditional costumes and set designs classy and luxurious.

The Hungry is scheduled to be screened at the Habitat Film Festival in New Delhi on 18 May. [The film is co-produced by Cinestaan Film Company, a sister company of Cinestaan Digital Private Limited, which runs this website.]