Amborish Roychoudhury on debut book: Everything was serendipity


In an interview with us, the author spoke about his selection of cult films in the book In a Cult of Their Own: Bollywood Beyond Box Office, and how through interviews and research he is reintroducing them to audiences.

Photo: Amborish Roychoudhury
give your opinion

Before his first book, In a Cult of Their Own: Bollywood Beyond Box Office, was published last month, Amborish Roychoudhury has been writing about cinema through various platforms, online and off. He began blogging a decade ago and discovered many avenues, writing for Cine Blitz, Filmfare and Times of India Crest. But a chance message on Facebook led to a publishing deal with Rupa Publications and the opportunity to write about cult films.

“[It] was not there in my mindspace that I could write a book,” Roychoudhury explained, of his initial interactions. But he came around to thinking he could expand his thoughts much more in a book than in an article. 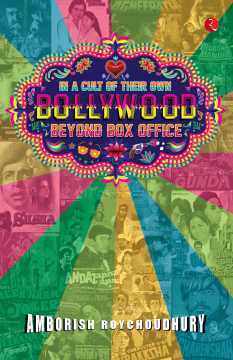 Cinestaan.com visited Roychodhury at his day job at an advertising agency to speak about his journey from blogger to author and how his first book came together. During the conversation, he discussed how the now-defunct blog, passionforcinema.com, influenced his writing.

Roychoudhury, who has been a film buff for a large part of his life, said he discovered blogging from the website.

“Passionforcinema.com was started by this film buff based out of Australia and it became a platform of film buffs and enthusiasts who used to come and write about cinema. It was very interesting and vibrant. Those were the days of forums — blogs were not that popular. This was the first big platform on cinema where indie filmmakers, particularly, Anurag Kashyap, Abbas Tyrewala, Sudhir Mishra [contributed to the blog],” he recalled.

Others contributors like Neeraj Ghaywan, Navjot Gulati, Soumen Mishra, and Utpal Borpujari all work within the film industry today.

“It was very democratic forum and Anurag Kashyap, the god of all things indie today, was almost like one of us. He used to write actively, with a sort of a sharp sarcasm towards the mainstream industry. That’s when I discovered that you can write online and people can read and comment. So I became an active contributor on passionforcinema.com. When the blog shut shop, that’s when I decided that I should start a blog on my own.”

Roychoudhury, who is originally from Silchar, Assam, came to Mumbai for work and through his group of friends, also film buffs, got motivated to pursue his writings on cinema, on the blog and on other platforms. His first article was published in Cine Blitz magazine, on the 1950s trio of Raj Kapoor, Dev Anand and Dilip Kumar and their comparison to today’s Khans (Aamir, Salman, Shah Rukh). Thereafter, he wrote for other publications and film-related websites.

“It gave me a high like no other, because to me, it was surreal,” he said, of his writings coming in print.

Around 2014, Rupa Publications reached out to him after reading a post he wrote about the progression of villains in Hindi cinema with India’s economic realities.

“They pinged me on Facebook saying that we’re constantly on the lookout for new writers, would you ever give a thought to writing a book about villains. I first thought somebody was pulling my leg obviously, because I had never thought this was worthy of a book.”

Eventually, he selected two ideas that he thought could be written about. One was a biography of Naseeruddin Shah and the other was a book on cult movies. Earlier, he had written about cult films for dearcinema.com, but for a book, he could write about more films. And after finding out that Shah was already working on his autobiography, the idea for a biography was moot. 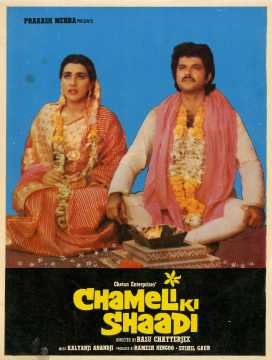 As he began writing about cult films like Chameli Ki Shaadi (1986), Raakh (1989) and Agneepath (1990), Roychoudhury widened the definition of a cult film.

Besides writing about these good and not-so-good films, he also interviews many of the talent behind and in front of the films from actor Aamir Khan [about Raakh and Andaz Apna Apna (1994)] to filmmaker Sai Paranjpye [about Chashme Buddoor (1981)]. He confesses it was easier for him, a film fan writing about cinema, to land these interviews as the artistes didn’t view him having a hidden agenda.

As a youngster, Roychoudhury had been taken with Raakh (1989) starring Aamir Khan. He remembered, “I read the review but never got around to to watching the movie. I watched the film much later online. It hit me really hard, this perfectionist Aamir that we talk about today had his genesis back then when he worked in a film as dark as this.” 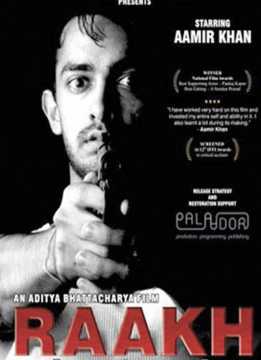 When he contacted the director of the film, Aditya Bhattacharya, they set up a time to talk through Skype as he lives in Barcelona, Spain. Bhattacharya suggested that he speak with Raakh’s co-writer Nuzhat Khan. She, in turn, said she could get the film’s hero, Aamir Khan, to speak about the film.

While Aamir Khan spoke to Roychoudhury about Raakh and Andaz Apna Apna, he recommended another film to be added to the list — Jo Jeeta Wohi Sikandar (1992).

25 years of Jo Jeeta Wohi Sikandar: The 90s classic that almost got shelved

“I had initially contacted him about these two movies, he ended up calling me again and when we got talking, he said, ‘Yaar, why don’t you add this film as a matter of fact? We had envisaged this as a huge film, as a blockbuster, it didn’t do as well as Qayamat Se Qayamat Tak (1988), it did reasonably well.’ But today, even today’s kids sing that song. It has got a very youthful and vibrant kind of a quality but it’s not frivolous. It’s about the struggle of one man, about the bonding of two brothers and essentially about that family. It broke grounds from many perspectives, looking at adolescence in a manner of speaking.”

Through Aami Khanr, he also got to speak to the film’s director, Mansoor Khan, who divulged many interesting facts about the making (and remaking of the film). Initially, the film’s cast was quite different and 80% of the film was reshot. Thinking about those artistes first cast — Milind Soman, Girija Shettar, Nagma — makes one wonder what kind of a film that would have turned out to be.

Interviews like these, and the one with Shah, help bond the book together. Roychoudhury strongly believes it’s due to serendipity that everything just neatly fell into place.

“Rupa Publications was kind enough to come to me and read my stuff; they found it good enough. When the book happened, the interviews, the way they happened, I can spend the entire night telling you how each interview happened, everything was serendipity. Somebody helped, somebody gave me reference, somebody else told me about somebody else, that’s how everything happened,” he said.

When asked about how films like Surakksha (1979) and Gunda (1998) have gotten a second lease on life thanks to YouTube and Twitter, Roychoudhury attributed the social media and digital platforms for enabling the passion for cinema for film buffs around the country.

“There are so many people like us, in the backwaters and the small towns, more than a city like Mumbai, I would say. If you go to small towns, you will find so many film fans. Their walls are full of small cut-outs and when they talk about cinema, they talk about it with a lot of glow and passion. But the only thing is, in these small towns, films are not seen as a very valid or an important thing to talk about.”

Today, a lot of trivia and information about older films can be found online. Through these social media platforms, writers and fans can discuss their favourite artistes and films and revive them again.

He gives filmmaker Sajid Khan due credit for initiating the talk about trashy films, even saying it would be Sajiid Khan’s abiding legacy to Indian cinema

“Sajid Khan used to do a show called Kehne Mein Kya Harj Hain on Sony TV. Later on he did another show called Ikke Pe Ikka on Zee Cinema. Both of these were equally popular,” Roychoudhury said. “He would know every character artiste and do these small segments about ham scenes, when he would talk about Mac Mohan, Jagdish Raj, [etc]. All of these came from him and we had no internet back then. But all of these things injected in our brains, manifested when internet came about. I would say Gunda and all of this appreciation of trash, so to speak, came, the genesis of it, was Sajid Khan somewhere. When you say that, where or why this appreciation came about all these cult films, I would say that somewhere it’s that, part of it is one’s own obsession with Hindi cinema.”