The actress was the only Indian chosen by the American newspaper as part of its tribute to 15 remarkable women.

49 years after her death, the actress Madhubala was honoured with an overdue tribute to her life and career in The New York Times. She is the only Indian in the list of 15 remarkable women remembered by the newspaper on International Women’s Day on 8 March. The New York Times is an American newspaper founded in 1851.

Written by assistant editor Aisha Khan, the obituary compares her tragic life to that of Hollywood actress Marilyn Monroe's, a beauty who also died young at 36. The writeup details her overnight stardom with Kamal Amrohi’s Mahal (1949). She made her debut as a child artiste and quickly transitioned into a leading lady at age 16. 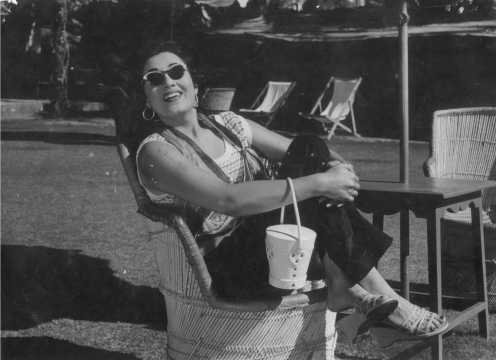 “Besotted poets called her 'a living Taj Mahal,' but Madhubala’s radiant beauty was not cold or forbidding. Her dreamy eyes, vivacious smile and mischievous laughter gave her a girl-next-door appeal,” Khan writes. She notes that the young actress “often portrayed modern young women testing the limits of traditions”.

As her career grew with films like Mr And Mrs 55 (1955), Kala Pani (1958) and Chalti Ka Naam Gaadi (1958), so did her popularity on the global front. The tribute mentions that Life magazine did a profile on the actress and the New York magazine Theater Arts called her the biggest star in the world in 1952. Frank Capra even offered her a role in Hollywood, but because of her father, she turned him down.

No obituary on Madhubala would be complete without mention of her landmark role as Anarkali in K Asif’s Mughal-E-Azam (1960). Her tumultuous love life, including a tense romance with Dilip Kumar and eventual marriage to actor-singer Kishore Kumar, is covered too.

“Despite her success and the breadth of her work, Madhubala’s acting skills were still under-appreciated. She never won any awards, even for her biggest hits,” Khan writes.

Born with a ventricular septal defect (hole in the heart), the actress acted in more than 70 films before she died on 23 February 1969.