Ajay 'Singham' Devgn to have cameo in Ranveer Singh's Simmba?


Buzz has it that Devgn will make an appearance in his Bajirao Singham avatar in Simmba, directed by Rohit Shetty.

Rohit Shetty and Ajay Devgn are thick as thieves. Save for the two films with Shah Rukh Khan — Chennai Express (2013) and Dilwale (2015) — Shetty has always cast Devgn in his films. Shetty's next Simmba has Ranveer Singh in the lead, but Devgn is likely to make his presence felt in the film too.

In December, entertainment website Pinkvilla.com had reported that Shetty was keen to cast Devgn in a mentor-like role for Simmba. DNA newspaper has now reported that Devgn will make an appearance in his Bajirao Singham avatar in Simmba. Singh plays the cop Sangram Bhalerao aka Simmba. 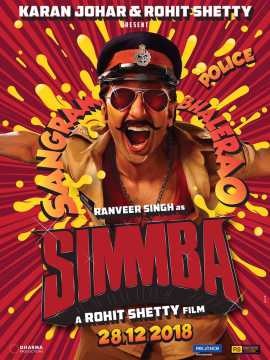 DNA quoted a source as saying, "Rohit wanted someone to play a special character, so he decided to approach Ajay, who will have an interesting part in Simmba’s climax. Every time Rohit plans a film, Ajay is the first one he bounces off his ideas to. In fact, he was the one who felt Ranveer would be ideal for this movie."

Simmba is the official remake of Telugu film Temper (2015). Simmba is set to be released on 28 December.