Actress Shammi, lovingly known as 'Shammi Aunty', passed away on 5 March due to a prolonged illness.

Actress Shammi, lovingly known as 'Shammi Aunty', passed away on Monday night (5 March) due to a prolonged illness. She acted in over 400 films through six decades in the Hindi film industry. Her infectious smile brought sets alive and her charm added a unique flavour to the characters she portrayed.

In an exclusive interview with Cinestaan.com, director Bella Bhansali Segal said she counts herself lucky to have worked with Shammi on Shirin Farhad Ki Toh Nikal Padi (2012). This was Shammi's last film, she played a grandmother to Boman Irani's Farhad Pastakia.

Birthday special: The many faces of Boman Irani

“I felt completely honoured working with Shammi Aunty. She added such flavour and enhanced the film so much with her wonderful performance. She is going to be missed because actresses like these are very rare. It was great fun working on the set of Shirin Farhad Ki Toh Nikal Padi with her. She got that Parsi flavour to the character and made it pleasant watching the character that she played. She was a special and very precious actress and I feel, in her own way, she's a legend,” Segal said.

Shammi was often cast in roles that displayed her natural vivaciousness. She began acting in films as a second lead and over the years transitioned from a friend to a heroine, from the hero's sister to a maternal figure, and from a mother to eventually a grandmother.

Veteran actress Shammi passes away at 87

Shammi was born and brought up in Mumbai as Nargis Rabadi. Her father, a Zoroastrian priest, died when she was only three years old and the daughters, Shammi and her elder sister Mani, were raised by their mother who earned the bread by cooking food for religious functions. Mani, too, eventually became a well-known fashion designer in the film industry. 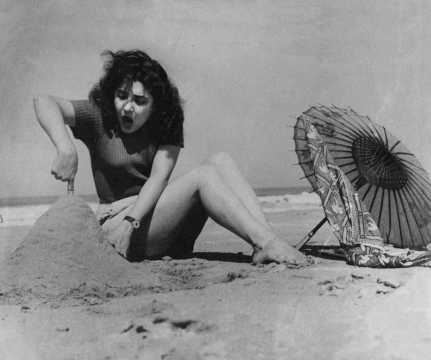 After her father's death, the family worked hard to make ends meet. The young girls worked many odd jobs, from putting a few hours at a toy factory in the Parsi colony where they stayed, to working for the Johnson & Johnson company.

A family friend who worked as Mehboob Khan’s assistant informed her of an opportunity to work in films and she landed a role in Shaikh Mukhtar’s film, Ustad Pedro (1951). The 18-year-old was cast as the second lead opposite him and Begum Para and rechristened Shammi for the big screen. She was signed on for a monthly salary of Rs500 on a three-year contract with Mukhtar.

In an interview with Rediff.com, she recalled, “Mehboob's actor from Aurat, Harish, was directing the film. He said my name would have to be changed since there is already a Nargis [Dutt] in the industry. So my name was changed to Shammi.”

Malhar (1951) was Shammi's first film as the lead actress, where she was seen with Arjun and Moti Sagar. Her performance in the film was appreciated and thereafter was often seen on the big screen.

While working on Malhar, produced by the singer Mukesh, she and the other Nargis ended up being the best of friends. The friendship lasted until Nargis Dutt’s death in 1981. The close pair were often spotted laughing and spending time together off and on film sets.

Shammi had said of her best friend, “We were like soul mates. We would sit and chat for hours. She could guess what I was thinking — that's how close we were.” Nargis introduced her to reading and they would go hunting for new material to read. 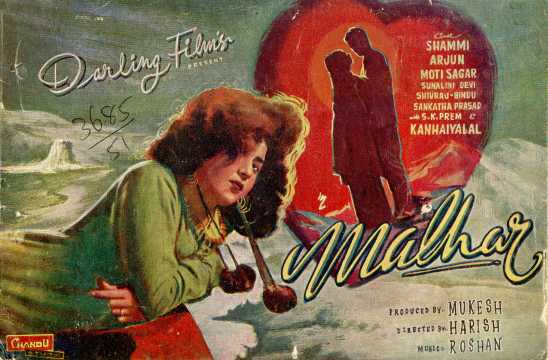 Shammi was part of a love triangle with Dilip Kumar and Madhubala in Sangdil (1953), a film inspired by Charlotte Brontë’s Jane Eyre. In the song, ‘Ye Hawa Ye Raat Ye Chandni’, she plays a sitar as Dilip Kumar’s character playfully flirts with her.

Unfortunately, Sangdil didn’t do well and Shammi had to take up any role that came by. The downward streak continued with many of the later films and eventually Shammi was slotted in the character actor category. She didn’t seem to regret it much though. “Thank god, I emerged as a character actress. If I had remained a heroine, I would have continued to play purely ornamental roles, with the hero chasing me around trees,” she said in an old interview. 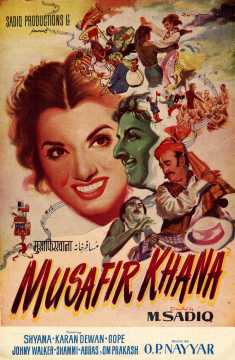 She excelled in comic roles with films like Musafir Khana (1955) with Shyama and Gope and tried her hands on dubbing too with films like Samaaj Ko Badal Dalo (1970) and Teen Bahuraniyan (1968) for Gemini Studios. The founder, SS Vasan, would fly her down to Chennai for a day’s work. The sociable Shammi was a friend to all within the film industry and was the only female artiste in music composer C Ramchandra’s group that visited the Indian army posted at the borders. 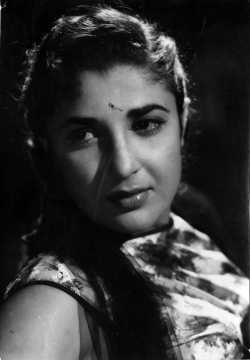 She married Sultan Ahmed in her 1930s, but their marriage ended after seven years. Shammi turned producer with Pighalta Aasman (1985), starring Shashi Kapoor, Rakhee, and Rati Agnihotri, which failed at the box office and brought her great financial losses.

Dilip Kumar and his leading ladies

During the 1990s, she was a familiar face on the small screen with TV shows like Dekh Bhai Dekh, Zabaan Sambhal Ke and Shriman Shrimati.