Veteran Bengali actor offered a few glimpses from his long career and spoke of his latest film, Honeymoon.

Veteran Bengali actor Ranjit Mallick has had an illustrious career spanning almost five decades. He has acted in films like Interview (1971), Guru Dakshina (1987), Shakha Proshakha (1990) and Nater Guru (2003). These films, among many others, not only earned him critical acclaim but also established him as one of the most important stars of the Bengali film industry.

Fondly called ‘Belt-man’ for his successful action films, Mallick made a comeback with Premendu Bikash Chaki’s Honeymoon (2018) after a prolonged break since his last film Duti Mon (2011) that released on 23 February.

Speaking to Cinestaan.com, Mallick shared his experience of working in Honeymoon, that is a modern day remake of Salil Sen’s Chhutir Phande (1974), starring Soumitra Chatterjee, Aparna Sen and Utpal Dutt, and offered a few glimpses from his long career. Excerpts. 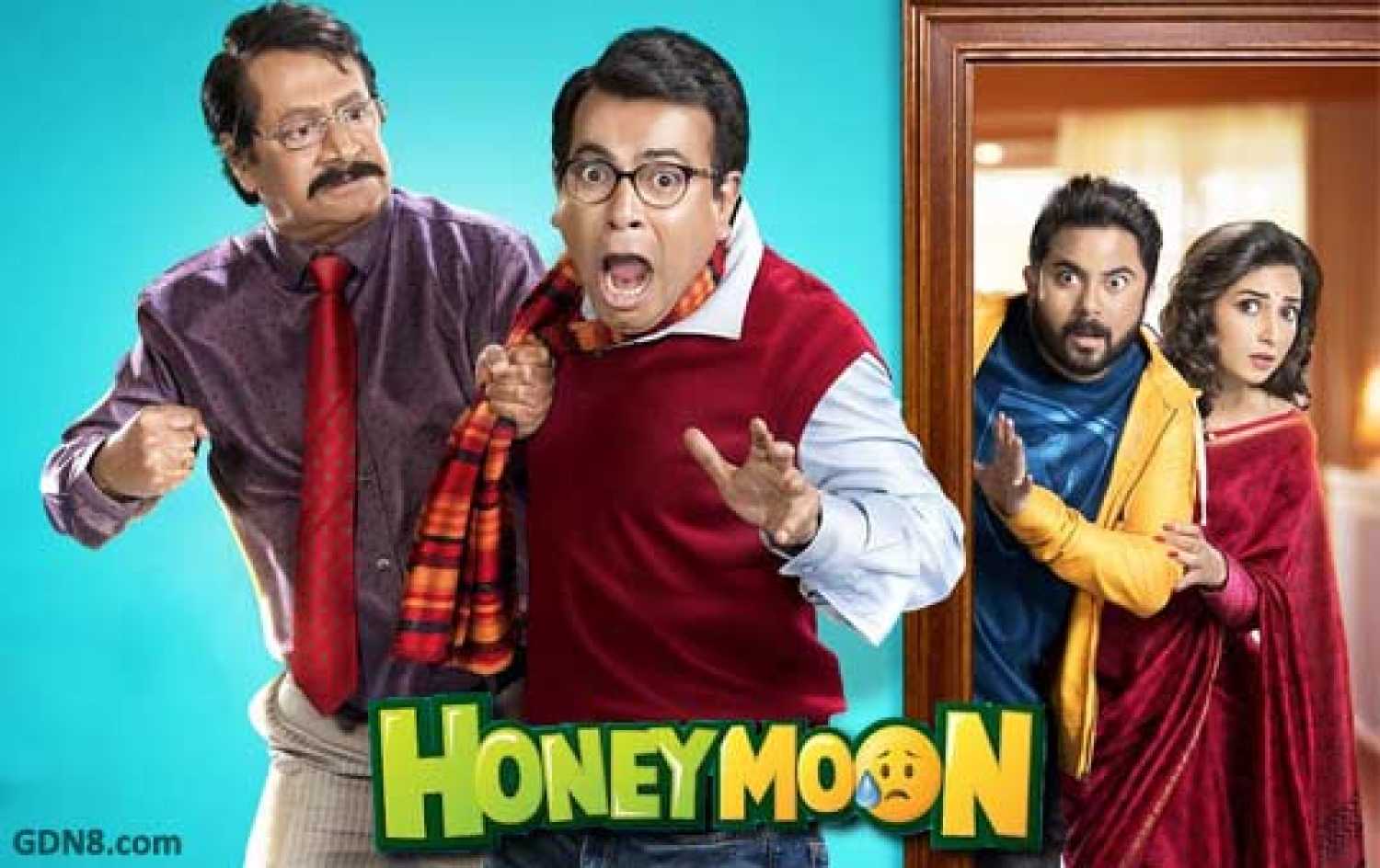 How was the experience of working in your recent film, Honeymoon?

Honeymoon is an entertaining film. People would love to watch it. We know that laughter is very much needed to lead a healthy life. The film has been essentially made to make the audience laugh to its heart’s content.

I had a good time working in this film. Though Chaki is a first-time director, I had already worked with him in a few films. He is a very good cinematographer. He had told me that he would approach me if he had a good script in hand. When I read the script of Honeymoon, I found it quite interesting and hence decided to work with him.

Did you decide on your comeback after reading the script?

There was a long gap in my career. My colleagues from the film fraternity and many directors repeatedly told me not to give up acting. Chaki was one of them.

Besides Honeymoon, I have already completed shooting for two more films. One is Haranath Chakraborty’s Kantay Kantay, which is a murder mystery, and the other is Nehal Dutta’s Aparajeya, which is again a comedy with a realistic story.

Did you face any challenges while enacting the character of PK Bhattacharya, which was played by Utpal Dutt in Chhutir Phande in 1974?

Not at all! First of all, the film was made almost 45 years ago. I don’t really remember anything from the film and I am not really sure whether I have watched the film. I am only aware that a film was made with the same story by the author [Samaresh Basu].

How do you look at the transitions in the long journey of your career?

Yes, it has been a long time — 47 years. I feel, in those days, stories used to be much more realistic. Now, a lot of variations have been brought in in terms of subject matter for commercial purpose. The technical aspects have improved beyond belief and the industry has become much more professional. Also, I have a lot of regard for the actors of the present generation.

How did your debut (Interview — 1971) happen with a legendary director like Mrinal Sen?

I came across an advertisement for the film in a magazine. My curiosity eventually led me to the director, who asked whether I had any experience in acting or films. I told him that I was an amateur, but I had knowledge regarding the content of the film. Then fortunately I got selected in the screen test and hence I got the film. With God’s grace, I also received the International Best Actor award at Karlovy Vary for my performance.

Did you always want to be an actor?

It was pure accident. My inquisitiveness had brought me my first film. From then, as I continued to receive many awards and found people really appreciating me on screen, I decided to stay on.

You have done various kinds of roles. However, you are more popular for your action films, and some of your dialogues have become synonymous with your identity. How do you see that?

Yes, I have heard that I have often been called the ‘Belt-Man’. Even in Wikipedia, it is written that 'he is better known as the ‘Belt-Man'.' Actually, I have portrayed quite a lot of rebellious characters for which I beat up enemies with belts and hence the title.

Besides Swayamsiddha, the film based on Bankim Chandra Chattopadhyay’s novel, I performed action-orientated roles in a majority of the films. My character in Interview was a rebel and, after many years, I again became the face of resistance in Satyajit Ray’s Shakha Proshakha.

Do you really prefer this stereotypical image?

Not really! I have always wanted to explore my potential in various fields as I did in Honeymoon. I have always had a special interest in comedy films.

Can you name a few directors with whom you have had the most interesting experiences in your career?

Actually, there have been so many! Starting from the world-famous Satyajit Ray and Mrinal Sen to many other good directors in the days of yore, such as Tarun Majumder and Ajoy Kar.

Later, I have worked with Anjan Choudhury, Haranath Chakraborty, Sujit Guha, Dinen Gupta — all of them are very good directors. Everyone has a distinctive style that has continuously added to my experience. Thanks to all the directors, I have been able to exploit my limitations repeatedly with a wide range of realistic and commercial films.

Talking about Sen, he had to work very hard to bring out the actor in me since I had no prior experience in films then. He put in an amount of effort that no other director was required to [sic].

The most interesting part of working with Ray was that he used to give a lot of liberty to the actors. We were always free to improvise on the sets while working with him.