Biopic on NTR launched at grand event in Hyderabad


At the grand event held at Ramakrishna Studios, actor Nandamuri Balakrishna said it could be his good karma in the past life which gave him the opportunity to play his legendary father on the big screen.

This was the moment many in Telugu film industry have long been waiting for... The launch of a biopic on the legendary actor and former Andhra Pradesh chief minister NT Rama Rao.

At an impressive ceremony which brought together the who's who of Tollywood on Thursday, vice-president M Venkaiah Naidu gave the muhurtham (mahurat) clap for the movie in which actor Nandamuri Balakrishna will be playing the role of NT Rama Rao, his father.

At the grand event held at Ramakrishna Studios, Balakrishna said it could be his good karma in the past life which gave him the opportunity to play his legendary father on the big screen.

"We are making this film to ensure that the present and coming generations know about NTR and his great contributions to the film industry and to society," said Balakrishna, who had dressed up as Duryodhana for the muhurtham shot.

Director Teja and other members of crew created a court scene from the Daana Veera Saura Karna (1977), the blockbuster in which NTR played the roles of Karna, Lord Krishna and Duryodhana.

Balakrishna admitted that it was no easy task to do a film on NTR.

"It is even more difficult to do justice to his multifaceted personality. We are working hard on the script which will be the most challenging part of doing this film," he said.

Balakrishna explained why they choose this day to launch the film. He said it was on 17 March 1951 that Pathala Bhairavi (1951) was released but the massive response at the box office forced the producer to release more prints on 29 March.

The film created history with the highest number of prints in south India. It turned out to be a blockbuster and made NTR a mass hero. 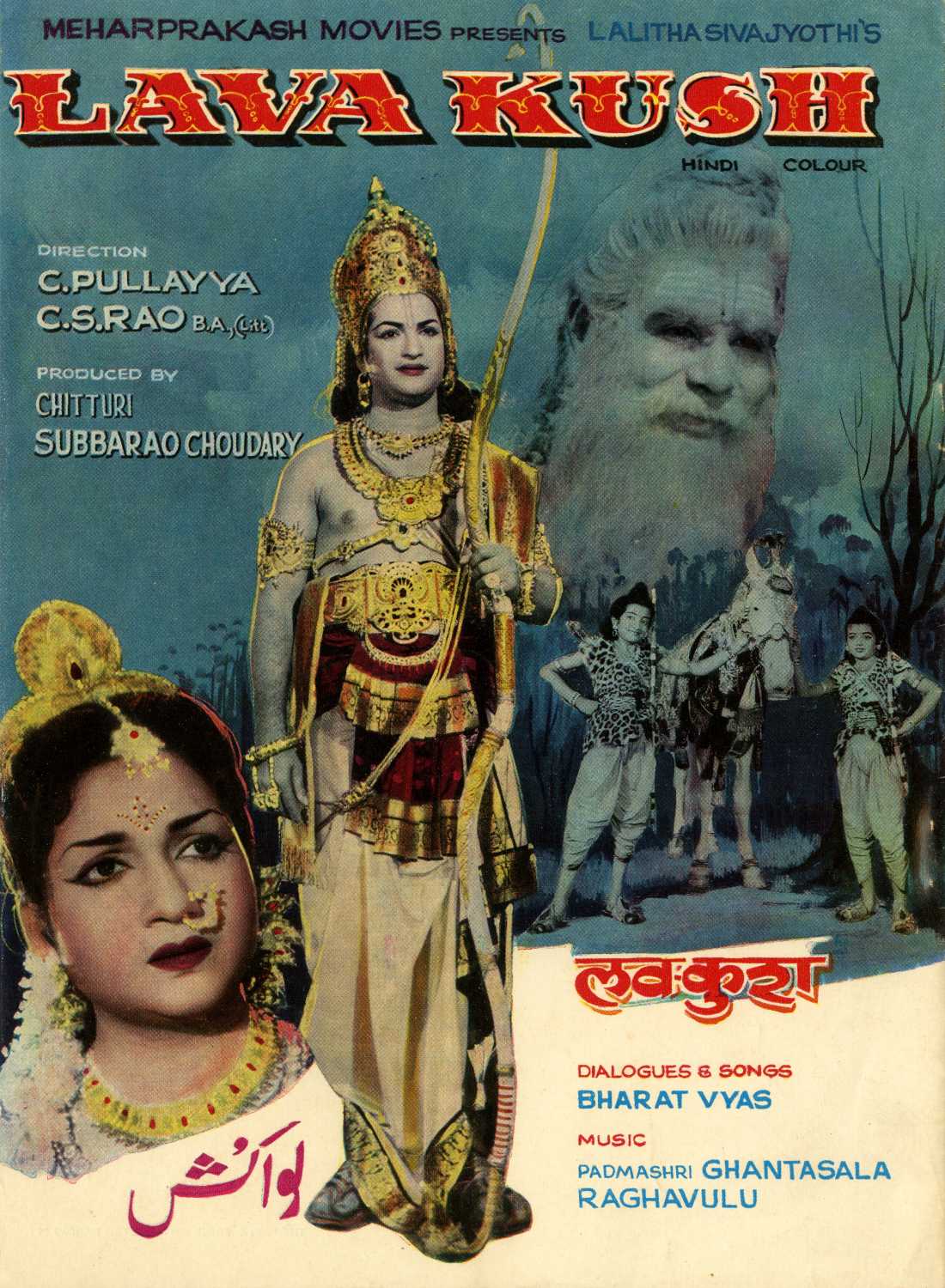 "It was on this day (1982) that NTR founded the Telugu Desam Party," said Balakrishna, who is also a TDP legislator.

Teja said he was lucky to get the opportunity to direct a film based on the life of NTR. "I am his biggest fan and I never even in my dreams thought I will be directing a film on him one day," he said.

Teja said they had enough content from the life of NTR to make as many as six films. He said it would be a challenge to compress them into one movie.

Teja said the regular shooting of the film will begin from 30 March. He plans to release the movie, to be made in Telugu and Hindi, during Dussehra.

Venkaiah Naidu said that he usually does not attend film functions but since this film is about NTR, he accepted Balakrishna's invitation.

Paying tributes to NTR, the vice-president said his portrayal of Lord Krishna and Lord Vishnu would always be remembered. He also recalled the late leader's contribution in preserving the language and the culture and his championing the cause of Telugu people.

Teja is planning to begin shooting in Chennai, where NTR was a government employee in 1947. He quit his job after he got an opportunity to act in BA Subba Rao's Palletoori Pilla (1950).

Produced jointly by Balakrishna, Sai Korrapati and Vishnu Vardhan Induri, the film will cover the meteoric rise of NTR as a mass hero and later his entry into politics.

Balakrishna also wants to highlight some incidents that happened in his father's life but which remained hidden from the public.

NTR, the thespian who was worshipped as god by many, had created a record by coming to power within nine months after launching the TDP, ending the monopoly of the Congress in Andhra Pradesh politics.

With revolutionary pro-poor schemes like Rs2-a-kg rice and total prohibition, he became one of the most popular leaders in Andhra's history.

NTR also played a key role in bringing together non-Congress parties at the national level by floating the National Front.

Interestingly, Chandrababu Naidu, who is now the chief minister of the bifurcated Andhra Pradesh and national president of TDP, did not attend the launch of biopic.