People react to actor's dialogues, Mercury does not have that scope: Director Kartik Subbaraj


At a recent media interaction, the director explained the concept of his 'no-language' film, and gave his reasons for casting the malleable dancing star, Prabhu Deva, as an antagonist.

Having made his start as a director with films like Pizza (2012) and Jigarthanda (2014), director Kartik Subbaraj has created a name with his stylistic techniques and genre.

With his next, Mercury (2018), the director is attempting to push the envelope further by quieting Prabhu Deva. The film is loosely based on the 2001 Mercury poisoning in Kodaikanal, Tamil Nadu, and is being touted as an entirely silent, 'no language' film.

Prabhu Deva raises expectations with the mysterious 'The Mercury Song'

To cast one of India's best dancers in a silent thriller, as an antagonist, might feel like a dubious decision, but Subbaraj is convinced. He explains, "Prabhu sir came into my mind because not only is he a great actor, but because he has not done a film in this zone. There is no song sequence, no dance scenes, he is an antagonist. So I asked him. I narrated the concept to him for 15 minutes, and he immediately agreed to it." The silence is the 'unique point' of the film, he added, "Its a good thing that he agreed to it."

However, the director revealed that Prabhu Deva had put on his dancing shoes just for the promotional video. It seems that is all the dance he will be allowed to do for Mercury.

The actor does have another film, Lakshmi, which is set to hit the screens close to when Mercury is released. Directed by AL Vijay, the dance-based film will have Prabhu Deva as his usual hot-stepping self.

Further, Mercury will not only have no dance sequences, it will also be devoid of Subbaraj's signature dark humour. "It is an out and out thriller. From the first frame, it launches into the story. It is a very crisp film so there is no scope," he emphasised.

Written by Subbaraj, the film also stars Remya Nambeesan, Sananth Reddy, among others. While functioning on a unique concept, Mercury takes its roots in realism. The director stated that the title comes from the infamous case of Mercury poisoning at the Hindustan Unilever factory in Kodaikanal (2001).

"This film also talks about big corporates exploiting small town. Bhopal Gas Tragedy [1984] is one iconic reminder. There is Kodaikanal in Tamil Nadu, where a thermometer factory dumped mercury into the river. This affected the people in the region. This incident affected the script as well. That's why I named it Mercury," he said. 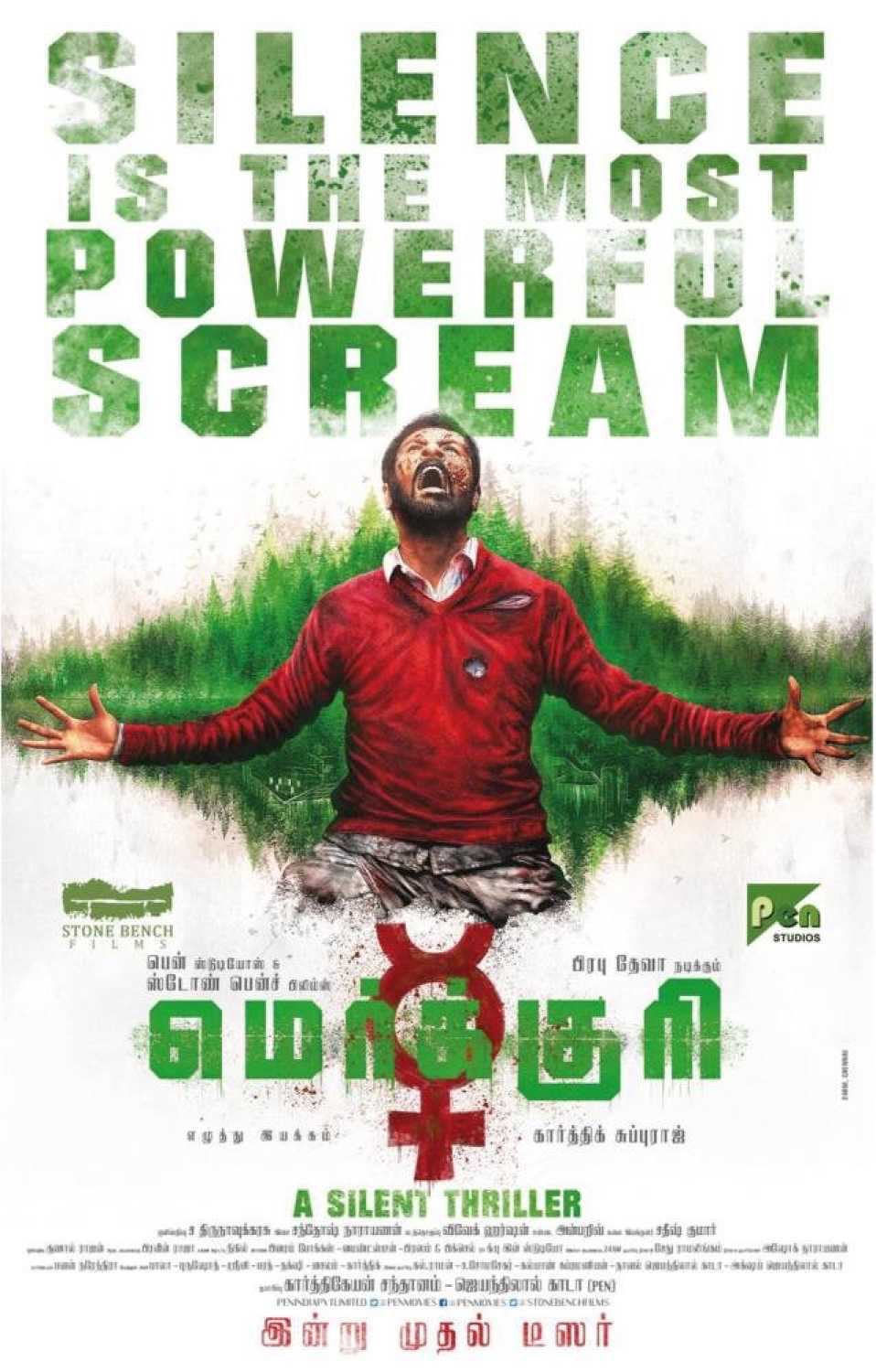 However, it is the concept that truly adds to the intrigue of the film. Subbaraj mentioned that it was his short film, Black And White, which served as an inspiration for this experiment. Mentioning Kamal Haasan's Pushpak (1987), he revealed, "I learned filmmaking through short films, I did a 10-minute short film, Black And White, which had just one or two dialogues in 10 minutes. I thought then that I should try making a feature."

The challenge, according to the director, was not in the writing. "For Amitabh (Bachchan) sir, when he acts in a frame, people react once he says a dialogue in his modulation, his style. This film does not have that scope. So, for actors it was quite tough. Apart from Prabhu Deva sir, there were Sananth, Deepak, Anish, young guys who were doing a big role for the first time. And to do it without dialogues was very tough for them," he revealed.

The difficulty was overcome with month-long workshops and 'training' with the actors. Another key element was the music by Santhosh Narayanan. However, Narayanan did not come on board till after the pre-production of the film was complete.

Subbaraj said, "We were very clear that we were not going to fill the film with music. It had to be a part of the film to convey the story. That's how we worked, and the good thing is that Santhosh did not have to do any work before the film. He saw the film. He didn't even read the script," before adding, "I just told him to watch the first cut, and then he took on the challenge. He took quite some time and it has now come out very well."

As for the audience, the director is convinced that the film will 'hook' them. "If they are coming for entertainment, then this film is a commercial thriller. It will keep them hooked. I don't think you need any special preparation for this film," he stated.

Subbaraj is also co-producing the film under his banner, Stone Bench Creations, and is looking at the creative side of the production business. "A producer is also a creative job. It is not just funding. A producer needs to understand the script, what it requires, what it doesn't. If the producer does this job well, the director's job will only be to bring out a good film. It won't be other things like focussing on the market," he explained.

Subbaraj is set to begin work on his next, which will star Rajinikanth. For now, he awaits the release of Mercury on 13 April.