Disha Patani: Tiger Shroff does not like horror films


The actress spills the beans about her Baaghi 2 co-star and rumoured boyfriend's dislikes.

Neeraj Pandey’s MS Dhoni: The Untold Story gave a much-needed hit to male lead Sushant Singh Rajput, but it also introduced us to the talent of Disha Patani, who made her Hindi fllm debut as Dhoni's first love.

Patani did not have a lengthy role, but it was a pivotal one. Her innocence and gorgeous smile won over the audience. The young woman was then seen in a film with Hollywood action star Jackie Chan before joining her best friend and rumoured boyfriend Tiger Shroff in Baaghi 2.

Barely three films old in the industry, Patani has become a popular actress and has a large fan following on social media. She is popular in the advertising circuit too, endorsing some big brands.

It is indeed hard to take your eyes off Disha Patani when you meet this enchanting but soft-spoken beauty. While some of her answers seemed rehearsed, she largely spoke from the heart while interacting with a group of journalists.

She kept her answers short, and you could sense her media shyness. Nevertheless, she revealed some of Tiger Shroff's likes and dislikes, explained why she is comfortable working with a friend like him, and defended the controversial 'Ek Do Teen' remake. Excerpts: 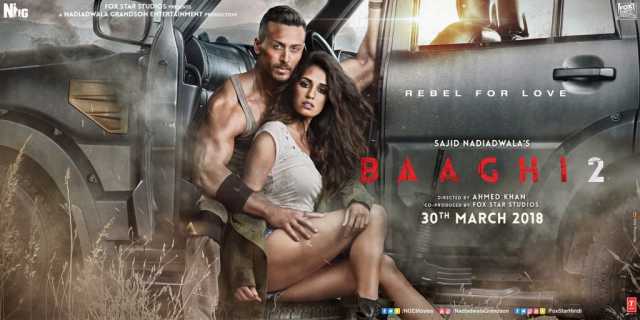 You started off with MS Dhoni: The Untold Story (2016), then did the international film Kung-Fu Yoga (2017). Though it has been just two years since your debut, it does seem like a long wait for your fans.

I am really excited about Baaghi 2 (2018). I am excited for people to see my work. We all have worked hard. It's a strong story, one that I hope people can connect with and relate to.

The film is an adaptation of the Telugu film Kshanam (2016). Have you watched it? Or wasn't that required?

Yes, kind of. I haven't seen the entire film. Ours is a fresh film. I trust my director Ahmed Khan who knows it all. I don’t think there was a need to watch the other film.

Tiger is a very good friend of yours. What is it like to work with a friend in an action film?

It is great. The genre doesn't matter. We have great bonding. When you do some scenes, you need that kind of understanding, especially when you have to improvise. You know that person will not be taken by surprise.

The two of you did a single together (Befikra). You are close pals. Fans like to see you together. 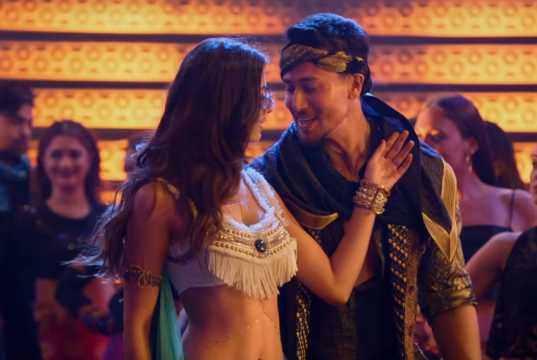 Is it? I didn’t know that. Look, we are both super energetic. We have the competitive spirit too, especially while dancing.

He is very focused, hard-working and a nice human being. The one bad thing about him is the the way he cheats on his diet. We usually cheat [on the diet] together. We diet for a week or five days, then we eat sweets. He would go about talking how it is his day to gorge. Also, he doesn’t watch horror films.

Since you mentioned horror flicks, which are your personal favourites?

Tiger Shroff seems to have a grim tone to his character in Baaghi 2.  What is your impression of him in the film?

I have known him for 2-3 years now. I think, I’m not sure (laughs). For me he will always be a friend, he will always be the same. When you see someone every day, you don’t really notice the difference. But I am sure he is growing by the year. I feel when guys grow, they start looking better. Actually, even the girls. He is becoming better, he is blooming like a flower.

Superb. He tolerates me a lot. I am very childish on the sets. Ahmed Khan is a good actor himself. Ask him how should I shoot and he will act it out. Sometimes he would just carry the camera and shoot himself. He would become your DoP [director of photography], choreographer, he is an all-rounder.

Baaghi 2 has a couple of remakes. The 'Ek Do Teen' song has got mixed reviews. The original architects, Saroj Khan and Tezaab (1988) director N Chandra, were not impressed. If the original artistes haven’t liked the remake, when a remake doesn’t get the respect of the original creators, does it mean the song has failed? 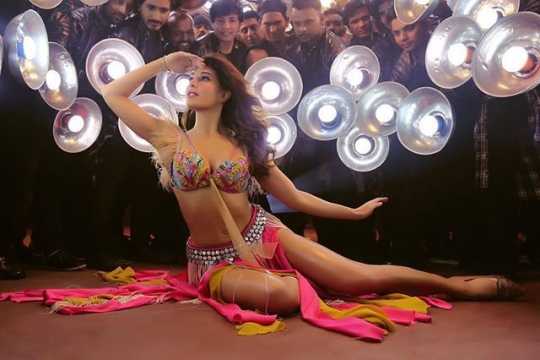 Well, the remake does need to get the respect of the original artistes. But I loved the remake.

People are comparing it with Madhuri ma’am. But she is a dance legend. How can anyone be compared with her? It’s just a tribute to her. You give tribute to someone who is truly big. If tomorrow I give tribute to Beyonce or Michael Jackson, it doesn’t mean I am like them or comparing with them. I can never be them!

It’s a new song, a remix, and one should take it lightly. Please don’t start thinking it is an insult to the old song. I would like to believe that people are enjoying it.

Leave aside the Baaghi tracks, but are you a fan of remixes?

I don’t think about remixes. If I like the sound, I go for it.

You must have been very young when the original 'Mundiyan' song from Boom (2003) came out.

Yes, it was one of my favourite songs then. I must have danced to the track at various weddings. I love the song.