A look at what the showman thought of the failure of his controversial passion project, a film that had been in the making for years.

Filmmaker Raj Kapoor’s love story Satyam Shivam Sundaram failed to connect with audiences when it was released in 1978. Kapoor, the original showman of Hindi cinema, had made the film, a passion project, after the runaway success of his teenage love story Bobby (1973), which starred his son Rishi and introduced Dimple Kapadia. Prior to that, another labour of love, Mera Naam Joker (1970), had bombed badly at the box office.

During the 1950s, Raj Kapoor had wanted to make a film starring Lata Mangeshkar titled Soorat Aur Seerat (Face And Soul). In the book Raj Kapoor Speaks, the filmmaker stated, “Way back in the fifties she used to sit and delight us with her music until the wee hours of the morning. I would close my eyes and go into a trance. No wonder god doesn't endow a woman with [both] a heavenly voice and exceptional beauty. She could wreck the world! I wanted to make a film about an ordinary girl with a beautiful voice which ensnares a young, handsome man. I had asked Lataji to act in it. She agreed but later she backed out.”

Two decades later, Kapoor returned to the subject with Satyam Shivam Sundaram (1978). Initially, he thought of casting Dimple Kapadia with her husband, Rajesh Khanna. Then, he thought of Hema Malini for the lead role, but eventually the role of Rupa went to Zeenat Aman. 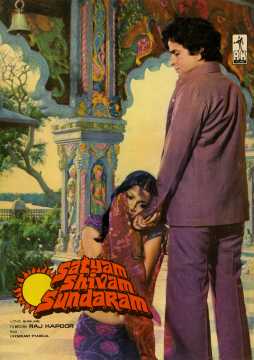 Zeenat Aman had said the filmmaker “was still scouting around for a girl when I went across to his cottage... dressed exactly as he had visualized his heroine. When I knocked on the door and he asked who it was, I replied, 'Your future heroine'. I think he was touched by my dedication and determination to act in his film. He made me take a screen test, which was an experience by itself. I got the role, I put myself totally in his charge. I was like clay in the hands of a potter.”

Kapoor filmed Satyam Shivam Sundaram at his beloved farm at Loni in Ahmednagar district of Maharashtra. A whole village and a temple had been set up there and the filmmaker believed the location, with its proximity to the Pravara river, was lucky for him. The film starred Kapoor’s younger brother Shashi as the male lead and was released on the festival of Holi on 24 March 1978.

Shashi played Rajeev, an engineer who comes to oversee the construction of a dam in Rupa’s village. The daughter of a priest, Rupa’s face has been disfigured in a childhood accident. She maintains the temple and can usually be found singing devotional songs. 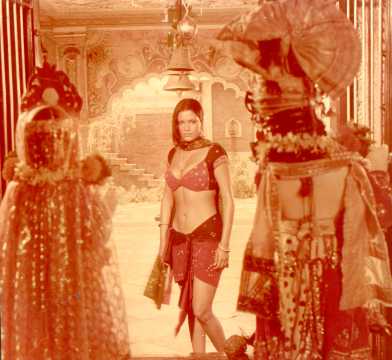 Rajeev is mesmerized by Rupa's voice and falls in love, not knowing that her beauty is marred. They marry and then he discovers the truth. The couple grow estranged and separate, until a natural tragedy forces them to re-examine their conceptions of love and beauty.

Years later, the filmmaker tried to analyse what went wrong. He felt he was “projecting the philosophy that it is love and faith which sanctify a relationship and that beauty is only skin-deep. If you remember, the film begins with the shot of a stone by the side of a road. Then you see people decorating the stone with flowers and kumkum and praying. It then becomes their god. What turns a stone into a god? Our love, belief and worship. The message was not understood by all and the film flopped.”

Kapoor felt that the controversy over the nudity in the film and the accusations of exploitation against him were unfound. In the same book, he said, “When the film [Satyam Shivam Sundaram] was complete, I asked the censor board, 'Which is more harmful, this or what you are permitting?... You see the banners and posters all over India. Everybody is holding a gun or a sword or something with which to kill — in a country that propagates non-violence! Can't you understand that that is what is harmful'?” 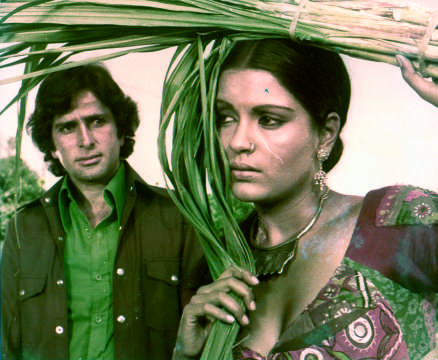 He defended himself saying, “If a Fellini shows a woman in the nude, it is considered art. If I show off a woman's beauty, it's called exploitation!

"What influenced my work of the early fifties is not necessarily what will influence the work of the eighties. It is not that idealism has been lost. I have taken up themes in which women are perhaps more active than men or are more subjected to emotional tyranny by society."