People will want to take Amitabh Bachchan, Rishi Kapoor home: Umesh Shukla on 102 Not Out


The director said the film is very young at its core, and is confident that it will appeal to all the age groups.

As the first look of 102 Not Out — featuring Amitabh Bachchan as a "cool" 102-year-old father and Rishi Kapoor as his "old school" son — came out on Friday, director Umesh Shukla said the film is very young at its core, and is confident that it will appeal to all the age groups.

102 Not Out will bring forward the relationship between the 102-year-old father and his 75-year-old son on the silver screen.

Starting the countdown to the trailer of the film — which stars cinema legends Amitabh Bachchan and Rishi Kapoor, the first look of the film was released on the social media. The look is very quirky, and shows Rishi coming out of an egg shell, while Bachchan — with his silver mane — is seen laughing mischievously at his on-screen son. 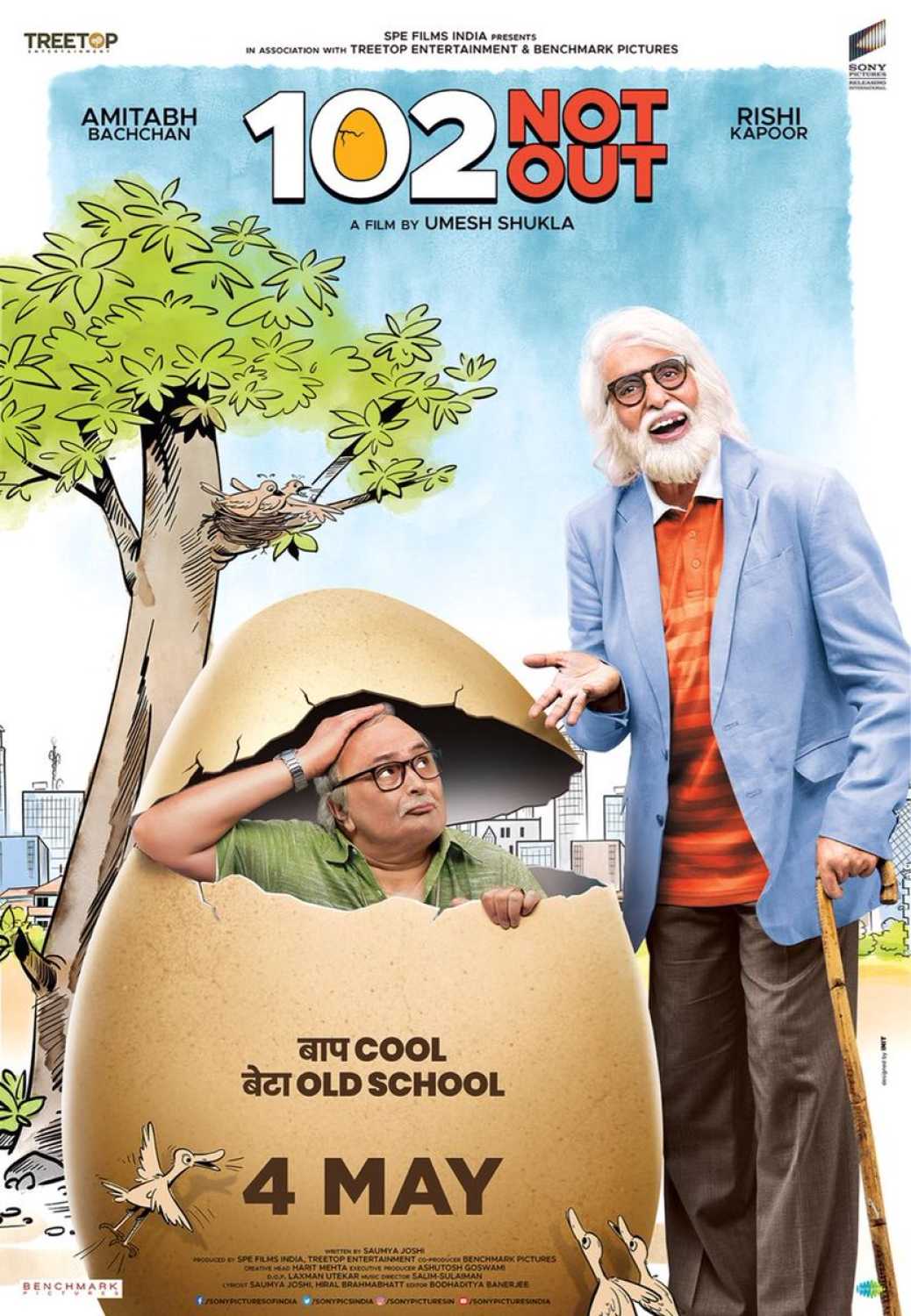 Shukla says they plan to release a series of posters, and the first look marked the beginning of their campaign.

"We want this fun to grow in a particular manner, so that is why we have used comic element," Shukla told IANS over phone from Mumbai.

"We are releasing a series of posters... You will come to know more about the characters after second or third poster, and then the trailer."

Billed as the most unusual father and son love story, 102 Not Out is based on playwright Saumya Joshi's well-known Gujarati play by the same name.

102 Not Out is produced by Sony Pictures Entertainment Films India, Treetop Entertainment and Shukla's Benchmark Pictures. The film is slated to be released worldwide on 4 May, and its trailer will be out on 27 March.

The film is about a centenarian who wants to break the world record of being the oldest man alive, which is held by a 118-year-old Chinese man. He plans to do it by putting his son in an old age home. 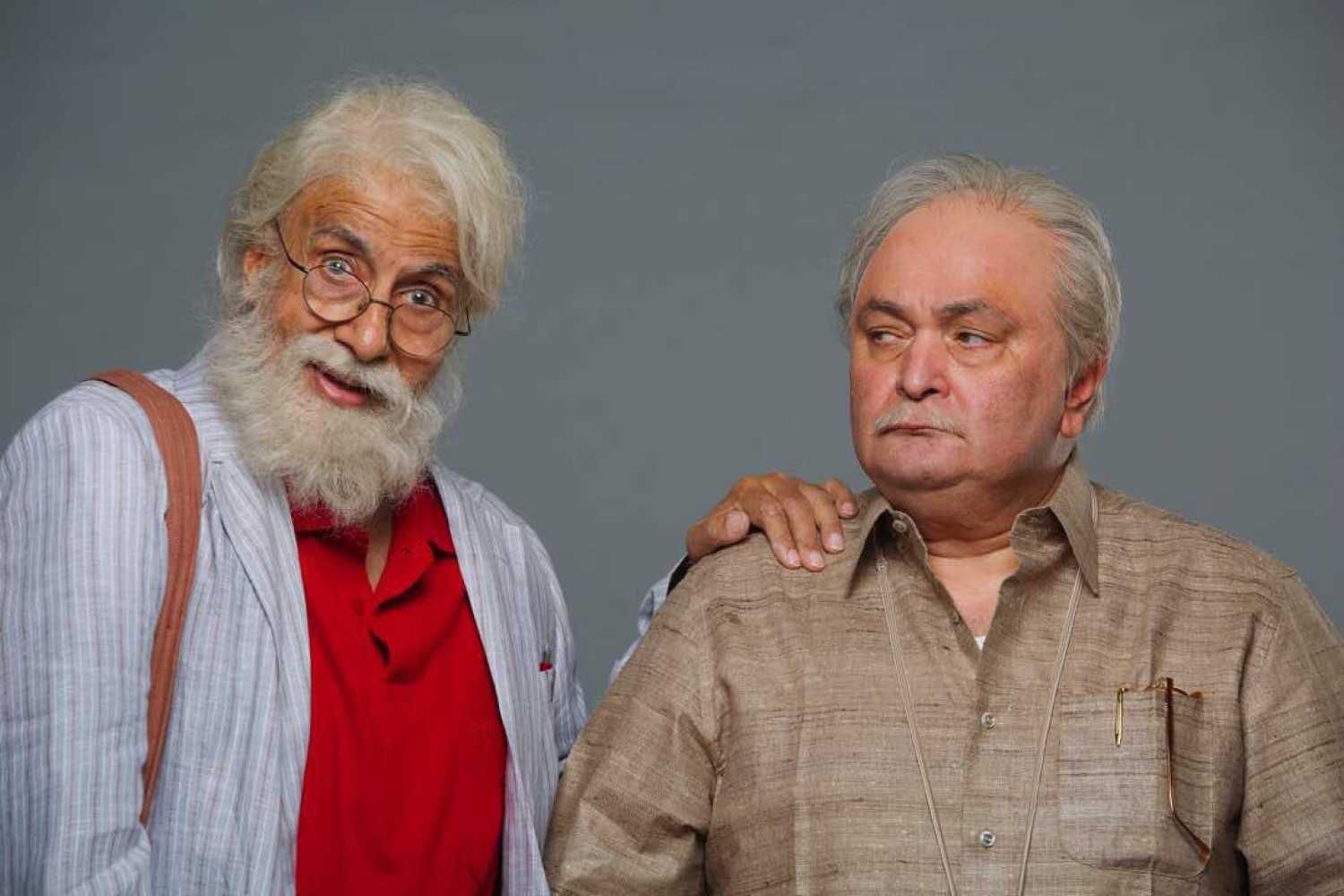 "For the first time, Amitabh and Chintuji (Rishi) are essaying Gujarati characters. We have seen them as friends and brothers, but not like father and son. People will love them. After watching the film, people would like to take them home (in their mind) and not leave them behind in the theatre."

The OMG: Oh My God! (2012) director says Bachchan and Kapoor got onto the project in only 10 minutes.

"They loved the script so much. We narrated it to them and in ten minutes they loved the idea. And then we sat on the script. They were on board from the first day only.

"It was never like 'I will read the script and then decide'. The storyline is so unique and interesting."

Shukla says the film explores the subject of longevity.

"What are the qualities that you need to not just live long but also to live happy. It is a very young film and youngsters will love this film," he added.

In fact, Bachchan and Kapoor were in awe of the fresh and fun take in the poster campaign as well.

"They loved it. They were in sync with it. We didn't want to show two old man sitting on a bench in a garden — which is the image which comes into the mind of many.

"Our marketing team worked on the idea and then we showed the presentation to the actors. They loved it and said it is very fresh, new and unique," Shukla said, signing off with a promise to divulge more once the trailer is launched.